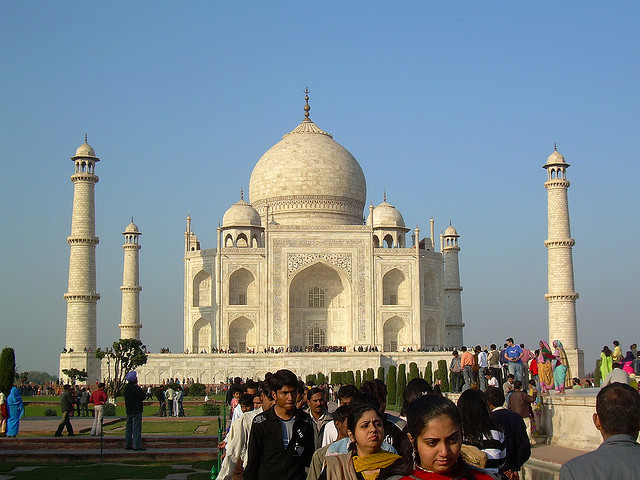 Everyone’s seen the picture, but actually going there is a different experience altogether.

As heavy snow and sub-zero temperatures this month plunge Britain back into the depths of winter and prolong our winter blues, there seems like no better time than the present to start planning that all-important summer getaway. From desert drives and jungle safaris to lazy days on islands that are paradise on earth, never before have there been so many ways in which to discover and enjoy the world around us. So, why not make 2012 your year of travel?

Top of the list of places to visit this year according to leading travel magazines such as The Sunday Times Travel and Lonely Planet is India. It’s eclectic mix of colourful cuisine, chaotic cities, tranquil temples and sun-drenched beaches results in an intoxicating, cultural cocktail for visitors. From delicious curries in the north of the country to specialities such as Idlis – fermented rice cakes – in the South, food lovers will not go hungry, and for those seeking spiritual sustenance, the country’s abundance of temples and shrines will make for a truly tranquil visit.

However, a trip to India is not complete without exploring her most iconic cities; visit the chaotic capital, Delhi, a city that never ceases to captivate its visitors with its two distinct characters: old and new Delhi. Wander through the city’s old quarter to discover bustling streets and monuments such as the gigantic Jama Masjid mosque and the famous Chandi Chowk market streets. New Delhi boasts Connaught Circle, testament to the city planning of the colonial era, and the Rajpath, a broad boulevard home to fine colonial architecture that leads to the war memorial India Gate, the setting for Delhi’s finest museums.

Once you’re done with India’s capital, why not head to a city that is fast becoming the hip place for young Indians to go – Mumbai. Admire stunning architecture at the Chhatrapati Shivaji train terminus, dating back to the Colonial era, or explore ancient Asian artefacts at the Chhatrapati Shivaji Maharaj Vastu Sangrahalaya Museum and the best of Indian contemporary art at the National Gallery of Modern Art. Alternatively, relish the tranquil ambience of the Babulnath Mandir Hindu Temple before hitting the town in the fast-paced Juhu district. Once you’ve sampled what this exhilarating city has to offer, you’ll never want to leave!

However, a visit to this country of contrasts is not complete without a trip to the city of Agra to contemplate the breathtakingly beautiful Taj Mahal, a monument which took over a decade to construct, and one which lays bare the richness of India’s history and culture. No matter what you do in India, it’s a country that will imply mesmerize you – it’s a country that you’ll never forget.

A second top ten destination for 2012, and one not a million miles from enchanting India, is the stunning island archipelago of The Maldives. This island nation abounds in unspoilt, porcelain white sandy beaches and enjoys year-round sunshine, creating the perfect destination for those seeking total relaxation. Made up of thousands of islands spread across some 26 atolls, or coral islands, and with each resort island comprising just one hotel, peace and tranquillity are guaranteed.

However, frolicking on a secluded beach and paddling in the Indian Ocean’s azure waters are not the only ways to relax on these islands of paradise. The Maldives’ extraordinarily beautiful coral reefs abound in tropical marine life and thus make for excellent diving and snorkelling expeditions, while the warm, tranquil waters of the Indian Ocean are the perfect setting for dolphin and whale watching expeditions.

If you still want more out your holiday to The Maldives, then visit the enchanting island capital of Male. Surrounded by coral reefs and positioned in the middle of the Indian Ocean halfway down the Maldives archipelago, Male is a city brimming with life. From sparkly white mosques and sleepy streets inland to soaring skyscrapers and bustling markets by the water’s edge, this is a city where old meets modern. Although one of the world’s smallest capitals, Male is a city so charming that she will keep you coming back time and time again.

A third and final hot destination for 2012 is America’s infamous Route 66. Once known as the ‘mother road’ through America and considered a major route for those migrating West during the 1930’s dust bowl, today this is an extremely popular route for self-drive holiday enthusiasts who wish to discover the American heartland. This route, no longer considered an official highway with the arrival of the Interstate highways, negotiates some 2,448 miles of countryside, beginning in the windy city – Chicago – and finishing up in the home of Hollywood – glitzy Los Angeles. Among the many iconic stops along the way is Springfield, Illinois. This is the perfect place to sample America’s history, home to one of the greatest American presidents, Abraham Lincoln. Other notable stops include the famous Wagon Wheel Motel in Cuba, Missouri and the Wigwam Village in Holbrook, Arizona, at which point the route begins to rip through piercingly hot, wild west-like towns en route to its final destination of Los Angeles. This unique and historic highway will make for a fascinating trip not only through America’s rich tapestry of geographical landscapes but also through the history and culture exclusive to the American heartland.

Hopefully these ideas will provide you with food for thought for that much loved summer getaway. Why not do something a little out of the ordinary, explore the world further, and make 2012 a year to remember!