To Shave or Not to Shave? 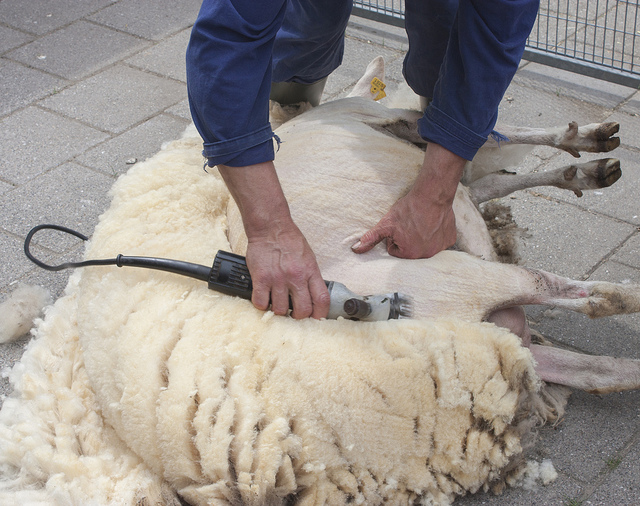 The expectation for girls to remove their pubic hair has catapulted in recent years. In my social group, the majority of girls I’ve spoken to regularly shave or wax ‘down there’, and the majority of guys would be surprised to find a girl who’s chosen to stay au naturel. There are undoubtedly arguments for it: some see it as more attractive; others think it keeps them fresh and hygienic; not to mention that oral sex doesn’t involve any tongue tangling for your chosen sex buddy. But despite this, there are massive downsides to pubic hair removal that suggest we should rethink our decision to go bare.

For one, it can increase the risk of infection and sexually transmitted diseases. According to Emily Gibson, the director of the health centre at Western Washington University, ‘Pubic-hair removal naturally irritates and inflames the hair follicles, leaving microscopic open wounds.’ Perhaps shaving our pubes is not as clean as we might like to think, if we’re leaving ourselves open to infection and disease. There’s also the problem of being left with itchy, irritated skin, followed by a prickly regrowth and ingrown hairs.

Another problem is the danger of some girls removing their pubic hair purely because they feel socially obliged to do so. Body hair in general is often seen – perhaps unfairly – as something that is masculine, therefore suggesting that one could not be both womanly and hairy. Almost all girls now choose to remove their armpit and leg hair from a relatively young age; the playground would be a cruel place for those who dared to be different. But is the social norm to remove our pubes a step too far? Some people would suggest it is, citing society’s obsession with looking not just younger, but childlike, as the cause for this trend.

There are a number of reasons why people, such as The Independent’s Louisa Saunders, think that society has a worrying tendency to sexualise what should be childlike. A lack of pubic hair is associated with pre-pubescent girls, as is a lack of armpit hair. Both blusher and lipstick mimic the rosy cheeks and fuller-coloured lips that a child might have. Even hair lightening can be seen as a harkening back to childhood. Although this outlook may seem rather farfetched – after all, pubic hair removal is so common now that an association with pre-pubescent girls has been forgotten – the argument presents an interesting idea about why the trend began.

Of course, it’s not only women who are removing their pubic hair. Men too are beginning to shave or trim their bits. This has perhaps formed part of the growing trend of the past decade for men to groom themselves far more than they have done previously. Sunbeds, makeup and moisturising are no longer for women alone. It is no longer considered effeminate to care excessively for one’s appearance and this could be the reason for men to reach for the razors. There is again a link to pornography with the suggestion that a lack of hair can make a man’s ‘package’ appear all the bigger as it reveals more skin.

So, to shave or not to shave? The answer is, of course, that it’s up to the individual and what they feel most comfortable with. But it’s important to remember that no one should feel pressured into changing their personal grooming habits just because they feel like it’s the ‘done thing’, or because a partner expects it.