The Male Pill: Will We Have to Wait Another 10 years? 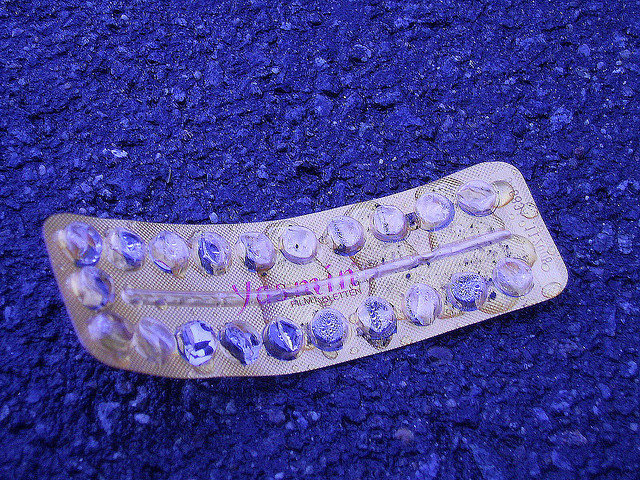 For years, there has been promise of a male pill; breakthroughs occasionally excite, but are quickly relegated to lie dormant in medical, and media, agendas. A quick internet search of such a drug quickly brings up articles describing medical trials from 1998; I haven’t seen anything that old on the internet since I was curious as to what a ‘gilf’ was.

So, what’s the reason for this stagnation? Why has this drug been at the trial stage for long over a decade? The usual suspects of funding and public (and therefore monetary) interests obviously play a part, and it’s not unreasonable to say that the contraceptive onus thus still falls irrevocably on women. This is clearly a political issue. For one, men, too, must be on board in order to decrease the burgeoning population worldwide. Culturally, the benefit of equal contraception rights is inarguably positive for both genders; the sexual revolution has been stalled, and perhaps only with male contraceptive freedom can it truly run its course.

Much like cold-fusion and travel to mars, male birth control is always ‘just around the corner.’ There are so many options, too: ultrasound to make a man sterile for six months at a time, hormones, patches, implants and so on. Medically, of course the reliability depends on the method’s ability to cope with the sheer number of sperm: 1000 every second are produced. One female egg, therefore, is comparatively easy to work with.

Obviously the fear of loss of libido, and other social and psychological side-effects play a part too. It is what happens to women on the pill, after all. Bizarrely, researchers from the University of Stirling recently found that women taking the pill at the time they met their future husbands tend to have longer marriages despite feeling less satisfied with their sex lives than women who don’t use the oral contraceptive. Because of the prevention of hormone fluctuation, a woman’s sexual taste varies less and the importance of seeing qualities in your man such as potential fatherhood skills become more pronounced. They did, however, have much lower sex drives on average; ironically it’s the exact opposite to the intentions of female sexual liberation. That’s not to mention all the other side effects, including weight gain and depression. I, personally, have been on the pill consistently for eight years. Would I be a different person without it? What a terrifying thought. All methods of contraception include side effects, but when seeing friends who’ve had the implant physically sick for weeks on end, or seriously depressed one wonders: to what end?

When the male pill is mentioned, there is always the consideration: ‘but will they remember to take it?’ To me, this is just incredibly patronising. However, perhaps this is inevitable, and no blame should be laid. Women are constantly bombarded with reminders that they can make babies. Furthermore, they are constantly reminded that it can happen accidentally. Consider this: no matter what the situation, men are only required to think about safe sex right before or as it’s happening, but rarely in the interim. Whether or not she’s sexually active, a woman is constantly aware of her ability to menstruate and get pregnant. A woman gets tested to make sure she doesn’t have a disease, or cancer, or polyps, and is probably on or considering some form of birth control based on the possibility that she might have sex in the future. Because male birth control doesn’t exist, guys don’t even think about it. With a male pill, guys would be forced plan beyond just a condom in the wallet. They would have to chat with their doctor, try different methods and get regular check-ups. Birth control would finally be in the collective male mind.

The male pill would certainly destigmatize the female use of the pill. Currently, birth control is a single sex issue. The pill is a women’s rights issue, a ‘special interest group’ issue, an identity politics issue, a liberal issue. Women, particularly young women and teenagers, are often not just embarrassed to go on the pill, but are seen as promiscuous for doing so. It’s a responsible decision, but as a teenager are not encouraged to feel good about it. A parent finding your contraceptive pills is a traumatic moment seared into the memories of our generation. In essence, it’s not the male pill that needs developing, but rather our cultural attitude regarding the gendered responsibilities of contraception, conception, pregnancy and parenting.