Sex in the Ancient World: Back to the Basics 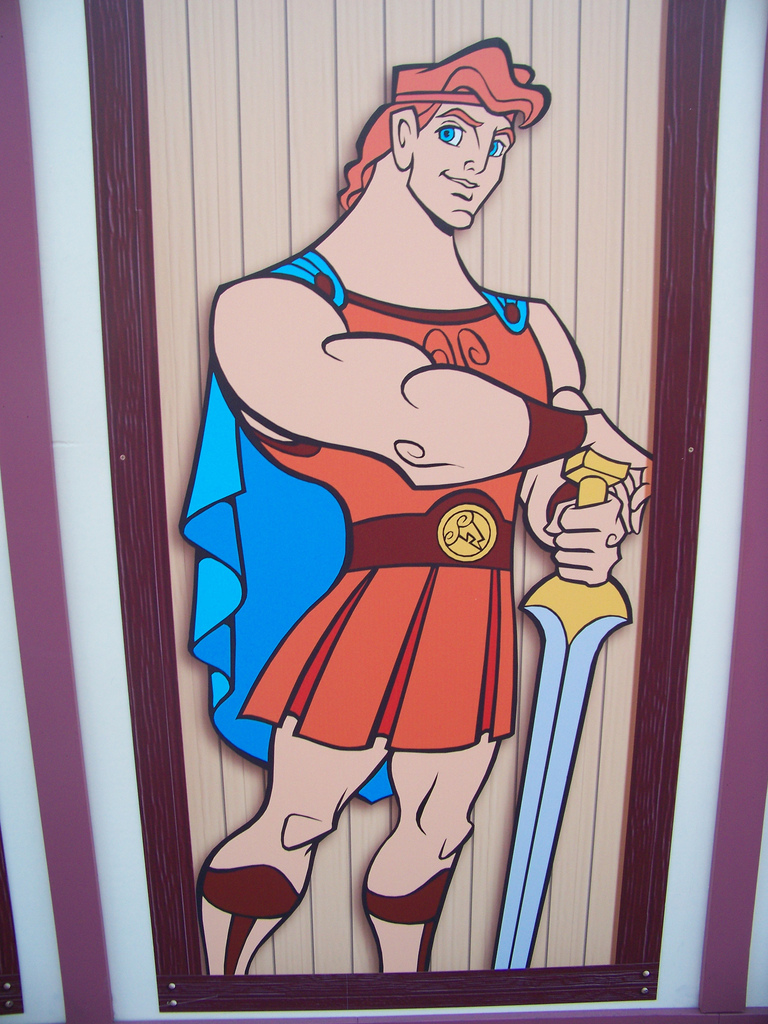 He’d probably know his way around the bedroom…

The increasingly liberal attitude to sex in the modern world has resulted in enough outlets to satisfy even the most voracious of carnal appetites. A barrage of texts, sparked off by The Joy of Sex in the seventies and culminating with the Fifty Shades trilogy, all display an acceptance of our culture’s thirst for sex and romance. Many believe this age to be the zenith of sexual freedom in literature, but could it have peaked two thousand years before? Roman love poetry is enough to make today’s teens blush, whilst tales of lecherous Greek gods and their debauched doings are plain kinky. Look away now if you are in any way prudish about toy-boys, doing it outside and faking orgasms.

What’s more, the filthy myths are hardly Spartan in their doses of sauce: a crowd-pleaser tells of how Zeus raped Leda in the guise of a swan. A Google image search will give some ‘tasteful’ representations by a cohort of artists – from Renaissance to Romanticism, it’s clear that this libidinous Greek god holds a sustaining interest across the millennia. Euripides’ play Hippolytus assumes the mantle of ‘most sexually deviant plot,’ choosing to elaborate on the popular myth of angry Aphrodite awakening incestuous desire within a stepmother for her stepson. Of course, it all ends with violence and death, in the true manner of Classical tragedy.

It’s all very well to listen to a few dirty stories, but what were our ancestors to do if they wanted some real-life loving? Without Klute on standby, it was hard for shy Roman men to find a girlfriend (or at least get a cheeky kiss). Luckily Ovid, a love poet seemingly with one thing on his mind, was on standby: he composed The Art of Love to share his secrets to a ‘successful night’ with his fellow men. He advocates going for a walk or visiting a chariot race as fail-safe ways to find that special someone, whilst a trip to the beach may be equally beneficial, echoing the motives of today’s Kavos-bound teens and twenty-somethings. Ovid gives the tip that, at the theatre, girls come ‘to watch, and to be watched as well.’ To top it all off, he stresses the importance of not forgetting your girlfriend’s birthday.

This useful compendium was considered so explicit that it is said to have resulted in Ovid’s banishment from Rome by Augustus. The ‘moral laws’ of 18–16 BC centred ‘on adultery and chastity,’ as described by the historian Suetonius; fathers were even allowed to kill their married daughters if they found them in the act with an illicit lover. Yet Augustus’ own sexual history is a saga to rival any gossip-worthy political scandal: he bedded the wife of his advisor, Maecenas, and divorced his own wife Julia on the day she gave birth to his child.

Yes, lust was on the minds of the ancients. But, I hear the hardened reader of bestselling soft-porn paperbacks cry, did they actually write about sex? Where are the steamy toga-clad scenes of passion? Well, Ovid, purveyor of the filthy, can help with exactly that. In an afternoon sex session in his Love Poems, he describes how he ‘ripped off’ the ‘loosely veiled tunic’ of his lover, Corinna, to reveal ‘the form of breasts fit to touch.’ Saucy stuff. Yet a focus on foreplay leaves readers wanting more: Ovid coyly sums up the deed with the question, ‘who doesn’t know the rest?’ For this, turn to Lucretius, who describes how lovers ‘eagerly press their bodies together and join saliva in the mouth, and, panting, press their mouths with their teeth,’ resulting in their ‘limbs liquefying, overthrown by the strength of pleasure.’

Think you’ve heard it all? Ovid goes so far as to visualise sex positions in The Art of Love. Wisely decreeing that ‘one method is not fitting for everyone,’ he advises that lighter girls suit the cowgirl position, whilst those with ‘pleasing backs’ should try doggy style. Ovid even instructs his followers on how to fake it: just ‘invent the sweet joys with a false sound.’ For those Romans with more ‘unique’ tastes in the bedroom, ideas may be found in the practices of the poet Horace, who reputedly ‘had prostitutes placed in a mirrored bedroom, so that, wherever he glanced, an image of coitus would be reflected to him.’

This carefree, primal attitude focusing on the pleasure of the moment seems almost simplistic in our modern lives, where we know all too well that the complications arising from Facebook and texting somewhat detract from passion. But preliminary worries about romance were definitely present: Ovid assumes the role of an agony aunt in revealing his secrets to make you irresistible to a prospective partner. Listen up everyone…

For the ladies, focus on the natural look, as hair dye is ‘poison,’ but a degree of suffering for beauty is required: wear heavy ‘precious stones from the East’ as earrings – guaranteed to make men swoon. TOWIE girls, pay attention to sage Propertius, who teaches that ‘naked Love does not love an artificer of a form.’ Additionally, Ovid states that to make yourself an attractive Roman man, understand that ‘a neglected form is more appropriate,’ as ‘it is not pleasing for you to curl your hair with tongs.’

It is clear that the girls of yesteryear liked a rugged Heathcliff type as much as they do today. True romantics wanting tales of enduring love should look no further than the ancient epics: Odysseus spent ten years travelling back to his homeland after the Trojan War, to be reunited with his wife – after slaying a hundred of her prospective suitors first. Epic is heartbreaking as well, with Dido being forced to part with Aeneas (who had the small task of founding Rome to get on with) after sleeping with him in a cave. Moreover, the Trojan War began all because of Paris’s love for Helen, bearer of the ‘face that launched a thousand ships.’

The hot-blooded, amorous ancients loved all things romantic, and clearly saw the funny side of sex, just as we do today. You can hardly say ‘it’s all Greek to me’ – after all, who wouldn’t want their own bronzed Adonis?