My Name is Claire, and I’m a Commitment-Phobe 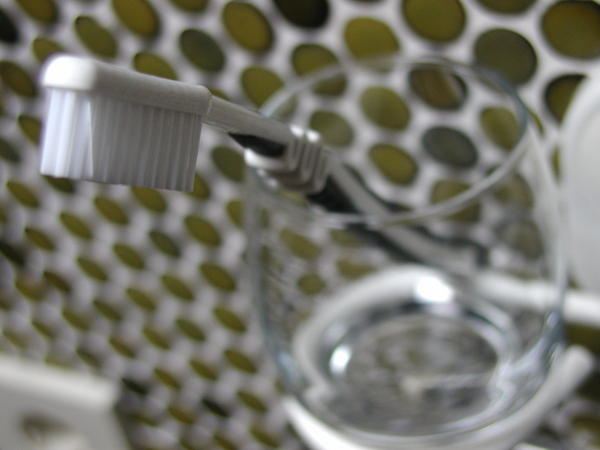 Not ready to share your toothbrush pot? You’re not the only one.

Apart from a few small blips on the timeline of my sexual history, I have never been in a relationship. And nor am I even tempted by one. The idea of entering into an exclusive union with another human being is confusing and unpleasant. Having to continually be associated by and judged by another person’s actions terrifies me. Dependence, compromise, cheating: these are not words that I like or want to invite into my lifestyle. Independent, free, safe: these words speak to me. In my mind, years of reading magazines and books, watching films and talking with my friends have taught me that relationships are horrible and hard, and always end.

I suffer from a little something called commitment phobia, which most women would recognise as a severe relationship handicap…. for men. For years commitment phobia was the mentality held by so many males, and cured only in the most romantic of cases. The inability to open up emotionally and take a relationship further is usually the curse of stoic males, who enjoy every other aspect of relationships until the moment of creating a concrete label, proposing marriage, or even just making things exclusive arises. Yet, I too cannot do these things. And I’m not the only girl I know. Some gene that appreciates romantic gestures, compliments and exclusivity seems to have been misplaced in my development.

But before you start wondering what’s wrong with me, I assure you, nothing. I’m not in love with my best friend or a repressed homosexual. My parents, too, are a perfect example of the opposite: happily married for 20 years and nothing to change for the rest of their lives, so the argument that watching unhappy violent parents separating tainted my romantic perception is completely false. Which begs the question, where does commitment phobia come from?

Some say fear. Opening up to someone makes you vulnerable to hurt. Trusting a single person with your thoughts, hopes, history, and honesty means relinquishing control to the other person, something men in particular dislike doing. And I can understand why. As a gender females are more inclined to share emotions, so when it comes to a relationship we continue as with our friends, but some men have never had to talk about their feelings before. But I’m not a man, and I have some wonderful, intimate friendships with both females and males where we share our feelings openly. And the stereotype of the stoic, emotionally detached man is not always applicable: some of my male friends, commitment-phobes too, find it easy to have open emotional relationships with women, but only those they aren’t romantically involved with.

Is there a reason why our ability to share ourselves with other people should change with the initiation of sex? Is it really the opening of emotions here that is scaring us, or the combination of sex and emotions? Like a lot of men, I have no shame in initiating and I am unafraid of rejection in sexual terms, accepting quite easily that everyone is attracted to different people. But while I will never be the first person to say those three words of affection, I will happily say how attractive I find someone. The majority of girls I know find opening up sexually very difficult to do; they’re insecure, sometimes inexperienced, or too sensitive to deal with their reactions afterwards. But they’ll happily turn around to a best friend and tell them that they’ve always liked him- to disastrous effects. How? I believe that opening up to someone sexually is much less stressful. Yes of course the body insecurities are a constant, but the pleasure still remains, and it can still be intimate and tender without having sorted out that you both love each other. The worst probable scenario here is a bad night: they may comment on your downstairs forest, or a weird birthmark. Open yourself up emotionally and the insult will sting a lot more than just “you should shave”.

Most often than not, I will reject a potential boyfriend on the grounds of stress. Not because I’m scared of being hurt, or hurting him, but because relationships are stressful. My commitment phobia does not come from being fearful they’ll betray me but from being too lazy to invest my time, judgment and money in someone else. As a student I don’t have much of either of these. Imagining having to change my relationship status on Facebook and then change it back when it’s over makes me feel ill. Facebook gives budding relationships a new dimension, and I have so many better things to be doing than stalking my new boyfriend’s pictures to see how many girls he’s hugging. It’s just easier to not get involved. Enjoy the freedom of being called by my name, and not as someone’s girlfriend.

Maybe I have too much independence. Maybe I’m just not very good at compromising. My unwillingness to share my space, emotions and time is synonymous with the stereotype of men unwilling to let women into their bachelor pads. How could anything progress romantically when I am perfectly happy alone, with the occasional sexual intervention? My emotional needs are met already, and sometimes my sexual ones too, what else is there to satisfy (except maybe a good cuddling)?

Nevertheless, though I present my singledom as an experience born out of choice, truthfully it is more born out of fear. Romantically, I remain naive and inexperienced: I have placed love up high on a pedestal, voluntarily out of reach. I don’t want to be part of something with a time limit. Breaking up is embarrassing, and suggests that something is wrong with you. A rejection in love is a rejection of your entire being. They have seen the most inner, most vulnerable you and said ‘no’. It’s both and insult and a curse, and the longer relationships last, the more suspicious breakups become, a mess I seek to avoid, particularly in the confined spaces of our colleges.

I understand that commitment phobia is a truly pessimistic view on love, and accept that many people will disagree with my views on the impending doom of all relationships, especially those in committed relationships. However, that is honestly the outcome of the majority of relationships I have seen, whether with my friends, or in films and books. But as far as causes as to why I, and many others, feel this unwillingness to commit, I cannot see any particular one. Often it’s about fears of rejection and insecurity, but sometimes it’s about picking the wrong people, and age. All I know is, I’m going to be hugging my pillow this Valentine’s.