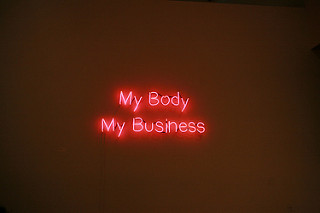 So, what does #MeToo mean? Over the past few months these simple words have come to mean courage, strength, dignity, and solidarity.

The rise of social media has enabled more than ever women to come together and speak out; the digital age has enabled the release of female voices which have exposed the entrenched nature of sexism within society. #MeToo stands testament to the change we are experiencing in feminism as we gradually move into the fourth wave. With a greater emphasis on men, intersectionality and young people, inclusivity is key. This was the goal of Tarana Burke, the founder of the campaign in 2006, who set out for it be a ‘grass roots movement to aid sexual assault victims in under privileged communities’. It has now flourished into an international call to end the silence due to the tweet of American actress and activist Alyssa Milano. And the noise has been deafening. Within a week of Milano’s tweet there were 12 million posts and reactions on Facebook and 1.6 million tweets (Associated Press). The ‘national reckoning’, as Jessica Valenti terms it, is coming.

According to the Department of Justice National Crime Victimization Survey there are, on average, 351’000 instances of sexual assault a year in the USA. #MeToo is about illuminating how prolific sexual assault is by combining the experiences of millions of women. Raising awareness is key and the more women and men that continue to say ‘me too’ will question the values and the structures of our societies. The movement is taking effect not only in the United States but in countries such as India where the chant ‘me too, me too, me too’ was taken up in New Delhi (November 10th 2017). Frustration and anger is being released world-wide and the voices will refuse to be repressed. It comes at a point in political history where election campaigns are fraught with sexual assault allegations that are largely ignored and the film industry is gradually revealing its culture of systemic abuse.

This is only the start but it is inspiring. Change is still needed within the political and legal systems for results to show but #MeToo is an inspiring start. Speak up and be loud. It is time to end the silence.