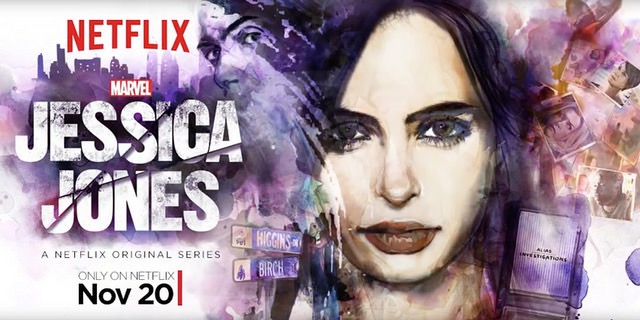 Recently, The Independent published a brilliant article about the Netflix series Jessica Jones portraying a realistic and eye-opening portrayal of domestic violence against women. The fact that the victim of the persistent attacks and sexual domination, the protagonist Jessica Jones, has super-strength, highlights even more the fact that any woman has the potential to suffer such abuse. The author of the article, Brydie Lee Kennedy, is a self-confessed victim of domestic violence, and her heartfelt support for the writers of the series for including such a serious problem in an incredibly accessible and sympathetic fashion demonstrates just how impressive its portrayal is. Kennedy argues that no series has come this close to understanding domestic abuse from a victim’s eyes before this unexpected innovation in a Marvel series.

Jessica’s inability to combat the psychic control of Kilgrave works as an effective analogy for the unexplainable control that domestic abusers can have over their victims. Violence within the home has sadly been an issue that has received little to no attention until very recently, recent campaigns by ‘anti-feminist’ groups (such as that led by controversial ‘pick-up artist’ Daryush Valizadeh) even fighting for the reinstatement of legal rape within private property. Thus programmes such as Jessica Jones need to become more common to address important issues that happen away from the public eye in a widespread format.

Netflix, and other formats popular with teenagers and young adults, are perfect places through which to broadcast the horrible, lasting effects of domestic violence and forced sexual activity. Jessica, as a result of her torment, is a manic-depressive, alcoholic and has horrific recurring nightmares about her abuse. In addition, Jessica Jones uniquely demonstrates that as a victim, there is a way to escape the consequences of serious domestic abuse; after being released from Kilgrave’s control using her internal strength, she is able to continue her work as a private detective and even pursues an emotionally rewarding sexual relationship with another man.

Tackling a serious problem that has profound effects on victims and their families has been a frustratingly slow process, despite the media attention from Jessica Jones. China has only recently announced that it will enforce laws on domestic violence for the first time ever, finally addressing a problem that has been found to affect one in four women according to a survey by the All-China Women’s Federation. However, this will still not include same-sex couples.

‘American Pie’ singer Don McLean was arrested last month for a violent domestic abuse incident at his home in Maine, was set a bail of only 10,000 and was promptly released (TMZ.com). McLean sold just the lyrics and notes of that song for 1.2 million last year (BBC.co.uk). The unwilling sexual intercourse Kilgrave forces upon Jessica throughout their sadistic relationship is made all the more saddening when one considers that the UK only abolished marital rape in 1991. Situations like this may have been commonplace, and even legal, just a couple of years before some readers of this article were born.

Television shows can only have a limited impact: it can inform viewers of the struggles that many women go through day-by-day, and vilify the actions of characters such as Kilgrave, but unfortunately it cannot influence government policy. With George Osborne announcing severe budget cuts on important domestic abuse recovery services in his Autumn Statement (Independent.co.uk), series like Jessica Jones appear as a beacon of hope for the future of a society where domestic violence has no place.