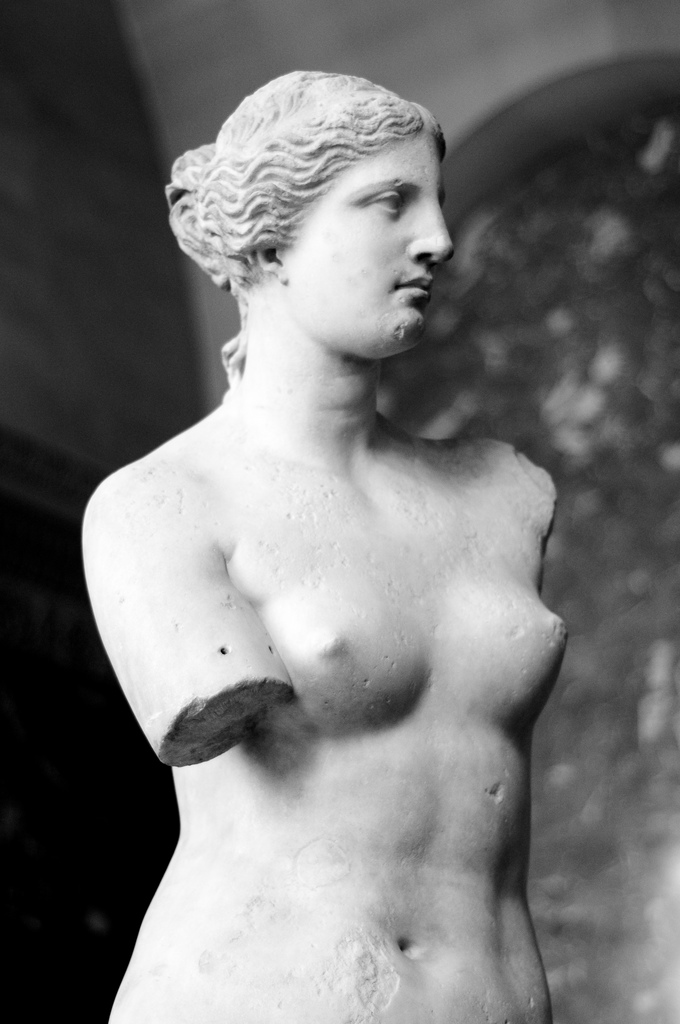 Who knows what her views on current affairs were?

As you can tell from the heavily quotation-marked title, the definition of even the most basic terms and application of modern concepts to the ancient world presents a problem. Ancient peoples had different terminology, concepts and lives to us; you could still comment on their choice of tablet but unless you have a fascination with wax then the conversation would fall apart very quickly. The conflict of terminology makes it tricky to accurately define love and sexuality, as the descriptions inevitably involve more terms that the ‘Greeks’ would not use or understand. They certainly wouldn’t think of themselves as living in the ‘ancient world’. We define these people in words and terms that they would never comprehend.

The same problem seems to exist in English for our own terminology. Those who listened to various speeches in the Commons debate on the bill to legalise same-sex marriage will have noticed that this was a problem even for the MP’s/their script writers. Some speeches against the bill revolved around the problems of defining when sexual consummation had been achieved, or if it ever could be achieved between two people of the same sex. Of course, there was a distinct lack of explanation as to what specifically constituted an act of sexual consummation between two people of the opposite sex. To the speaker this was considered normal, something that everybody innately knew and needed no explanation. Thus, same-sex sex was categorised as different or alien and needed to be explained somehow. Many people were, quite rightly, annoyed at this; while lots of divorce lawyers who get money for chatting with each other about exactly what is an act of consummation and what kind of sex is ‘proper’, ‘ordinary’ sex, were feeling particularly happy.

If there is such a problem defining these terms that are in everyday English usage, then what possible hope is there to figure out what people, dead for millennia, thought of love and sex? But first of all, the simple term, ‘Greece’. Practically everyone knows where that pointy looking bit of the map is; many wall chart maps conveniently label it if we are willing to squint and read tiny letters as if there is an optician in the room. The concept of ‘Greece’, wasn’t so simple for the ancient people, and also depends on the time period you’re referring to. In the run-up to the classical period (about 500BC) ‘Greek’ people would define their nationality by the polis or city that they came from, Athens and Sparta are well-known examples. However, once the Persians took a liking to mainland Greece, and a dislike to the people living there then suddenly they are ‘Greeks’ together in ‘Greece’. Yet once Alexander the Great had conquered Asia, and his generals made empires out of the campaign survivors from both sides, there were more ‘Greeks’ in Egypt and Asia than mainland Greece. How very frustrating.

Those Greeks could be an inventive bunch and you often hear that the Greeks invented homosexuality; well they didn’t, or rather they couldn’t. There is no word for it in ancient Greek and a lot of hypothesising and pen scratching is done to make them fit the term. Sparta is considered the most ‘homosexual’ of all the cities of ancient Greece. Spartan boys were taken under the wing of an older man and taught the way of the world; this probably but not necessarily involved sex of some sort so surely they must have all been raving homosexuals. However, subsequently they were married off to girls who had undergone a similar early life of essentially only knowing the same sex. What are we to believe then? They were all homosexual and gay men married lesbians in Sparta?! Admittedly I am only scratching the surface of the issue of modern terms applied to the people of just one city, who are only doing what is perfectly normal to them and were totally unconcerned with being ‘homosexual’ or not.

With no concept of homosexuality there was no such term as homophobia either. The only sexual stigma seems to come from which person was penetrated. But even this concept becomes complicated through language as the modern term for giving/receiving oral sex is the reverse of how the ancient Greeks saw it. Their receiver was our giver and vice versa, which left one of my lecturers struggling for an accurate translation that meant face-love, without referencing Ridley Scott’s Alien creatures.

Enough about sex then, what about love? Everyone loves, right? Those lovely Greeks had three different words for it in common usage and none refer to any specific sex or gender. These words were philía which roughly means friendship or love of friends; agápē the strict ‘I love you’ but also love of family; and érōs, sexual love or a stronger love than the other two. You could have an érōs love for your brother but not fancy incest, érōs for your mother… well Oedipus tried that and to put it mildly, it didn’t end well.

Now back to sexual love: strange how it always comes back to sex. One of the most famous love poets was Sappho. Unusually, Sappho was born a Lesbian, but then, so were all the people born on the island of Lesbos. Sappho herself could never claim to be a woman sexually attracted to another female; being a lesbian or Sapphic were only related to female homosexuality in the nineteenth century. Again, this is our modern imposition onto her. Few consider that although she writes passionately about her female friends – érōs can refer to the love between good friends – and that she may have been attracted to men. Even fewer people consider that perhaps her poetry was gender ambiguous as she could have been; in the modern sense of the terminology: bi-sexual. Then there is myself; who believes that since Sappho didn’t pick any sort of ancient or modern label for her sexuality we shouldn’t care and might be able to just enjoy her poetry instead.

I hope you begin to see the problems surrounding the concepts we have imposed onto other cultures and time periods; but why should their lack of such a labelling system stop us pointing and drawing boxes around groups and slapping stickers on them? We do it enough for modern people. However, the more that we think about any term, or the more people that try to define a term the more complicated it gets, for example:

Lesbian: In the definers opinion (not necessarily the same as the ‘lesbian’ in question’s view of themselves), a female (or trans-person identifying as female) who is more (or exclusively) sexually (or emotionally) attracted to (or had sex with, or wants to have sex with) women (or trans-people that identify as female) than men (or those that define themselves as male), (or at least more so than what the bi-sexual woman next to her thinks of as the sufficient degree of attraction/sexual desire) and who may or may not have been born on a Greek island near Turkey.

I begin to warm more to the Platonic/Socratic idea that really, we know nothing at all about anything.