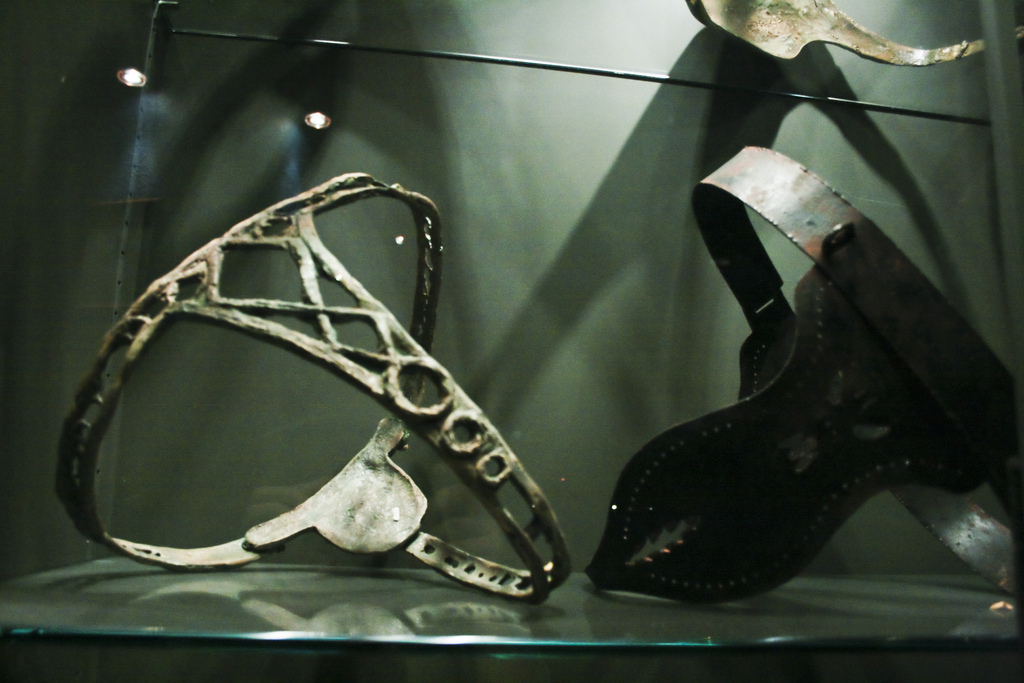 Don’t reach for the chastity belt: it’s about time that genital herpes is treated as the minor illness that it is

Herpes, genital herpes, has a contemporary social stigma that, at times, even rivals HIV. How did this happen? How can a minor virus, the cold or flu of the sexual health world, be compared with a genuinely life-threatening disease? Misinformation and ultimately ignorance, born of a fear to talk about herpes openly, are responsible for this shame. Distressingly, if recent legal developments are anything to go by, then this absurd status quo only serves to be perpetuated.

On August 8th, David Golding was sentenced to fourteen months imprisonment after pleading guilty to Inflicting Grievous Bodily Harm for infecting his then girlfriend with genital herpes. This development is disturbing for several reasons, not least because this man who was charged with an offence for doing something that was hitherto not believed to be a crime at all. Whether or not he was badly advised to plead guilty and whether he was actually responsible seems irrelevant. Quite simply, the case should not have made it to court. The media has demonised him, and the prosecution’s posited scenario of an intrinsically evil man, intentionally giving his girlfriend the virus so that ‘nobody else would want her’ has stuck.

One cannot know the intricacies of this case, but this prosecution is unprecedented. Medical experts, who were notably excluded from the trial itself, attested to their outrage, and herpes support charities were baffled by the lack of knowledge displayed by the judge. This week, with increased support, the man appealed and was granted bail. Not an acquittal, but bail pending ‘further medical evidence’. In this brazen stubbornness of conviction, the judge implored the prosecution to isolate the evidence that would confirm that David Golding was the only man that could have infected the woman in question.

If he had chosen to fight this case, his lawyer would have easily been able to show the Court that:

The courts have recognised that person-to-person transmission of a sexual infection that will have serious, perhaps life-threatening, consequences for the infected person’s health can amount to grievous bodily harm under the Offences against the Person Act 1861″.

Obviously, genital herpes is rarely serious in the sense of ‘life threatening’ consequences. It is important for those affected badly, and by badly I mean simply aware enough of the condition to have discomfort, to seek the medical treatment of a simple tablet to lessen symptoms. However, for every five people that carry the disease, four of these have no noticeable symptoms whatsoever.

The ‘seriousness’ perceived in this case then, in lieu of any medical evidence, is the social sigma. Due to the incongruity of societal perception with the facts, it is no surprise to learn that it can be traced back to a marketing campaign. Prior to the development of antiviral drugs, cold sores and genital herpes (both caused by herpes simplex viruses) were only treated symptomatically – symptoms could be alleviated but not prevented. Neither condition was considered to be a significant medical problem. In the USA, prescription drugs can be advertised directly to the public, and the Burroughs Wellcome advertising campaign was designed to stimulate demand for Zovirax by alarming patients about the social consequences of infection and emphasising that the drug could reduce outbreaks and transmission. The campaign created the stigma which has spread worldwide, and has clung to genital herpes ever since. By accepting the importance of the stigma, the court has unwittingly endorsed it and may have increased it.

Now I am not advocating the transmission of disease with malicious intent, but the fact that this virus – little more than a recurring cold – has been deemed so morally reprehensible indicates a culture of sexual naivety and even fear. So, what is herpes? Two forms of the herpes simplex virus can be contracted: HSV 1 and HSV 2. HSV 1 is associated with cold sores on the lips and sores found on the eye. HSV 2 is the typical cause of genital herpes. Both forms are highly contagious and are transmitted by any oral and/or genital contact during an outbreak. However, performing oral sex on your partner whilst one has a cold sore can transmit the herpes genitally, and if they are susceptible to the virus then the symptoms are the same. One can even transmit genital herpes to themselves, if one has a cold sore and proceeds to touch the affected area before genital contact. Once again, it is worth reiterating that most herpes is transmitted asymptomatically and can lie dormant for weeks, months, even years. I recently read of a case involving an octogenarian woman, whose only sexual partner had been faithful husband. She was shocked, on a visit to the GP for a suspected infection, that she was showing the symptoms of HSV 2. She had been carrying the virus for decades, and only now – perhaps on account of a decreased immune system – were the effects being felt.

Most of us have herpes simplex of one type or the other. Both types can cause genital herpes. All sexually active people in the UK are in a position to catch genital herpes or to pass it on, usually without knowing. Perhaps the symptoms sound familiar, you’d been putting it down to an infection or eczema; don’t panic, just be relieved that you can now treat the condition when it arises. In the UK around six million people have genital herpes and probably forty million have picked up herpes simplex on the face, which we call a cold sore. We tend not to go to court over cold sores, so why is this any different?

Now, what are the symptoms? Let’s not skirt over them, because they are often assumed to be much worse than they are. You feel like you have a cold, or even flu. Your glands may swell slightly around your legs, and you’ll feel a ‘pins and needles’ sensation in your groin. For some this may be it, but in the early stages of outbreaks sores can develop, just like cold sores, which whilst sometimes painful do not look like the stills from a horror movie you received in Sex Ed at high school. This may reoccur every couple of months, lasting about a week, for a year; then symptoms tend to dissipate, with symptoms becoming rarer and often disappearing entirely over five years. It can be treated with a simple cold sore cream, or with free tablets of the same ingredient from the clinic; a three-day course with the improvements quickly noticeable.

Still think it’s disgusting? Well, cold sores on one’s face can make you feel dreadful, certainly, so there’s no reason to be ashamed for reacting similarly to genital herpes. It is this psychological damage and lack of self-worth encouraged by the stigma that is so much worse than the physical symptoms themselves. The sexual shame that differentiates cold sores and genital herpes should not be exaggerated. Just because the results are genital it does not mean you’re dirty, promiscuous or should be in the least bit ashamed. The symptoms of Chlamydia, for example, are often much more grotesque and painful, but are often laughed off in a social context. It is this enforced silence and shame that perpetuates the transmission of the virus: people are too reticent to talk about it, even with the lovers they share every other embarrassing detail with.

There is still no cure for avoiding the delicate topic with your partner. The disease is potentially contagious before or after noticeable outbreaks, and condoms are less protective than against AIDS, since genital herpes also spreads through skin contact. ‘Cold sores down below.’ It’s not exactly a great chat-up line, but it is a good test of character, both of honesty of the carrier and for the maturity of the prospective partner’s reaction: If they mind, they don’t matter, and if they matter, they won’t mind. This prosecution has ramped up the psychological pressure by endorsing and exacerbating the stigma of herpes, making the problem worse for millions of people.

Only about half of those knowingly infected with genital herpes divulge their status to regular sex partners. And when it comes to casual hookups, disclosure nosedives to nearly 20 per cent. You may not have any symptoms, but your partner may be extremely symptomatic; there’s no way to tell. Such a scenario truly tests a relationship; there’s a ‘blame game’ as to who gave whom the virus, and often presumed infidelity.

Do not make the assumption that having herpes will prevent you from being romantically involved or having successful long-term relationships, or even casual ones. There are millions of couples in which one or both partners have this virus. For the vast majority, the relationships stand or fall on far more important issues. ‘Herpes dating’ websites are abundant for those who don’t want to have the conversation, but one cannot see how such a minor detail – like coldsores on the face – would decimate someone’s attraction to you, or wish to spend time with you intimately or otherwise.

Now, I have herpes. I contracted it through a partner, neither of us sleeping around. She had a delayed outbreak with the virus being contracted at some point over the last five years. But, she was honest about it. Having been blighted by facial sores since youth, I saw it as the minor issue it was. My symptoms have been minor and never once stopped me from having sex, go about my day or cause me an inordinate amount of pain. Of course, at first there’s an overwhelming feeling of being contagious and dirty, the feeling that you should even quarantine yourself for the good of others. If you’re in this mindset, you frankly need to get real with your priorities.

When having an STI becomes criminalized, it discourages disclosure because once someone is identified they become a potential target, regardless of how responsible they may be. The absurdity of the conviction is further evident in light of the minimal symptoms, and lack of traceability. If we are to imagine a world where one does everything one can to protect one another’s sexual health, to prevent disease transmission, and for the state to provide universal sex education free from guilt and fear; do you think prosecutions like these are the route to a world like that? Somehow, I don’t.