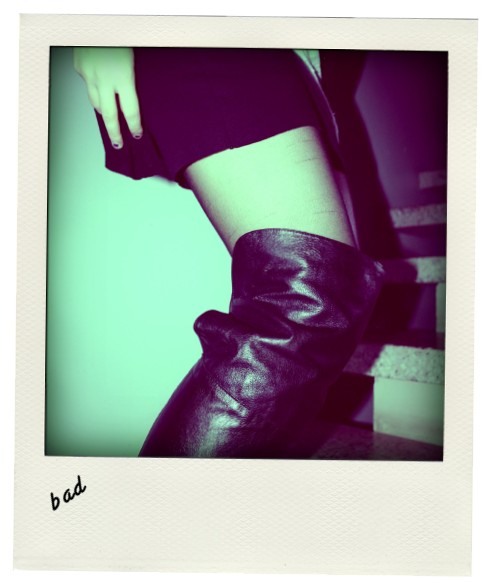 At the close of Michaelmas Term, I attended a Christmas ball dressed as a zebra. Sounds like a scenario from a David Lynch movie, right? Nope, pretty much just another Durham-based costume obligation to cringe over in later life. Yet I can’t help but think that one day I’ll look back and have a peculiarly smug sense of satisfaction that my twenty-one year-old self managed to brave the public gaze in a leopard-print, high-leg, skin-tight leotard.

My outfit choices, even when not pre-determined by those secretly sadistic yearnings of a university social exec, always seem to be about a world away from the feminist rhetoric I spout. And it hasn’t failed to escape my friends’ attention that whilst preaching ultimate equality, I do so a little trussed up like a Barbie doll. Moonlighting as a hooker. From push-up bras to stilettos and micro minis, I pretty much own the entire wardrobe of any wannabe WAG.

Yet I want, in all seriousness, to study for a PhD. So why do I dress in a way that gives the impression I probably can’t string a sentence together? Having had a touch too much time on my hands towards the end of this term, I decided to subject this predisposition for dressing like a prostitute to a little scrutiny.

For me, university – especially somewhere that’s as much of a “bubble” as Durham – is a glorious departure from reality. I don’t expect to spend the remainder of my life glugging quaddies on the sweat-drenched tiles of Klute, and neither do I genuinely expect microminis to outlast my mid-twenties. One day I envisage my legs popping with varicose veins (they run in the Moulds family) and joining the other mums at the school gates hiding my post-pregnancy stretch marks in overpriced Laura Ashley twinsets (ew) or running between aggressively air-conditioned offices in London in blister-inducing court shoes and “sensible” trouser suits. But until that fated day when my outfits are taken to indicate my value as a mother/ employee, I intend to dress with an ultimate disregard for other people’s (potentially pejorative) judgements.

Slipping into an outfit entirely different to the norm is like putting on a costume. By day almost all will attest that I’m riddled with insecurities, be it my hair/ exam grades/ general life incompetence. By night I want to be somebody else for a little while, conduct a short suspension of (my most neurotic aspects of) selfhood, and dressing in “borrowed robes” is the most masterful way to do so.

Throughout school I was one of those studious types who, though immensely proud of academic achievement, still entered perhaps some misplaced aspirations to be one of those self-ordained secondary school socialites who somehow had time for immaculate straightening, full facial makeup and potentially fatalistic footwear before the start of first period. These girls were a source of endless fascination to me, a glorious rebellion against parental and institutional tyranny. If dressing like a so-called slut made you prey to the meat-market, it seemed no different than the way the educational system ruthlessly reconstituted the academically minded into a pre-packaged, homogeneous ideal.

It may be a case of “the grass is always greener…” but adopting their uniform, even just for a night, is oddly liberating for me. Somehow the confidence I feign with fashion forces itself into reality and presents itself as an experience as intoxicating as any pre-lash.

Of course I don’t ruthlessly pigeon-hole each and every person I see and I know that these adolescent divas were more than just their warpaint. But the truth was I was guilty of more than a little social stereotyping back in the day, truly believing that my womanly worth equated to the length of my skirt. Not in the sense that I needed minis to attract men, but in the sense that I needed to wear something knee-length to be regarded as an intellectual… or, even worse, a “nice” girl. I may have been fascinated by those girls who looked like extras from a misogynistic music video, but I was also prey to oddly derisive conjectures. My belated realisation that clothes do not maketh the (wo)man has been a lesson as eye-opening as any I’ve received in a lecture.

So whilst my mother continually attempts to preach to me that modifying my style could go a good way to helping me find myself “a nice young man”, I can’t help but (silently, challenging my mother verbally is a no-go) protest that I’d want any potential suitor to be smart enough to have outgrown these old adages. I won’t pretend that there isn’t joy to be derived from attracting the attention of certain menfolk (at least ones within your age bracket with a basic grip on personal hygiene), but it certainly isn’t my top priority in governing what I wear.

For me, dressing like a doll is a bit of a bizarre paradox. It has the illusion of putting your body absolutely on display and yet for me, it’s almost the opposite. I used to weigh nearly two stone more and dress like Miss Marple’s younger self. If anything it was then I felt I attracted the most attention, and most of it leaning towards the critical. I will always appreciate the efforts of dear friends to liberate my wardrobe and whilst they may fear it’s had a little bit of a Frankenstein effect (with me mutating into a mini-skirted monster of trashy fashion), for me taking outfits to the extreme is the way to regain ownership of my body.

In a way it’s an oddly ironic campaign. Yes this is a society when “slut” and “slag” are poised somewhat frightening between the aggressive and the affectionate, and by taking it to an extreme you feel like you have pre-empted the put-downs and persevered anyway. Given Lady Gaga’s outfits have been hailed as the ultimate in asexuality for their ostentatious nature, I truly believe my trashy appropriation of everything from faux fur to plastic heels can have the same effect: it’s not about sexuality, it’s a curious kind of burlesque.

Most girls have had days when even the tamest of outfits have had them subjected to unwanted sexual attention. Walking down the streets of London in a full-on winter coat I had my behind seized by salacious hands and even dressed in jeans on the way home from an afternoon lecture in Dtown have had boyracers demand sexual favours.

Maybe this is the attitude of an overly-pretentious English student, but personally I think dressing as the proverbial “piece of meat” is a beautifully postmodern enterprise. Sure, it may be a childish gesture of defiance against a society more privy to outdated prejudice than it likes to pretend, but like sticking your enemy’s toothbrush down the toilet bowl, it’s oddly satisfying. It’s provocative, certainly, but not as sexual as it may seem.