Durham: the Gold Rush has Arrived 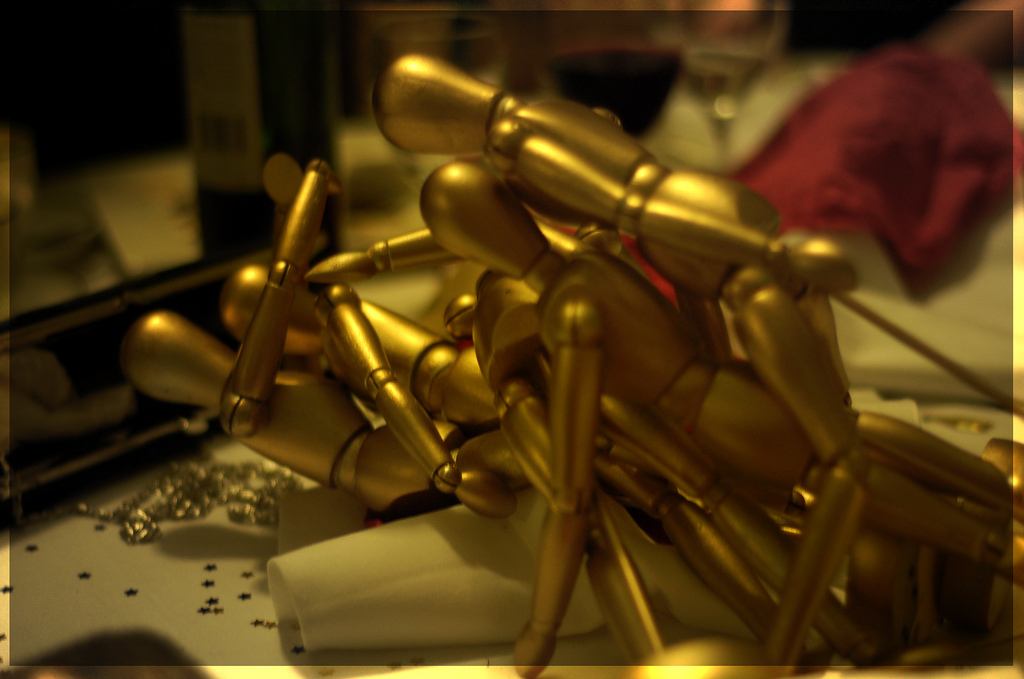 Fancy yourself as a prospector this summer?

The student population is being engulfed by a phenomenon that is sending sex drives off the scale, with a competitive spirit to match. The Gold Rush has arrived. For those unaware (the hermits, or perhaps just those of you with healthier sex lives) the Gold Rush is the sudden urge to fornicate with as many individuals as possible in the closing stages of one’s undergraduate career. Some may even terminate all committed and faithful relationships in this pursuit. Specifically, participants of the so-called “Gold Rush”, should aim for carnal success with targets whom they have lusted over as forbidden fruit during their time as loyal partners, or indeed just wallflowers. Now is the time to punch substantially above your weight.

Once the cattle market is declared open, many finalists will be found weaving through the crowds on a determined mission. The process usually begins with a list, numbered on a scale ranging from the groin-spasmingly gorgeous to the sympathy votes. It is probably advisable that this sexual directory remains clandestine to prevent rivals from stealing your tactics, and it is also crucial that targets remain unaware of their inclusion in your target file to prevent a backlash, it’s nice to feel desired other than as a checklist item. So, watch in awe as the future employees of Deloitte, Ernst and Young, and PWC dutifully notch up impressive bedpost tallies. Even bed one for yourself. But, if you do find yourself caught up in this, I’d advise you to ask yourself some serious questions. If you have a sexually voracious alter-ego, why are you suppressing it to this last week of term? If you have the propensity to erotic exploration, then surely you’re depriving yourself needlessly. Why bother with this slightly-matured treasure hunt? It’s pin the tail on the donkey all over again. When practised safely, I genuinely believe that casual sex is good for you.

I’ve had roughly six times as many hookups as relationships and, like innumerable 20-somethings before me, I’ve found that casual sex can be healthy and normal and lead to better adult relationships. I don’t exactly advocate picking up guys on socials and fellatio in Klute toilets as the path to marital bliss. But, the “hookup culture” is not the radical extreme it is so frequently mischaracterized as in the media. There is uncomfortable stranger sex among people our age, sure, but sometimes hooking up is just regular sex with a casual acquaintance; sometimes it’s just kissing, cuddling or the odd date. Oftentimes, it involves just one person at a time. In a sense it’s all very old-fashioned: there’s just a lot more unattached sex involved. Of course, for men and women alike, there’s the worry of being derogatorily considered as an indiscriminate slut. During this time, I told my friend and her boyfriend about the latest person I was seeing. “Which one?” he asked, smirking. I laughed, but I wondered: “Shit, am I that girl?”

Forgive me for the gender bias now, but it is worth discussing that a significant criticism of casual sex is in its consequences for women. Notions like “girls who hook up have to work really hard to deny those natural feelings of connection”. I see this as an essentially patronising notion, and not at all positive. In the most sexually liberated countries (Australia, Holland) young women are treated to the least harassment and sexual aggression; in semi-sexually liberated places (Mexico, Southern Italy) they get a moderate amount and in the least sexually liberated countries (Pakistan, Yemen) they receive the most. Ask any woman who has travelled the world: It is in the most deeply conservative and religious societies that she can expect to have to regularly fend off propositioning, groping and rape. I chalk this up to the degree to which young men are sexually repressed. In societies where young adults can explore and express their sexuality, it turns out that young men are far more pleasant creatures. They are more likely to treat young women as full-fledged human beings rather than objects of obsessive sexual interest.

So, the acceptance of the “one-night stand” is a step in a positive direction. This generation, by making sex less precious, less a commodity, has the potential to put simple humanity back into sex. Also, women are putting feminist ideals of equality into sex, by refusing shame and reclaiming the traditionally male side of the stud/slut double standard. Also, the idea that a woman has to test a man by withholding sex, as many abstinence advocates actually argue, relies on a paradigm of inequality in which women are forced to rely on such desperate power plays. It isn’t that feminism has taught women to have sex like men, as the argument commonly goes, but that withholding sex isn’t a woman’s sole superpower.

During Gold Rush, it may happen that you or the object of your desire will be intoxicated. This presents a serious problem that must be dealt with conscientiously. If you are under the influence of a substance that impairs your judgment, you cannot give consent. As much as one could argue that, under certain circumstances, two people who’ve known each other intimately for some time can reach a mutual understanding and give consent, it is highly unlikely that this is the case for most. Let’s face it, most of us are not in relationships of this nature on any given day; it’s difficult enough just to get laid in Durham. That being said, it is my personal opinion that intoxicants should be separate from sex and, if unavoidable, you should be aware that consent is, and should be, sexy and specific.

Sex isn’t a post-exams treat; it often forms some of your most memorable formative experiences, and this sentiment should be carried with you beyond your graduation. If you’re experimenting because you believe that it is, for a brief period, socially acceptable then you must reassess your values. Even worse, if you are bedding the rugby team, male or female, because you feel an obligation to your youthful liberation, stop now. Casual sex is not for everyone, and only you will know whether you can separate sex and affection to the extent needed for a one-night stand. Perhaps I’ll see you there at Loft next week. Despite the Jack Wills wardrobe/hair height scale by which one’s attractiveness will inevitably be measured, I for one am looking forward to Durham’s sexual revolution, even if only lasts for a fortnight.