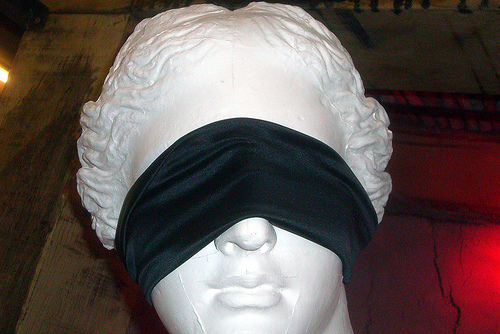 Can we reconcile a desire to be dominated with feminist principles?

BDSM (for my purposes: dominance and submission, consensual bondage, sadism and masochism) has a bad press, with representations ranging from the cartoonish to the mindlessly violent. The concept of female submission makes many uneasy, particularly feminists. It’s easy to write an impassioned diatribe on the vital importance of “conventional” women’s pleasure, or to talk publicly and explicitly about sexual desire in general, but there are often only uncomfortable utterances on niche (yet common) sexual practices. The unspoken implications of labelling sexualities “deviant” potentially deter self-exploration for fear of compromising your reputation or sense of societal sexual morality. Even worse, you could feel guilty for your own fantasies.

In spite of this, because of mainstream attitudes, I do still at times feel that claiming submissive status makes me part of a social dynamic that seeks to violate all women. One reason why might be that ignorance of true BDSM culture has led to a bastardisation of it in mainstream/non-fetish pornography. When the rules of the counterculture are dissolved, the potential increases for viewers to believe women can be coerced or forced and the lines between rape and sex become blurred. In a generation where sexual maturity is shaped by watching internet pornography, the idea of forcing a woman into a sex act seems, although nominally “wrong”, completely commonplace and possibly quite sexy.

When women are consistently depicted as victims of both violence and culture, it’s difficult to see any other possibilities for sexual realization: “unconventional” female desire thus becomes a handicap; a symptom of a patriarchal ill rather than the individual’s liberation. To deem a woman a victim of a demeaning culture, based on her private fantasies, is condescendingly facile. Instead of marginalising this lifestyle choice, feminists should speak out against the mainstream appropriation of BDSM and endorse its safe, sane and consensual practice. In doing so we free ourselves from a framework never subscribed to in favour of safely shaping our own. Surely this is a worthwhile feminist ambition.