Can skinny still be sexy? 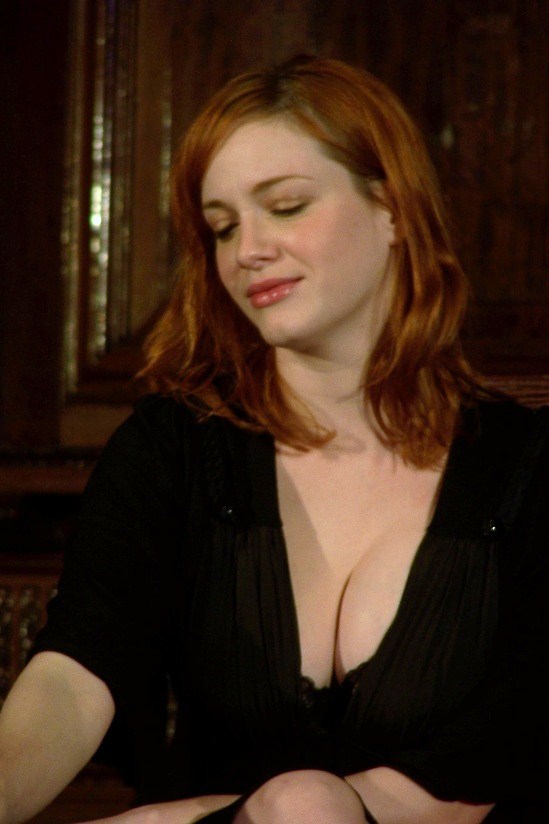 Is this the perfect woman?

The other day I was enraged by the Daily Mail. Unsurprising, you may think. But instead of feeling my blood boil at its latent anti-everything-not-white-Middle-England-ism, it was bizarrely an article on Gwyneth Paltrow’s bikini body that set my nerves on edge. Journalist Philip Robinson was launching an assault upon the actress’ skinny physique, deriding the legions of women out there whom he supposed were lusting over the idea of such a lean body. And, in a manner which has become increasingly au fait, he was insisting upon why voluptuous women were far more sexually attractive:

“While shots of the stick-thin Gwyn might appeal to women, men prefer lumps, bumps and wobbly bits. Gwyneth, bless her, has no jiggle. She is gawky and rake-like; puritanically thin.To a man, this screams of neuroticism, a fear of being out of control. This is the opposite of all the qualities that make a woman attractive…”

Now this article is nothing new. In fact, I felt a similar sense of indignation only a few months ago when reading the column of Jameela Jamil in supposedly female-friendly Company magazine. While the extract phrasing of her commentary currently escapes me, the essential gist of the article was that no man wanted to be banging a bag of bones.

Now, I’m a skinny girl. I’m not saying this because I’m arrogant, simply because it’s a fact. Jamil might have proudly insisted that her size 10 figure made her a “real woman”, but I have no qualms in admitting that my skinny limbs and bony collarbone don’t fit the socially constructed “sexy” stereotype. I had one friend recently survey my (clothed, I hasten to add) body and pronounce “you’re just too skinny, it isn’t attractive”.

Well if everyone is keen to impress upon us that there is no objectivity when it comes to what deems someone attractive, why does allegedly being too thin cast you down to the bottom of the barrel in terms of sexual allure? Robinson’s declaration that “while Gwyn is proud of her taut, yoga body, men aren’t enthused” seems to suggest that as far as ALL men are concerned, skinny just isn’t sexy.

I know deep down a lot of this negativity is sparked by concern – the fear that skinny celebrities are promoting anorexia amongst impressionable youngsters and that a too-thin body must be evidence of a spot of casual starvation. Now I’d be the first to admit that when I dropped to 7½ half stone (fairly tiny for a 5′6″ girl) I wasn’t exactly the picture of perfect health. Yet whilst I’m a healthier size now, without the assets of many a larger lady a lot more meat on me simply looks strange – it certainly wouldn’t make me anymore “womanly”. I’m no hourglass – I pile on the pounds to my stomach stat, the hips and chest barely get a look in.

What really surprises me then about the assault on skinny women is the vehemence that they seem to arouse. If a bony body is supposed to be evidence of disordered eating, then why all the anger directed towards those who have one? Where’s the sympathy? Robinson’s article about Paltrow was littered with an almost unprecedented degree of pejorative comments and I was shocked when Jamil’s article consistently attacked über-skinny women. Why was the upshot of both articles not about health, but just about being “hot”?

I notice that whenever somebody celebrates supposedly “larger” ladies, they’re really only gesturing towards those select few women that seem to have been gifted with ample curves and a skinny waist to go with. Daily Mail name-checked lad’s mag fave Kelly Brook and Mad Men’s Christina Hendricks. Both are STUNNING women. But that is exactly my chagrin.

For heaps of women their perfect hourglass figures are just as unobtainable as Gwynnie’s impossibly washboard abs. If health is supposed to be what we’re promoting here, then why are we only singing the praises of those ridiculously blessed by the gene pool?

Even with an optimum diet and exercise regime, few women have a hope in hell of emulating the assets of these women. And suggesting we aspire to look like them, instead of the likes of Paltrow, is no more realistic a goal or better alternative for our self-esteem.

At the end of the day, when it comes to establishing a sense of self-worth, my seemingly socially sanctioned dependence on a triple gel filled bra (the only way I can possibly deliver the impression of “natural” feminine curves) isn’t really any healthier than that part of me that insists skipping breakfast will guarantee me a super-trim stomach.

Indeed the Telegraph reported only last month that an increasing number of women were going under the knife for breast enlargements, and it told how plastic surgeons were citing the influence of women such as Hendricks in sparking this new trend (which had stalled only the year before). A representative from the British Association of Aesthetic Plastic Surgeons (BAAPS – yes, cue pun on “baps” here) announced: “the hourglass figure is definitely back in fashion. Let’s just say that heroin chic isn’t the big thing at the moment.”

And just to stick the last nail in the coffin of preserving some sort of diversity in opinion of what exactly constitutes an “attractive” figure, even the Liberal Democrats Equalities Minister (Lynne Featherstone) has said that achieving Hendricks’ size 14 figure should be the ultimate aspiration for all women. Yet I can’t help but think that ditching my size 6 skinnies for this “perfect” size would involve putting my body through a rather too rigorous transformation.

Personally, I think it’s time we remove “aspiration” from the equation altogether. This is allegedly what Robinson was trying to do, in his ultra-patronising piece – he seemed to be patting all women on the shoulder, telling us it was okay that we didn’t look like Paltrow. Only as long as we could look like Hendricks or Brook instead of course.

The ironic thing is that this idea of the “real” woman is oh-so artificial, as the growth in breast enlargements shows. It would be far more “real” to accept that some of us are flat, some of us are fat and many of us are just right. Because creating a new model of “perfection” is really just displacing the problem.