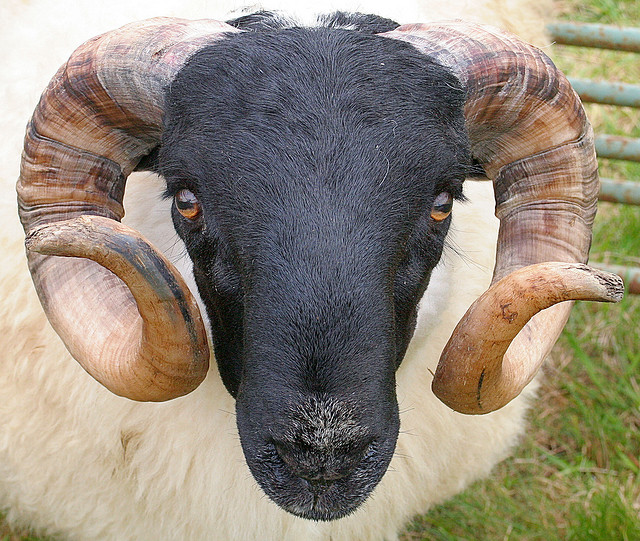 And no, they’re not at Durham before you give one of your more adventurous housemates a questioning eye. The winner of the competition, launched by the website ShagAtUni, is none other than Elina Desaine from Exeter University. This Latvian-born student has won herself prizes including a £500 cash prize and a year’s supply of condoms! By no means shy, Desaine has nicknamed herself the ‘slutvian’ and says her ultimate goal is to sleep with a university lecturer.

In her entry to the competition, Desaine tells us of such feats as going back to a club for second time to pick up her ‘next victim’, after already having sex with someone from a club earlier that night. She is the proud owner of a ‘shag list’, made up of people who she may text to see if they want the chance to get it on with her in the computer room. Aside from her own experiences, the advice that Desaine gives to all you students out there is ‘Just shag more.’ No messing about there then. The university itself does not appear to take Desaine’s advice, however, and says it does not condone such behaviour. More importantly perhaps, the spokesperson said the university’s main concern was the impact it would have on the student long-term. So is this just a bit of fun? Or is Elina unaware of how damaging this public exposure of promiscuity could be?

Let’s face it, there are lots of people who have lots of sex at university. There is nothing wrong with this, providing they aren’t infecting the population of Klute with gonorrhoea. However, the average person has their sex life known to a relatively few amount of people. Yes, a promiscuous student may face occasional jibes such as ‘slut’ or ‘player’, but this is nothing compared to people up and down the country knowing the details of your sexual encounters. Desaine herself tells us her friends were concerned about what future employers might think. We are all aware that potential employers will more and more frequently google our names. Is the title of ‘Britain’s Horniest Student’ enough to put employers off? Yes it shows confidence, but it could suggest Elina is spending a little less time doing work, and a little more time doing her fellow students.

This is minor issue in comparison to the psychological effects Elina may face. Presumably everyone at her university knows who she is now, and people may see fit to take advantage of her given her reputation. She is also putting herself at risk of abuse and scorn from her more judgemental peers. It’s not all bad for Elina though. She is of course £500 better off, and has enough condoms to keep those pesky STIs at bay for a long time. I am inclined to think that Elina, who admits to stripping naked to the Baywatch theme tune inside clubs, will not be too affected by the extra exposure.

The encouragement by the website to get these horny guys and gals to apply for the competition is of a more questionable moral nature. Giving out a cash prize for sleeping with as many people as possible seems like an unhealthy incentive. The website itself is for students who want to meet up with other students nearby for sex. A quick scan of the website reveals profile pictures which are less about the face and more about where the sun don’t shine. Upon entering the website, you will be asked about the various sexual activities you are into in order to find the perfect match. So perhaps it’s not surprising they launched this competition. However, due to the amount of backlash they received (the Daily Mail called the competition ‘revolting’) they posted on their website to answer the criticism. They rightly insist that all the contestants entered at their own free will and that the competition was tongue-in-cheek anyway. Aside from this, they emphasise the fact that students have high tuition fees, high living costs and the toughest job market ever. Should they really be deprived even more by insisting on rules regarding the frequency they have sex and number of sexual partners they have?

While I agree that university is for many people a great opportunity to explore their sexuality and find out what they like, the cash prize and the over-sharing remains unnecessary. It is not exploitative, but nevertheless could encourage students who aren’t as confident and self-assured as Desaine appears to be to make misguided choices.