Bringing up Kink: discussing sexual tastes and perversions with your partner 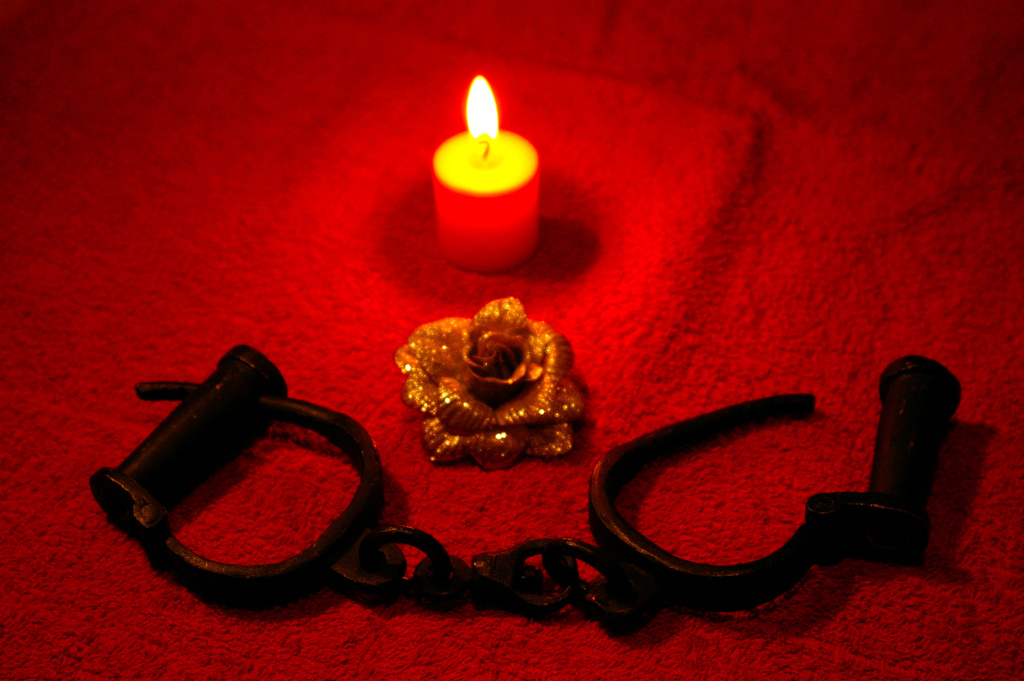 Does love have to temper your “wild side”?

I begin with a scenario: after years of disappointment in Durham, attempting to make the most of the limited chances to meet new girls/boys in and around town, walking the college gossip tightrope each time you may do so, you finally meet the lady/man of your dreams. Happy in the arms of that lover for whom you searched for perhaps your whole life up to that point, you are finally satisfied with your newly-prized relationship, and eagerly await the marital bliss that is surely only just around the corner.

Fast-forward three months (or less, depending on the candidate). The relationship is great; you are yet to have your first argument; you met the parents, enjoyed the experience, and you impressed all parties. All exterior sings indicate that you are now in a relationship with “the ONE” (if such a silly concept ever exists). But sex, has become a little repetitive. You may well love them, and you could indeed tell them so, and you might even find bliss in the midst of another missionary exchange of respect, and mutual, comforting sexual embrace on a regular, nightly basis. But there’s a niggle: a memory of “that night” with “this girl” who did “that thing”, or that guy whose courage and imagination – for just one night – matched your own. We’re talking about certain sexual perversions. For some of us, the odd nights where we let our guards down to explore the verisimilitudes of sexual practise were, and will remain in our minds, the moments when we reached the very summit of our sex lives. The type of thing that you thought “only ever happens on the internet” when actually tried, can lead to an immense outpouring of gratification; even, and perhaps especially, if it is almost never to be discussed in public.

In my four years at Durham, I’ve known people who have engaged in all sorts of sexual pleasures, including group sex, sado-masochistic sex, violent sex (including rape fantasies), and sex involving various excretions on/in/with a sexual partner. Even if you find such acts rather shocking, even if you think them unpleasant, I assure you that this stuff does indeed happen in Durham, and perhaps more often than you’d think. For many, this kind of intercourse, and the paraphernalia that surround it, is intensely liberating. Such paladins will tell you that the initial moments when you finally break off the shackles of convention and expectation; the instance when you realise that your lover actually wants to do the same “nasty” thing as you and will enjoy it as much if not more than you, is the release of all releases. But an interesting dichotomy seems to exist. That is to say, while these moments can allow us to feel more liberated than at any other point in our lives, they more often than not (based on my experience and the testimony of others) take place outside of a settled relationship, and with another (or others) with whom we have little emotional attachment. Perhaps this anonymity – the fact that protagonists may not see each other around town, or even ever again – is one of the necessary ingredients to sexual freedom in many of these scenarios.

Thus, you encounter an almost inescapable problem when you finally embark on that life-changing relationship. Individuals are faced with a hugely important choice of action. The memory of these events haunts the conscious fantasy, and the subconscious sexual instinct. Do you jeopardise your entire romantic future of matching crockery and 2.4 children, laid out before you, by asking your new girlfriend to pee on you, or in requesting that your new man slap you in the face before you can climax? Thanks to their situation in a society that wholly ignores or confronts their particular tastes with disgust and condemnation, those perceived as sexual deviants from the norm are often racked with guilt, doubt and self-flagellating emotions.

For those who may find themselves in this type of position, there really are no simple answers. What may seem like a desire for sexual pleasure – an innocent hedonistic impulse – may in fact cause a greater deal of pain in the long term. In extreme cases, some may find themselves practitioners of activities that are on the wrong side of the law: while this author personally agrees that illegal activities such as paedophilia, zoophilia and incest should be regarded by many as laughable or abhorrent, the lamentable fact remains that they are nothing other than torturous emotional desires for those afflicted with such urges. Others, who may be too fearful to carry out their desires (however “tame”), may simply wallow in their own pitiable existence, unable to satisfy their more unconventional needs.

But we must return to our original situation: what to do or say to this most prized and promising individual with whom you may find conventional lifelong bliss. The most sensible answer is to train yourself to enjoy what you have for what it is: a loving relationship that is comforting and dependable, and will potentially be so for the rest of your days. But while there exists the Internet, sexual fantasy – and the temptation this brings – may only be a click away. Type “extreme” or “bizarre” into almost any Internet pornography search engine, and any subsequent review of your Internet history will testify that your particular taste may return to haunt you in a short time. TV, radio and internet debates, plus numerous newspaper articles and TV documentaries have in recent times explored the “damage” done by internet pornography, and here is a case that may help, or hinder such arguments. We must also not ignore the protagonists of porn, as while we enjoy the show, believing for those ten minutes that they are complicit in our fantasy, the potential backdrop of exploitation is never far away. If one decides to enact their fantasies in extra-marital situations only have to remember the example of Max Mosely (2008) whose actions forced him to confront with nation-wide public humiliation for himself and his family, and the loss of a career at the very peak of international sport and engineering.

The options are indeed numerous. Perhaps sexual deviation from the norm is entirely that, and we should encourage younger generations to follow what is deemed natural as far as is possible. However, in the absence of no nation-wide survey on sexual practises, we do not in fact know whether traditionally held taboos are entirely relevant any more. To hold out for that one in a million partner who would respond enthusiastically to your perverted request is, to this author, in bad faith: we must all realise the benefits of discussing our sexual expectations and needs. In most cases, the widening of sexual activity within a loving relationship can lead to immense benefits, and, if you are lucky, years of sexual satisfaction without any of the dangers and stigma outlined above. Almost any individual who has at one time been a girlfriend or a boyfriend will tell you that almost nothing matches the excitement of trying something new in the bedroom. Begin gently and both parties may, with careful discussion and a thoughtful angle of approach, reap some innumerable benefits in the long run.

Even if your own personal fetish is limited to the less extreme end of the sexual spectrum, this author hopes that the above discussion has encouraged readers to feel that they are not alone in finding sexual issues difficult or embarrassing to discuss. The onus is not on your other half to be adventurous, but for you to have the confidence to broach the subject; risk vulnerability for the chance to establish deeper intimacy, passion and trust. Discussions of sexual preferences and desires can, and should, form one of the foundations of your new and hopefully lasting relationship. Perhaps this is the only means to penetrate the maze of introspection that we so often find appended to previous and future sexual experiences that might leave us feeling vulnerable, isolated and afraid, no matter how excessive, aggressive or even docile and pathetic, those aspirations may at first seem…