Back to School: Child Safeguarding and Understanding Paedophilia 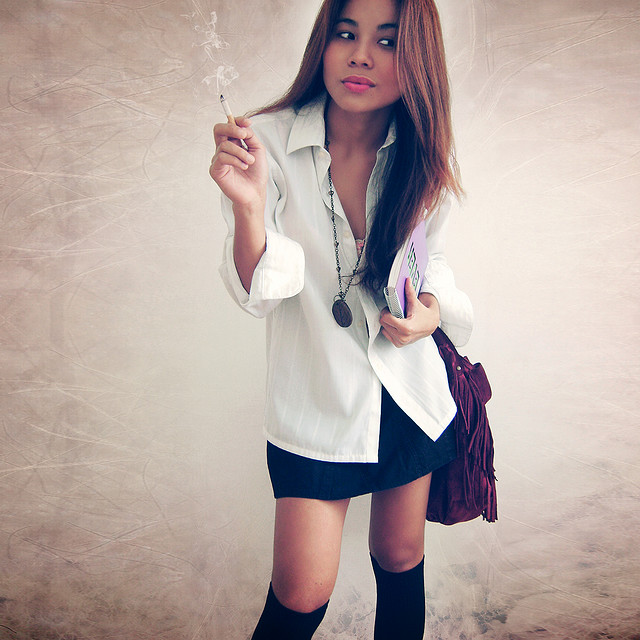 Can dressing up as sexy school girls encourage borderline paedophilia?

DUCK’s recent “Back to School” event at the DSU was a bit of harmless fun, a playful regression and indulgence of nostalgia for first years and older students alike. But was there any point at which it becomes disturbingly strange to see that girl and the boy “French kissing” (“get a room!”), pigtails, authentic school tie, blazer, back-pack and all, acting out oddly distorted versions of our thirteen-year-old selves…? It’s worth casting a sceptical, sexually aware eye over this fancy-dress trend. After all, what might be the harm in fully developed girls, with heightened sexual awareness and with a libido to match dressing up as children?

Sexualisation of youth culture has been escalating since the so-called Sexual Revolution of the 1960s. Of course sexual curiosity and exploration among adolescents is nothing new, and twenty first century society has adapted remarkably to care for the welfare of young people and their sexual health, from the creation of CASH (Contraception and Sexual Health), Family Planning clinics, GUM departments, the involvement of pharmacists in providing the “morning-after” pill and the availability of contraception for free at GP clinics (all of which provide services for under-16s) are just a few examples of the ways that the state welfare system has accommodated for the inevitability of under-age sex. And the recent bureaucratic obsession with child protection and safeguarding policy following cases such as – which caught explosive media attention, have surely fostered as safe a relationship as possible between adults and children. Understanding sex on personal, social and especially emotional levels is immensely important for young people, even before they reach the age of consent. And of course, approaching any kind of discussion of adolescence and sexual maturity raises more questions than it may solve, the biggest grey area being different rates of developing sexual and emotional maturity among children and teenagers. It would be pointless, let alone downright dangerous to propose that anything sexually suggestive should be kept out of sight and out of mind for teenagers and young people.

But when did it become socially acceptable to make school uniforms and the school-girl “look” sexy? Eroticising uniforms brings us one step towards making it socially acceptable for young girls wearing school uniforms to overtly and deliberately attract male sexual attention. Seeing women wearing short netball skirts, see-through white shirts, knee-high socks (usually replaced by stockings), heels, pig-tails and the air of (feigned) naive playfulness naturalises the idea of “sexy children” for men. So next time that man sees a fifteen-year-old walking to school, what might he be reminded of…?

Not only this, but it encourages girls who are themselves under sixteen to recognise their school-wear as something which can help them attract attention. For girls who perhaps have self esteem issues, and in so many schools the self-consciousness-seed is planted disturbingly early with the proliferation of images of “perfect” women in the media and with girls (and increasingly boys too) wearing make-up and dying and styling their hair. Training to work with young people it becomes clear that nine out of ten comments that young people receive from adults are negative. Who could blame them for craving and needing more attention?

And yet contemporary society is drawing worryingly close to licensing attraction to children, from the availability of provocative clothing not only for under-16s, but also for children not yet even in secondary school to the creation sexy role-models for young people, such as Lindsey Lohan. The increase in self-esteem issues among young people ranging from varying degrees of body dysmorphia to anorexia all demonstrate troubling trends in the way that British children are growing up.

I wouldn’t want to suggest that all the guys at the DUCK “Back to School” event, or for that matter any men who find women wearing school uniforms sexually attractive, are borderline paedophiles. After all there are other understandably sexy fantasies which may inform this attraction, from the nostalgic yearning for childishly carefree or playful affairs to the more risqué appeal of the daring girl “breaking the (school) rules” and the desire for what they can’t have.

The 2006 film Little Children starring Kate Winslet hinges on the paedophilic behaviour of an undeniably creepy and troubling but sad man – sad in empathetic sense of the word too, who cuts off his own penis in a troubling gesture of apology. The question that this film seems to raise, and the undercurrents of “Back to School” nights for adults is this: are there ways in which we can move towards an understanding or sympathy for men who abuse children?