Are the Tories killing our Queers?

LGBT mental health isn’t the cheeriest topic I could be writing about on this fine Friday afternoon, to be honest. Amongst the worrying statistics and tragic reports of trauma, violence and suicide lies the occasional coverage of an inspirational story of courageousness and strength from survivors and campaigners. Apart from that, it’s mostly pretty grim. Cambridge University’s recent survey of a large sample of the queer population found that 12% of lesbian women and almost 19% of bisexual women reported mental health problems, compared with 6% of heterosexual women. Meanwhile 11% of gay men and 15% of bisexual men reported problems, compared to 5% of heterosexual men; a small difference, but significant enough to dampen my spirits. Pace’s recent survey found that 48% of trans people under 26 said they had attempted suicide, and 30% said they had done so in the past year, while 59% said they had at least considered doing so – this one really ruined my day. In a week’s time we all have to go off and pick some people to look after the country, and frankly some of the parties up for choice aren’t really bothered by these gloomy figures. So, let’s turn all this misery and despair into constructive anger and point the finger at whoever is messing it all up for the queers.

In terms of LGBT rights overall, progression of legislation hasn’t been too bad as of late. Cameron doesn’t fail to remind us in the Conservatives’ manifesto for this election that the coalition brought about same-sex marriage reform (despite the majority of Tories voting against the amendment), but this trophy feels more like a smug, audacious token in light of the more pressing issue of mental health problems and suicide rates amongst LGBT individuals. Why hasn’t this been resolved under a Conservative government? It’s because of those deep, swingeing cuts, of course. Frances O’Grady, General Secretary of the Trade Union Congress, said “LGBT services were already coping on a shoestring, receiving just 4p in every £100 of voluntary sector income. Some LGBT service providers now say they’re barely ‘staying alive’ and only a minority are optimistic that their future situation will improve”. This followed a report by the TUC, as well as UNISON’s recent research commission to NatCen Social Research, both concluding that LGBT services had faced particular damage from the cuts, more so than other sectors. The Tories apparently feel that LGBT rights are a luxury; a necessary sacrifice for the “long term economic plan”, something we can only enjoy in more affluent times. Which parties are going to take the welfare of the LGBT seriously?

The Labour party revealed an entire separate manifesto for LGBT issues, which was quite nice of them, and Stonewall heralded the party as the only one of the main candidates to holistically address the LGBT community specifically, claiming that they were the party with the most policies “that mattered”. In the list of pledges, the left-leaning British political party says they are determined to tackle homophobic, biphobic and transphobic bullying in schools and undertake a review of gender identity law. They will also appoint an international envoy for LGBTI rights and also ensure asylum procedures are fair to people fleeing persecution based on sexuality or gender identity, amongst other aims. Even Sir Ian McKellen has expressed his support of the Labour party in terms of their actions to help the LGBT community, specifically Milliband’s plan to “transform” access to mental health services. Despite all this, a poll showed that Labour and the Tories were neck-and-neck (26% vs 26%) for gay voters as the election looms, and a significant chunk appear to be turning to alternative parties to resolve their woes. Should we have our loyalties invested in an alternative government? 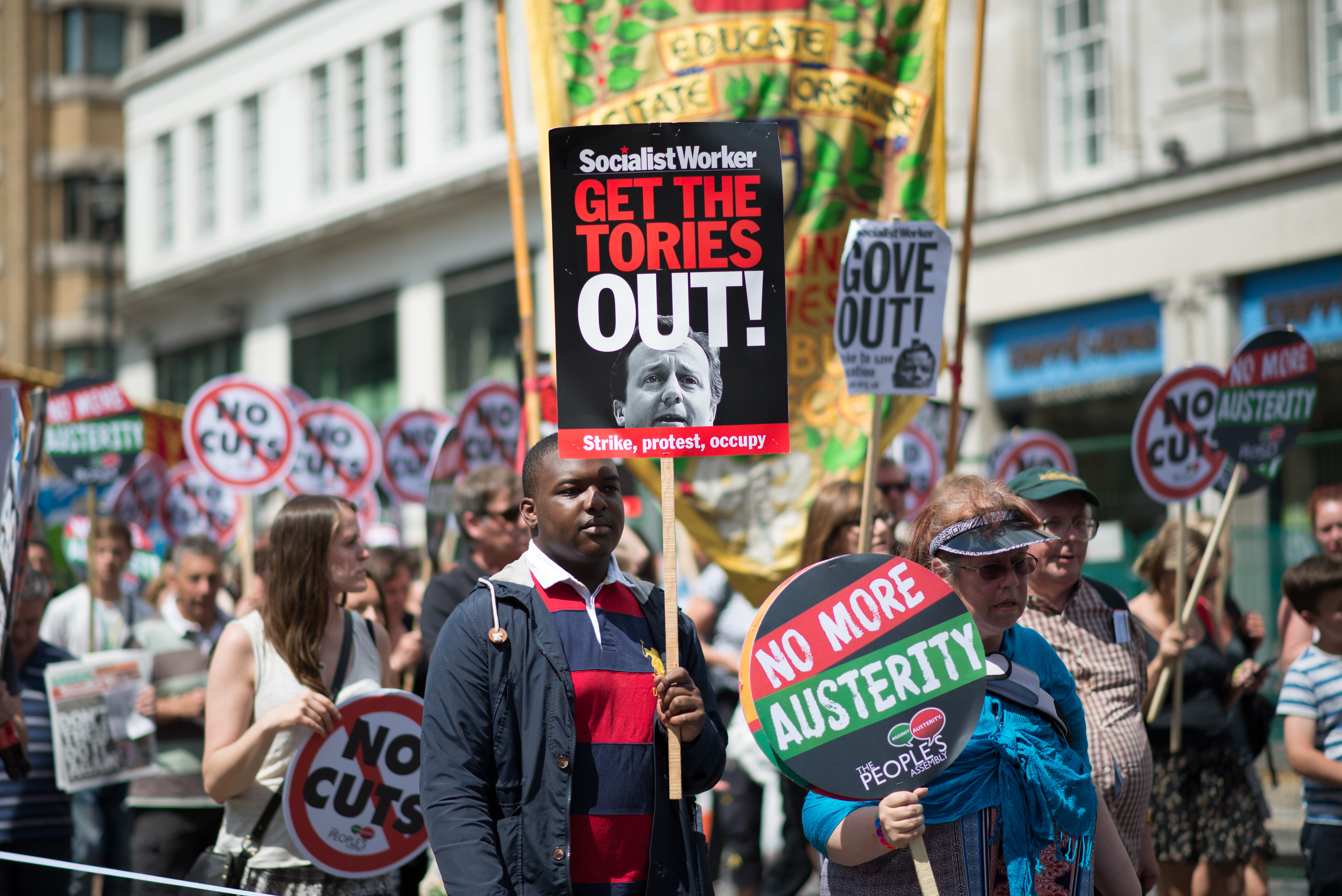 UKIP are the only main party to not mention the welfare or rights of LGBT individuals in their manifesto. A spokesperson for Stonewall said, “It’s extremely disappointing that UKIP has failed to recognise or agree to help tackle issues affecting the way certain groups of people can live freely as themselves without fear of persecution or discrimination”. I would agree with this spokesperson, but disappointment implies that I had expected Ukip to address LGBT issues in the first place, which I hadn’t. In fact, Farage hopes to exempt Christians from discrimination laws with a ‘religious conscience clause’, meaning that they would be able to discriminate in the workplace on grounds of sexual orientation. Standard procedure here would be to engage with Farage’s pledge and discuss his motivations and what the impacts of an amendment like this would have on society, but I’m scared that if I think about it for too long I’ll get really angry and take it out on some bystanding furniture – let’s not waste any more cyberspace on these idiots.

In Soho today, the Green party launched their LGBTIQ manifesto, acknowledging that “the struggle [is real]”. Caroline Lucas, MP for the Green party, has often been commended for her efforts, including calls for compulsory LGBTIQ-inclusive sex education in schools and her campaigning for a Gender Identity Clinic in her constituency. The manifesto includes a pledge to further support and push the reconsideration of the discriminatory blood donation ban against men who have sex with men, instead advocating an evidence based (read: common sense based) individual risk assessment. It also includes promises to protect LGBTIQ asylum seekers, promote rights abroad and ensure better services for trans* people. Bennett has even declared that the Green party is open to supporting the recognition of polyamorous relationships in the form of three-person marriage – wait until the House of Lords get hold of that one! Thus far, the Greens appear to be the only party taking LGBT rights and welfare with as much weight as Labour.

On face value, it would appear that the left-leaning parties (with exception of the SNP) are your best bet if you want to see the lives of LGBT people in the UK get any better. But can we trust any of these parties to deliver what they’re suggesting? Labour will undoubtedly relish in austerity as much as the next main political party, and the Greens have been criticised for being over-ambitious and economically unsound. With an election as unpredictable as this, we’ll have to wait and see.