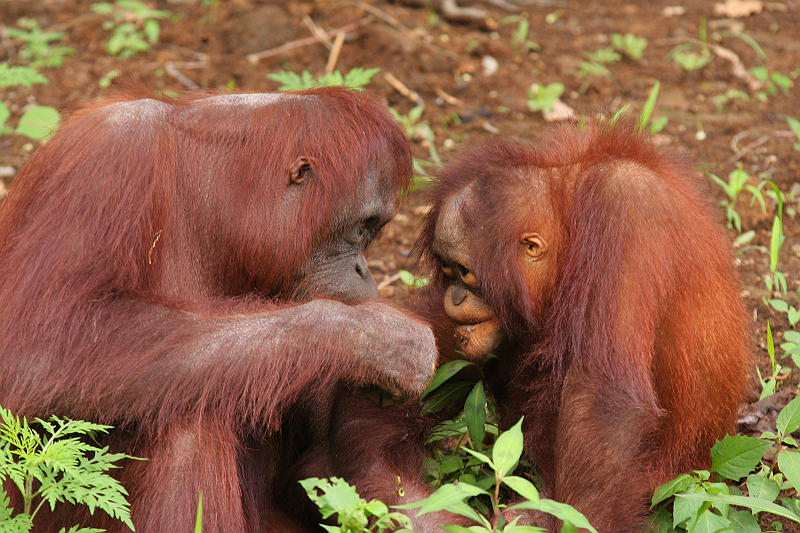 Do animals have the capacity for ‘true’ love?

Having shamelessly exposed the crazy, kinky and slightly disgusting sexual antics of the animal kingdom, it is only fair that we proceed to do much the same with the mysteries of animal love. There’s more to the world of mammalian reproduction than your mate’s leg-humping dog, and more depth to aquatic romance than 7 feet of blue whale vagina! Well that may be a slight exaggeration – the point is that humans are not the sole custodians of love; many animals put the average Durham Romeo to shame!

We will begin with the beautiful tale of the albatross, but I’ll warn you now, romantic tragedies are rife amongst the lives of these big-hearted, big-winged birds. The albatross is, of course, the world’s largest air-worthy bird and spends 5–10 years at sea before coming to back to remote islands in the ocean to breed. A handsome, young Mr. Albatross will find his Juliet and mate for life. Once Mrs. Albatross has raised their subsequent chick they will both take to the sea, promising to return to their island and be reunited. But, alas, it is a cruel world and sometimes one of the lovers will not make it back to the rock. The remaining mate will sit there and wait, day after day hoping for the return of its soul mate. In fact, he will not move until either she returns or he dies. That, my friend, is true devotion. But as it’s also rather sad and depressing, let’s move on to the next animal!

It is not inconceivable that a pair of animals of a kind may love one another, as with the albatross, but sometimes love really has no bounds and even breaks the species barrier. At the border of two game reserves in South Africa lives Charles the Cudu (a sort of antelope). He is a wandering male, looking for love. However, he isn’t interested in the female Cudu of his reserve; Charles believes the grass is somewhat greener on the other side of the fence, one which he literally has to jump. He likes his gals spotted and long legged…really long legged! Charles has fallen in love with a Giraffe called Camilla. The pair are often found wandering their reserve together, preferring the company of each other to that of their respective species. Charles has even been caught trying to mate with Camilla (obviously slightly problematic). Whether or not the pair will make their unusual relationship work is yet to be seen, but it certainly is remarkable if not a little romantic.

Thus far we have only described conventional (perhaps the wrong term) romantic love but many other forms exist. The love of a mother towards its offspring, the bromance, the hoemance, the orangutan-straydog…. This next example of animal love again crosses the species barrier but would probably come under the zoological term ‘bromance’.

Honumon the Orangutan and Rusko the dog have been firm friends ever since Rusko wandered into Myrtle Beach zoo off of the streets of South Carolina. Rusko was a stray and painfully thin. However, after he somehow got into Honumon’s enclosure, his life took an unexpected turn. Far from attacking each other, the two phylagenetically distant mammalians bonded. Honuman fed Rusko portions of his own food, petting him as you or I would care our own dogs. He gained Rusko’s trust and helped him get his strength back. In the animal kingdom, food sharing is a big deal; no such thing as a free lunch in the jungle. In fact the human kiss is thought to have arisen from the passing of food from lip to lip! Anyway, Rusko was not Honuman’s mate or child or even in his group of orangutans, yet he looked after him as if he were his own. The zookeepers let this friendship blossom and now the pair can often be found chilling in the grassy enclosure or playing in the pool together. Yes, as if this little ‘tan wasn’t special enough he can swim!

There are endless examples of situations where animals have been observed caring for each other in ways that traditional Darwinian rationale struggle to explain. Labradors nursing tiger cubs, homosexual penguins, our South African love birds and the Rusko-Honuman bromance. So do animals have the capacity for ‘true’ love? I would argue yes, but that it is normally repressed by the pressures of the wild. Yet in peculiar circumstances, this potential is realized, as with Honuman and his generosity. There was no survival pressure on Honuman to hoard his food so he shared it. Animals, particularly higher animals such as mammals, have evolved to maximize both individual survival and group survival, and love is a powerful tool to achieve this. With this in mind, it is not so bizarre that other creatures experience love as humans do, in fact we are simply lucky to have inherited the ability.