A Tattoo’s for life: Not just for a boyfriend 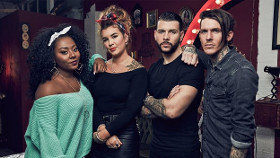 A relationship can be a work of art, a magnificent journey through life celebrating each other like a priceless Picasso. The popularity of investing time and money into a masterpiece is often acclaimed when the piece is displayed in a National Gallery. But when words are etched into your skin for eternity, are we really applauding our relationship, or are we dooming it forever?

The phrase, ‘a dog is for life, not just for Christmas’ springs to mind when contemplating this unusual pastime. What one adores at a single point in time, may down the line turn into a lying, cheating, distasteful memory. Yet it still must be observed as a painful reminder bringing with it your mums shameful nodes and a whole world of disappointment. With the popularity of E4’s new hit show, ‘Tattoo Fixers’, we see Jay Hutton, Sketch, and Alice Perrin tackle some of the dodgiest, most disturbing and downright shameful tattoos we have seen to exist. Dealing with the taboo of having a partners name tattooed to you often makes for great TV, but when it is someone’s life, is it really worth all that drama in the first place?

Often, the traditional relationship will see flowers, marriage, sharing a life, as the respectable and honourable ‘celebrations’ of a successful partnership. Inventive individuals may find the tradition a bore, wishing to mould and create their own set of rules and memories with their life partner. But is it really a wise decision to ink a partners name or symbol on your body, when it lasts forever? How can we be sure that it will last?

As evidence suggests, such by the likes of people on Tattoo Fixers, we all make mistakes. It is natural, human nature. But with a tattoo, we cannot push it to the back of our minds and forget it happened. In most instances, their name is tattooed to your body, a daily reminder of the relationships failure. But not only as a reminder of a failed relationship, it is sure to be even worse for victims of depressingly horrendous break ups. Similar to a black spot in pirate tales, the mark of an ex-love is like a calling to the Kraken to swallow you whole. In those awkward meetings with acquaintances asking how is your partner doing, and having to rehash the breakup over again. Away from the day to day nightmare explaining to your Gran that yes, you know you made a mistake, and yes you will learn from it. Until the next one comes along, and you’re head over heels with your ‘soulmate’.

In essence, maybe it is a bit optimistic to paint your lovers name all over your body… permanently. But at least the heart is in the right place. It is each and everyone’s own decision what to do with their body, and if that is what you want to do, knock yourself out. But when and if it goes wrong, at least you now know a place to seek much needed assistance. Head to the Tattoo Fixers pop up parlour, and turn a bad stain into a glorious masterpiece.

A countdown of the top 3 worst relationship tattoos: 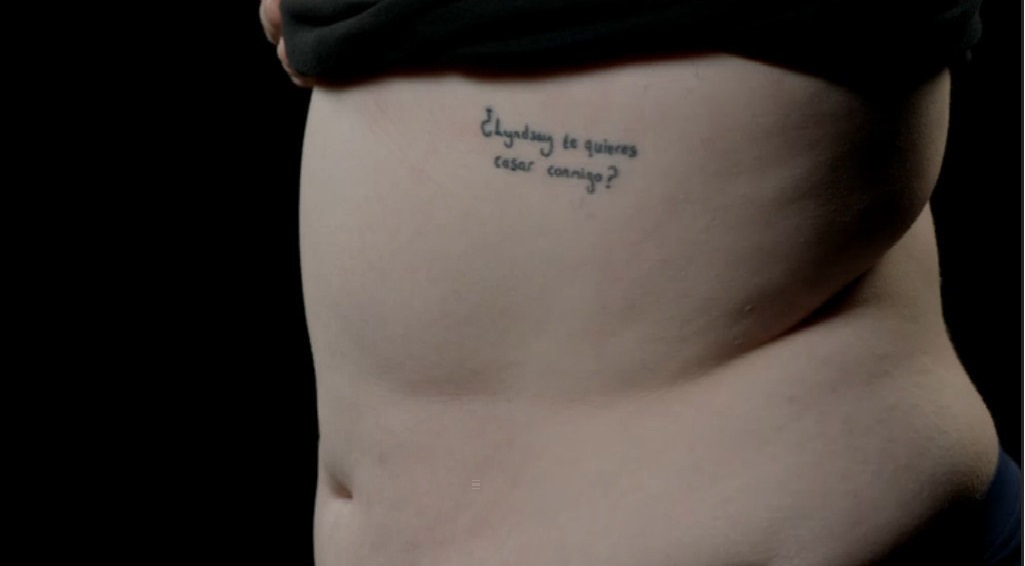 Studio Lambert/ via Channel 4The original, a marriage proposal to her girlfriend Lindsey. 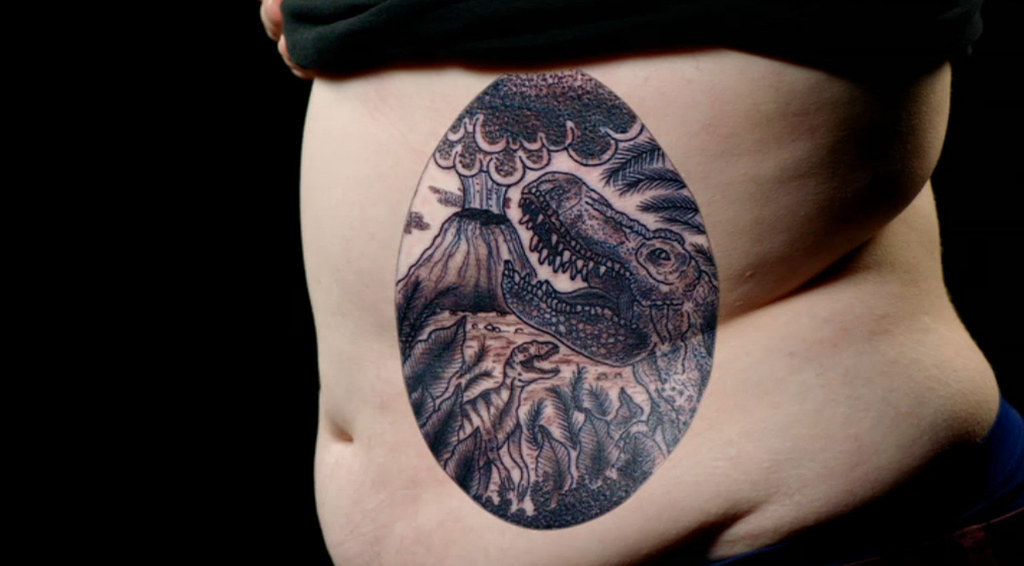 Studio Lambert/ via Channel 4Lindsey said no, and now with a new girlfriend it was time to scare away the bad memories with this dinosaur piece.

All episodes are available on Channel 4, and new episodes of Tattoo Fixers are on E4 at 9pm Tuesday.