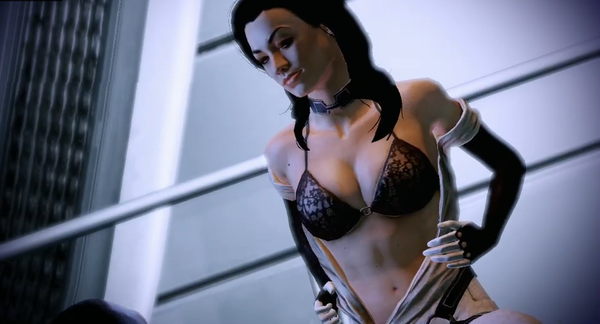 Pong. Everybody knows Pong; that achingly retro, trailblazing game, involving two bars and a pixel. From the historical standpoint, Pong is a marvel; a beacon showing the mere possibility of the computer game, in which a human player can pit their wits against a sentient computer or a willing friend. No-one can deny what Pong did for the medium in the historical sense, but have you tried playing it recently, in these contemporary times? Of course you haven’t; you’ve got far better games now, you spoilt present-day folk.

Why is this? It’s because these pioneering games were intrinsically simplistic; embodied in the form of arcade cabinets and games such as Pong, Space Invaders and Asteroids. The objectives of these games were straightforward – you fire a pixellated projectile at your opponent; and they either have to return or avoid it. Right there, lay the story, the concept, the execution, bound up in a clear us-and-them interaction as limited by the constraints of the time. Simple, seventies-era technologies revolving around such monolithic devices have since given way to a much more powerful and portable smorgasbord; the console, the handheld, even the smart phone, all capable of evoking richly-detailed worlds, complex characters and intriguing plotlines. But whilst the technology has undoubtedly undergone a paradigm shift of gargantuan proportions, one can argue that narrative invention has been left behind, trapped in the dark recesses of the arcade. Integral parts of the human experience are being treated by the gaming industry with kid gloves, their past defences of technological limitations receding under a wave of progress. Yet despite this, vitally important parts of the human experience are being overlooked by gaming plotlines, instead turning to the simple antagonisms of the 1970s game to drive the narrative; us versus them, the hero and the villain, etc.

To the point; if technology is now capable of presenting a veritable cornucopia of subtlety and nuance why does it not? Why does it not tackle integral aspects of humanity, such as sex? As already hinted, the problem does not lie in technical limitations, but ideological ones. Put simply, it is not that games can’t do sex, it is that they won’t. I would argue that this leaves the industry in a precarious and deeply ironic position; that the admirable march of technological progress will further and further voraciously put the industry’s prudish attitude toward real life issues like sex under the spotlight, further highlighting an unjustifiable stymieing of creativity and wasted potential. Such attitudes are the veritable rock which gaming finds itself tied to.

Gaming isn’t the only medium to have hit this barrier; one of the oldest mediums, publishing, has suffered such attitudes, with novels like D. H. Lawrence’s Lady Chatterley’s Lover only being deemed acceptable for us Brits since 1960, thirty-two years after its publication in Italy. Hollywood too has found itself in a similar quandary, with infamous post-war rules governing how long a kiss should last, and how a sex scene should be presented; usually with the closing of a bedroom door, concluding with a fadeout to the oh-so symbolic roaring fires and fireworks exploding. Yet a shift in mentality has definitely occurred; since the hay-day of these rules in the forties and fifties, films such as John Cameron Mitchell’s 2006 effort Short Bus have been passed by the BBFC, consisting of graphic, non-simulated sex. Yet gaming stands alone these days as a target for Mary Whitehouse types; rather than being seen as a serviceable vehicle for a complex plot, sex and relationships in videogames is seen as a corrupting influence – note the infamous San Andreas ‘Hot Coffee’ scandal, in which a sex minigame was ejected from the finished code of the game. If one actually studies the offensive material, one can see that whilst it is crude, very little is happening in that scene that doesn’t happen in 15-rated films, or even in some 12As. Certainly, a lot more happens in Short Bus. With such a monkey on its back, is it any wonder that gaming and sex remain curious bedfellows?

Yet the industry does not help itself, as efforts to make a sexless plotline seem mature often misstep and fall into crassness. For example, in the Mass Effect series, the protagonist, Shepard, has the ability to carry out a romantic relationship with a crew member. Yet it is flawed; for all the talk of relationships and interaction, it is all still very tightly controlled through a series of clear-cut decisions, chosen as an aside, rather than an integral part of the quest. The deal is further cheapened by the existence of the ‘Paramour’ trophy to commend and reward the fact you have bumped uglies with a team member. Additionally, after the act has been committed, the player finds that they can no longer undertake any new interactions with that character; their emotional journey, their value as a person, ends after Shepard gets them between the sheets. Such an approach to relationships and love is at best essentialist and at worst reprehensively juvenile. It is in the face of such things that a new approach is not just needed, but actively warranted.

Don’t get me wrong; I’m not advocating a complete eradication of the boundaries. After all, such profligacy does exist already within the industry, and does little to enhance its reputation; from the ‘jiggle-physics’ of the bustier characters in Dead or Alive Volleyball (don’t ask) and the ability to go Brokeback Mountain on a dwarf in Dragon Age (really, don’t ask). There’s no need to enter a dissolute new age. What I am suggesting is that bringing an open mind to the development table can exponentially enhance the worth of a game. For example, is it not true that games such as Heavy Rain create such a compelling dynamic between their central couple (Ethan and Madison) by simply making them act human with each other, with all the complexities and nuance that comes as a part of that? The fact that they can have sex within their plotline is merely complimentary to their storyline; not a terrible totem or a sideshow for titillation, but merely part of the human experience, and much better placed for it.