“They repeat your behaviour”

“Yes. Echoes – That’s exactly what they are” 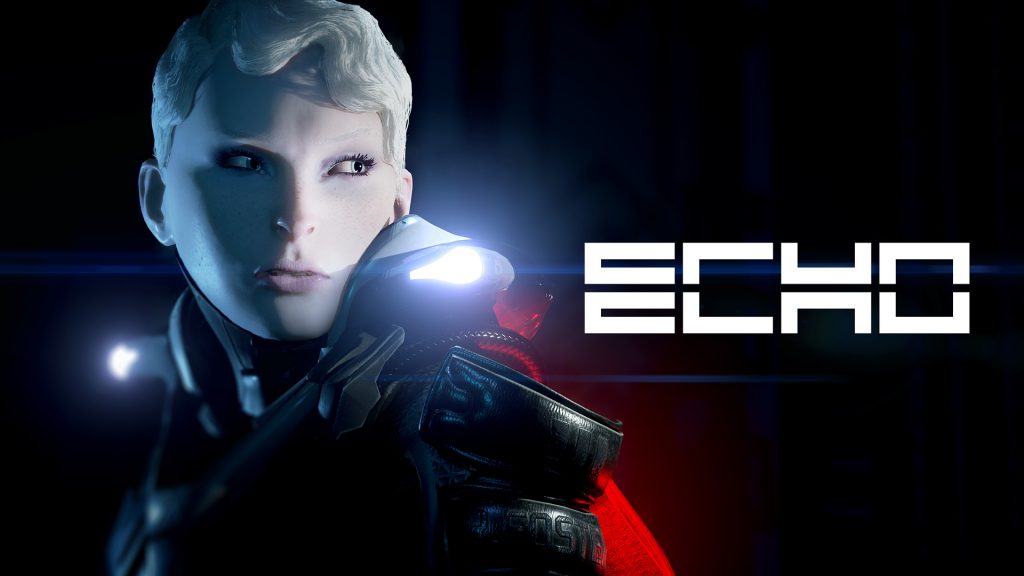 After playing the first main part of Echo I have been left with a lot of feelings of how this game challenges my own play-style in a painful way. The game is punishing and rewards reserved, calculated gameplay – rather than the run and gun behaviour I am often accustomed to.

I picked this game up knowing it was made by former Hitman devs Ultra Ultra. Being a big fan of the Hitman series I had high hopes for this game and the new direction they were following with it. They are a relatively new studio (founded in 2015) and this is their first game, out on PC, Xbox One and PS4. It has a great concept: whatever you do, you teach your enemy to do – and that enemy is yourself. 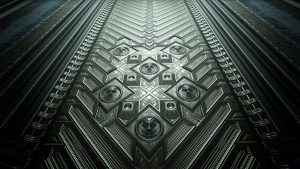 Part of the impending architecture of the Palace

You play as girl called En who, after being in cryostasis for one hundred years, arrives at the monumental planet known as “The Palace”. What starts as a simple sci-fi adventure, gradually descends into a deeply unsettling psychological thriller. The pristine rooms and ethereal music always seems to be concealing something much darker and harder to comprehend than what is initially perceived.

The enemies you face off against in Echo are the copies of yourself which populate the palace. They are designed as exact replicas of En, but they are restricted by the actions you do and don’t take. This works in cycles where, when the lights are on, the palace will track your actions, and when the lights go down it begins to learn your actions. After a complete black-out the robot versions of yourself – or Echoes as the game describes it – are able to learn the actions you took last turn. This is terrifying. 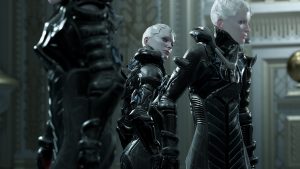 En examining some of the “Echoes”

Echo makes you feel trapped in a very different way to most games. Every single action made has to be thought out in great detail before making the way through the environment. If I choose to shoot now will I regret that decision when the lights come back, with shots firing from every direction? Simply opening a door will allow the Echoes to do the same – do I want the swarm of them gathered in that room to be able to get out and hunt me?

Pure impulse reaction is something I rely on heavily in my gaming experience. In Hitman, if I mess up, it’s fine. I can always act in the moment, get out of the situation using all the tools and skills at my disposal. It could be an entire platoon of heavily armed soldiers, inconceivable that I would ever survive, but my gut reaction would be able to save me. 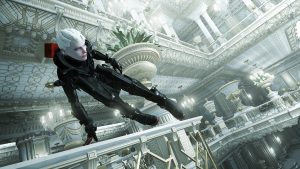 Echo strips this away. Each moment means so much more than just an easy way out. I found myself performing worse when my panic mode set in. It is okay within one cycle, the machines can’t do what you are doing, just lumber over to you slowly. But by using everything you’ve got, you teach the Echoes everything they need to know to stop you.

This creates a claustrophobic experience in which you find yourself performing only one distinct action at a time. Most levels I was saving certain movements or skills for when I knew I’d need them most. 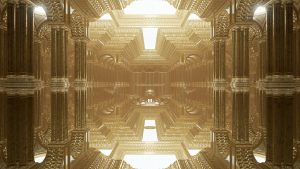 The Palace comes across as too perfect at times

Before the Echoes are made you can choose where you go in the environment and how you move in the environment. The games starting chapters are like a dangling carrot which is quickly snatched away. Everything learnt in the first section becomes a possible restriction.

The devs over at Ultra Ultra state their aim is to make more experimental games, saying “the studio was born out of a longing for stranger horizons”. With Echo, I’d say they have achieved this goal. The impressive AI scripting combined with the stark – somewhat clinical – art direction has created an experience which makes me feel deeply uncomfortable, but all the while longing to dive deeper into the twisted mechanisms of the palace.

I still have to finish this game and I hope that it sticks the landing with its ending, especially after such a great start. This studio seem to be onto something great. If they keep making such exciting, enthralling and experimental games like this, they will push the medium into some great directions. 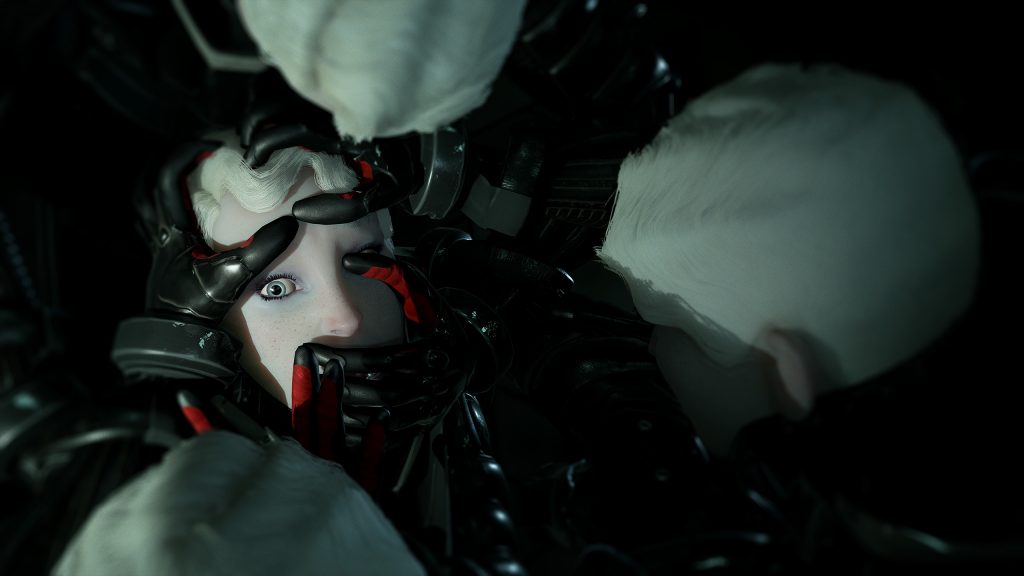