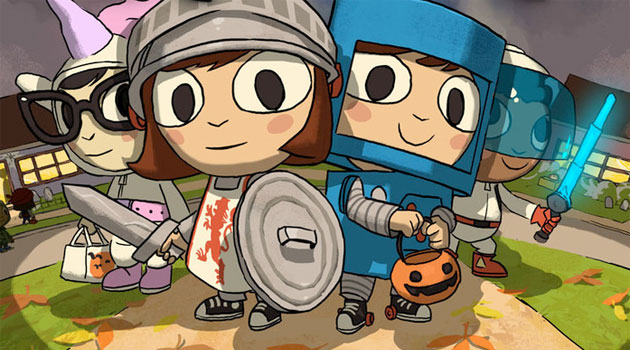 For those who aren’t aware, Tim Schafer and his company Double Fine Productions are long-standing critical darlings in the video game industry. Their properties such as Psychonauts, Brutal Legend and Trenched, are almost exclusively regarded highly by critics and gamers alike but they never seem to gain mass financial appeal – or so it was perceived. This week Double-Fine broke a Kickstarter record, amassing nearly 1,400,000 in two days by simply asking the fans for it. Whether this speaks for a new age in innovative game design is unclear.

Kickstarter.com allows small companies and individuals to take on a charity like persona and ask for donations; in return the user receives a tiered reward dependant on how much he or she donated. Schafer provided assurance that every significant donation would net the funder a copy of their finished work. Schafer and Double-Fine were already hitting headlines before they even announced this project however as esteemed developer ‘Notch’ – of Minecraft fame – expressed interest in funding a revival of the Psychonauts franchise. Whilst there has been a twitter dialogue between Schafer and Notch, nothing has been confirmed. One does wonder whether this Kickstarter appeal to fans was bolstered by the whiff of a returning classic. It’s made perfectly clear that Double-Fine’s appeal isn’t anything to do with their psychological escapade of 2005; this new outing is being dubbed Double Fine Adventure “a classic point and click downloadable adventure game.” Whilst this may not seem like a thrilling prospect, the notion of having a game yet to be made on pre-order is something that has clearly captured much of the gaming public’s imagination and wealth.

No stranger to the world of downloadable gaming Schafer hopes Double Fine Adventure will exceed the rather modest outings of Costume Quest, Stacking and Trenched: all quality and innovative downloadable games that failed to reach mainstream appeal. Notch’s interest in their company, if not this current project, will likely provide a boost to general Double Fine awareness as Minecraft’s current registered user-base is hovering around the 17,000,000 people mark. Whether this will allow Psychonauts 2 to secure better sales than its father is another matter and question entirely, it could simply be that the video game community at large still doesn’t want as much bizarre thought-provocation as it does terrorist-invasions and a comfortable gun.

Indeed, it could simply be Schafer’s own eccentricities that stop Double Fine exploding. His games after all are somewhat of an acquired taste. Psychonauts for example walks a bizarre line between Inception and a disturbingly dark Pixar movie. Brutal Legend is one part Jack Black ego/Metallica and three parts real-time strategy gaming – a clash of aesthetics and mechanics that didn’t go unnoticed by the critics (and to some extent Double Fine fans). Much of Double Fine’s work makes little comprehensible sense which, for the most part, is what makes them so refreshing and interesting. The litany of awards picked up for Psychonauts speak volumes about the hurdles the company is still trying to overcome. In 2005 the British Academy of Video Game Awards gave it ‘Best Screenplay’, PSM Issue #100 listed it within the top five games of the year; yet IGN awarded it the ‘Best Game No One Has Played’ prize as did Electronic Gaming Monthly and PC Gamer Magazine. Whilst Double Fine are certainly not in this position to the same extent these days, in an industry built on regurgitation, it’s sad to see the innovators lay nowhere near the top.

I’d like to think these last few weeks represent a turning point for Double Fine productions. Indeed, the enthusiasm they produced so quickly and so potently suggests a dedicated and large fan base. I’d like to see Double Fine Adventure and Psychonauts 2 (if ever released) get the acclaim their predecessor deserved outside of gaming magazines. The sad truth is, the bulk of the industry money doesn’t gravitate towards innovation (especially peculiar innovation) and – whilst this week’s Kickstarter exploits beg to differ – when Double Fine Adventure finally faces Grumpy Mute Soldier Killing Terrorists Awesomely 5 in sales, the funds will continue to move towards that familiar sound of an M5 round thudding into an online opponent.