Co-op Games to Play This Christmas

Christmas is coming around and so is the bad weather. It’s snowing, hailing, and raining all at the same time in what appears to be a hurricane and the sun is nowhere to be found. With roast in the oven, stew on the hob, and TV dinners in the microwave there really is no place like home in these trying winter months.

Now assuming you’ve ran out of movies to watch, soldiered through the entirety of Netflix’s catalogue, incinerated all board games out of frustration, and soaked all your playing cards in booze (as many of us are likely to do), I’ve got you covered in your fight against boredom. With just a few mates, several controllers, and a computer of some kind, you can have the time of your life* enjoying these quality** couch co-op games!

* “time of your life” not guaranteed.

Hold your horses because this won’t be the last time a cooking-themed game will be mentioned on this list. I guess like a good meal, a good game is best enjoyed romantically with a bottle of wine shared between two people under candlelight on the banks of the Seine. Cook, Serve, Delicious! is a frantic button-mashing cook-a-thon about running a restaurant located somewhere between the Queens in New York and outer space. With its two-player option, you can enjoy its water-tight design, delectable theme, and exhilaratingly frenetic gameplay with a friend! A perfectly well-done game that serves two people looking for a challenge.

Also the sequel looks pretty swell, and but I haven’t played it yet. 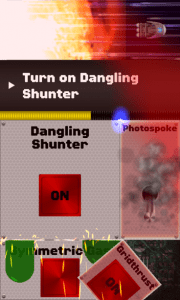 Spaceteam is something truly alien to the mobile market – a quality free game without freemium pay to win elements that can be enjoyed without internet connection. Have you seen Star Trek or any sci-fi film featuring spaceships in the last 50 years? Because Spaceteam is that scene where panicked commands are shouted from captain to crew in techno-gibberish in face of impending doom. The game condenses, ferments, purifies, and distills the “panic” of piloting a spacefaring vehicle when everything is going wrong by issuing commands meant for others on your device screen.. Supporting anywhere between 2-4 players, a game of Spaceteam can quickly devolve into an incomprehensible shouting fest that has no right to be so enjoyable.

Also it’s free, so grab it on your mobile device’s app store. Multiplayer supports bluetooth or wifi, but sometimes it can be a bit difficult to set up.

Pricey, so I’d recommend waiting for a sale or checking out the prequel, which is frequently on sale. Praised as the “best strategy game since XCOM 2” by some random reviewer on steam, Divinity Original Sin 2 is without a doubt one of the most enjoyable co-op experiences I’ve had this year. Set in a bizarrely hilarious Monty Python-esque rendition of Tolkien’s Middle Earth, enjoy talking, stealing, and murdering your way through a wonderful array of quests and NPCs. The game by itself is already one of the best Role-Playing Games ever made, but it just had to outdo everyone else by also being a standout turn-based strategy game that can be played co-op with up to 4 players. The combat offers actual strategic depth different and leagues better than your conventional RPG, and the exploration mechanics are also far better fleshed out than the likes of Skyrim. Can you think of a game where you can either converse with or battle a gang of teleporting crocodiles to gain their teleporting powers?

I have a lot to say about the game but if you want to play it I recommend having a relatively powerful PC. This game requires a good deal of time commitment, but is definitely worth it.

Well I did warn you, didn’t I?

Overcooked is a fantastic take on the cooking game where the focus isn’t on trying to make the perfect meal but to not explode the kitchen in a gas leak. Don’t let the cutesy aesthetics fool you, for I speak no hyperbole here in saying that Overcooked is bat-shit insane. You and up to 3 of your mates must conquer a set of challenging kitchens in the Onion Kingdom (sound familiar?) by working together to operate a tightly run kitchen while the world falls apart around you. The wrench in your figurative machinery here is that the kitchens are anything but normal, ranging from two moving vehicles to the depth of hell itself. The controls may be simple, but the challenges are anything but. 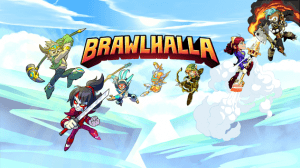 No co-op game recommendation list can be complete without one fighting game, and with my audience in mind, I wholeheartedly recommend Brawlhalla, a Smash-like fighting game free on steam. Now you certainly can go and illegally download a rom of Super Smash Bros. (and other titles) and emulate it for free, but I won’t recommend that, not at all, don’t do it, etc.

With that out of the way, why Brawlhalla? Certainly it’s not the shiniest fighting game out there, but it is an enjoyable experience in itself, with a variety of interesting characters and a focus on unique weapon combos combined with the cathartic screen-obliterating style of Nintendo’s Smash Bros.. Fun, fast-paced, and free, the game is a no-brainer when other games are out of reach.

Let me make it perfectly clear that I do not endorse illegal pirating of video games, but it is simple fact that some of the best local multiplayer games are in the past. Emulation of consoles on your PC through Emulators is perfectly legal, but acquiring the games are illegal if you do not own the games legally (i.e. have a physical copy).

But if you already own the games, emulating old classics from the SNES, Wii, GameCube, etc. is a cost-free option for finding games to play with friends. This has been your games PSA of the day.