Can you guess how much teams are paying to play League of Legends competitively? 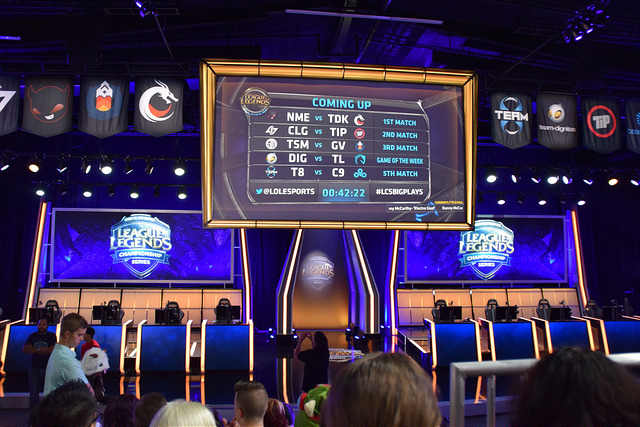 On 1st June 2017, Riot Games announced changes to the competitive eSport league “North America League of Legends Championship Series”, which is known by most fans as NA LCS. These changes are grouped under the term “franchising”, which will allow teams to buy a spot in the tournament. Can you guess what the starting buy-in price for teams are? Well, if you took the university tuition fees for this year and multiplied it by 800, you would still not have enough money to enter the league. The buy-in price is $10 million, which is almost 7 and a half million pounds! Furthermore, this fee is only valid for teams that played in the NA LCS previously. Teams that are new are required to pay an additional $3 million or roughly 2.2 million pounds to compensate for the teams they are replacing next year. The million dollar question now is why anyone would want to pay that much to play a free-to-play video game competitively.

Let me first give you a quick summary of how exactly this eSport league works. The NA LCS is a tournament involving 10 teams that repeatedly play against each other for nine weeks. Each week averages about 150,000-250,000 viewers and this only takes into account the people that watch it for free and live on online streaming websites like “Twitch.tv”. Viewers can also pay to watch these teams play in person within smaller stadiums. Every year, the tournament is divided into two “splits”, where by the end of each split, a team is crowned the winner of that split and up to 2 teams can be relegated to a lower tier tournament. With these new changes, a team is basically signing a contract for a spot in the NA LCS, which means that no team can be relegated and thus every split will have the same 10 teams.

Riot Games has recently announced the finished set of 10 teams that are going to play in the tournament next split. 6 of these are teams have been part of the NA LCS this year. One of the other 4 teams is part of the professional eSports organization “OpTic Gaming”, while the last three teams are affiliated with major NBA basketball teams. The owners of Cleveland Cavaliers, Golden State Warriors, and Houston Rockets, who are each multi-billionaires, have all successfully claimed a spot in the NA LCS. This explains how the teams were able to afford a spot in the NA LCS, but why would they pay so much in the first place?

The main reason is the fact that eSports is an industry that is rapidly nearing the billion-dollar industry mark and thus there exists a lot of money to be made. $10 million is obviously a very large amount to invest, but there is so much more money to be gained in the long run. Let us look at this year’s “World Championship”, which is a tournament that takes the best teams from each region, such as North America, Europe, Korea, etc. and makes them compete against each other. A report by “ESC” has shown that an average of about 73 million people watched each of the games live, with peak viewership being at about 106 million viewers. Furthermore, there exist major sponsorships to be gained by the individual teams. Huge brands like Intel, Nvidia, Samsung and many more are already sponsoring various teams. The individual players also have their own fan bases and can make money through methods like streaming or advertisements.  League of Legends definitively played a vital part in the advancement of the eSports industry and it will very likely continue to do so in the near future.

There exists a huge audience for eSports and even though this piece only focuses on League of Legends, there are numerous other games like Overwatch or Counter-Strike that are also hugely popular. Overwatch, for example, has also introduced a franchising model, where teams can pay a buy-in price of $20 million for a spot in the Overwatch League. Even though League of Legends has much more viewers and is a more popular game, the 12 spots in the Overwatch League have already been recently acquired, showing just how competitive the investments into the eSports industry actually are.

Video games have become much more common and popular these days and it looks like this will not change in the near future. More and more games are being developed with the aim of having a competitive scene. Even mobile games are trying to become relevant in the eSports industry. Numerous reports in the past have claimed that the eSports industry will surpass the billion-dollar mark in 2020, but I would not be surprised if they already do that in the near future.