The Bubble’s Favourite Games Of 2017

It’s that time of year again. The moment in which we can all look back on 2017 and think: man there were some great games this year. Here are five games chosen by the gaming sections writers that were our favourites of 2017.

There is a whole range of genres represented here – from the cute simulators to the grand high fantasy. Obviously we can’t play every great game but I hope you will enjoy the ones we have selected for this list.

The Sims 4: Cats and Dogs (Expansion) 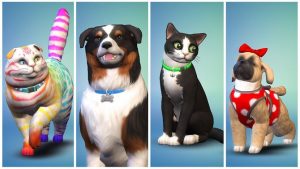 It’s hard to not love the Sims franchise: you can avoid all the responsibilities of your real life by playing with an alternate version of yourself in a better one. After my summer playing through eleven (!) generations of one family in The Sims 4, it’s fair to say that it has been my most played game of the year.

While I thought it couldn’t get better, the Cats and Dogs expansion pack was released in November. My fantasy life was made even more exciting by having 7 pet cats roaming around the house after adopting all the neighbourhood strays.

While you do need the base game to play this expansion, and despite the controversies with EA and money this year, I feel that this game is definitely worth it if you love animals and the Sims. The Create a Pet system feels like a game in itself, with its huge range of breeds and the incredibly detailed (and fun!) Paint Mode. The new world, Brindleton Bay, is incredibly scenic, and the new Build/Buy mode items are charming and rustic.

If you needed any more convincing that this game is incredible, you can age the animals down, so you can have immortal kittens and puppies. Enough said.

XCOM 2: War of the Chosen (Expansion)

XCOM 2 War of the Chosen

Let me cut right to the chase: XCOM 2: War of the Chosen (WotC) was probably my favourite game this year. The Firaxis thunder strikes twice on the new rebooted XCOM franchise, delivering expansive expansion packs to yet another XCOM title in what I hope to be a pattern in wherever the studio takes this franchise. A must have for lovers of turn-based strategy and super-hero dress up games who also happen to hate aliens, I recommend finishing the base game of XCOM 2 before picking up WotC due to the sheer amount of mechanics and difficulty hike this expansion brings to the table.

Much has already been said about the quality of this expansion by others, so I’ll end this by saying this: In an age where predatory and exploitative full-priced games have become the norm, it is refreshing to see a studio actually provide players with a genuine sense of pride and accomplishment by putting effort and love into downloadable content for their game. 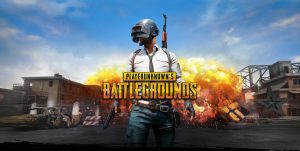 My favourite game of 2017 has to be PlayerUnknown’s Battlegrounds, also known as PUBG. This game encompasses a unique blend of high-octane and tense action with a cunning stealth aspect unlike any other game trying to break into the genre. Despite only being in early access, PUBG has made what can only be described as an atomic bomb tier entry into the video game market by focusing a game around a whole new wave of marketing style – streaming.

It cleverly attracted an audience that was longing for a proper battle royale game after the disappointments DayZ and H1Z1 brought to them. PUBG also added to the already massive fan base through the fact that it blew up on streaming websites like twitch.tv. Due to its high player count, finding games merely lasted a few seconds and numerous action-packed games could be played within a reasonable time. Additionally, each game put you in a unique spot, as looting and the place where the circle ends are randomised. Thus, playing the same map over and over again did not feel repetitive at all. It is a very fun game and you are definitively missing out if you do not give it a try. 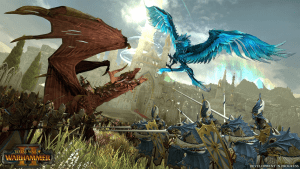 SEGA have become adept at building on foundations of Total War – Napoleon surpassed Empire and Attila improved on Rome. Warhammer 2 has pushed the limits of the original Warhammer by giving a sprawling campaign with competent AI that knows how to play on the strengths and weaknesses of players and engaging them in vast battles with the right amount of conflict between factions to keep you challenged. Diehard fans can be reassured of a clean ending and throughout the campaign diverse maps require novel tactics to win nail-biting matches. Warhammer 2 surely test your cunning strategies to hold a province against multiple assaults that force you to be creative with diplomacy and war ambushes.

Progression through the game encourages the gamer to forge alliances within his own faction and further down the line the creation of a confederation or even an empire. The politics, the technology trees, the economies all give you a sudden expansion: battle with marauders to conquer a city or deal with the weight of a developing province. With time your armies grow larger and larger, and you will feel considerably the impact of choke point maps –special places where you have your forces funneled and narrowed on a bridge or different lands with depth used by enemies. Many powerful strategies will turn out to be ineffective and sometimes pure cavalry forces may unexpectedly hold the line but only to a degree in the right conditions.

Warhammer 2 is about variety of play with the right pacing and not about waiting to finish end-of-turn – the best improvement is Chaos Invasion to keep the interest of powerful players with developed empires.

Getting Over It with Bennett Foddy

Getting Over It with Bennet Foddy

If you were to say to me a year ago that a game about a man in a pot dragging himself slowly up a mountain with a hammer would be my favourite game of 2017 I would have laughed. Getting Over It with Bennet Foddy is a ridiculous game about failure, and persistence in the face of that failure. While gently using your mouse to propel yourself with the hammer, Foddy’s voice talks you through the idea and history of the game and occasionally says various semi-inspirational quotes

Foddy likes to create games which punish the player. Ever since his early flash games (remember QWOP?) he has been reveling in the players pain. If you want a carefree, handholding experience, this type of game shouldn’t be for you – but in a lot of ways Getting Over It is.

For people (like me) who at any hint of difficulty will recoil and bounce off of a game, Getting Over It is a perfect antidote. Every mistake is a potential lesson. Every time you fall you learn something more.

This is why this my favourite game this year. Foddy has distilled the frustration of difficult games into something incredibly (if painful at times) satisfying to consume. It is not an instant satisfaction by any means – but something found in taking hours climbing only to fall right back to the start.