Battlefield and Call of Duty throughout the years

Michaela Atanassova in Gaming on 1 December, 2016. 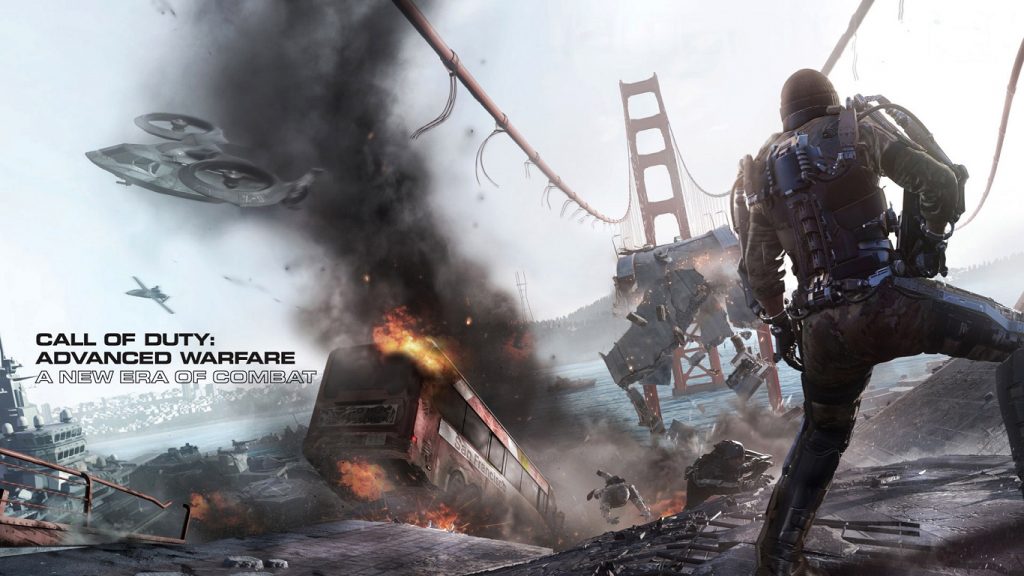 The two leading first-person shooter action games continue to compete with each other. However, how much have they really changed for the last decade? As almost every year a new installment to each franchise comes out it would be hard to see any big refinements in gameplay. Battlefield 1 which came out in October has been more successful than Call of Duty Infinite warfare as CoD had only 90000 online players at peak time. Does it mean the demand for action games has changed as consumers’ preferences have fatigued from the same multiplayer mode formulas.

Battlefield starts gaining massive popularity and widespread critical acclaim in 2005 with Battlefield 2 as it introduced online gamers to new features which touched upon collaboration and teamwork in order to conquer a flag and beat the rival team. On the other hand, CoD in 2005 published CoD 2 set in the World War II where a player could choose to play the perspectives of the Red Army, United States or British army. The different campaigns introduced an enjoyable set of 3 stories with a total of 27 missions where you need to overcome the odds of war. Multiplayer involved Deathmatch (Team as well), Search and Destroy, Capture the Flag set in Africa, Normandy, Russia. Mostly the realism and AI were praised by critics while in Battlefield the team gameplay of the multiplayer. Those two games set the fundamentals for the following ones in the two franchises – CoD always had an immersive interesting short single-player storytelling with options for multi and Battlefield was always better in multiplayer experience.

Graphics is the first feature and probably the primary goal for game developers when it comes to the next big action game in a franchise. CoD have not changed their engine that much throughout the years as they use IW since the very first game and have only updated it by improving texture details, destruction, lighting, shadowing and fluid dynamics. Black Ops II and III use heavy modifications to the IW and are considered separately. Battlefield changed their engine from Refractor 2 in 2005 to Frostbite in 2007 and updated to the popular next generation Frostbite 2 that is fundamentally used in other successful games like FIFA 17, Dragon Age Inquisition, Mirror’s Edge Catalyst, Mass Effect Andromeda, Need for Speed: The Run.

DICE changed the experience in multiplayer with Battlefield 3 which in 2011 progressed the franchise to the level of CoD and nearly matched Modern Warfare 3 in sales. Even though it had weak reviews of the main campaign because of AI, it lived up to expectations about the online multiplayer which introduced more detailed destruction of the environment. While, MW3 entirely changed its killstreak reward system by earning more and more points without dying which eventually levels you up in rank depending on your class. It was a highly anticipated game and made more than $400 million in revenue but it lost to Skyrim. However, in total it reached 1 billion beating Avatar’s record. What made it so successful was not innovation like Battlefield 3 but new modified gameplaying modes, immersive graphics and familiar fun from previous games (stable reputation). Black Ops II in 2012 beated MW3’s record in revenue sales by 15 days.

The following step of the rivalry was Battlefield 4 competing with CoD: Ghosts. Both games had less sales of units due to the uncertainty in the transition to eight generation consoles (PS4, Xbox 1). Although Battlefield 4 was released with tons of technical bugs and EA sustained a serious blow to reputation due to a legal investigation, it was overall a commercial success. Nevertheless, Frostbite 3 improved the fluidity of the graphics, particle effects and the environment. New vehicles were introduced and also the familiar real-time strategy map from Battlefield 2142. The HUD was higly refined so that a player can see simultaneously the tactical map and chat with teammates. Most of the praise from critics (IGN, Gamespot, Gamezone, Machinima) was the game’s new Obliteration mode and rewarding multiplayer which encourages effective teamwork in order to win. Ghosts received positive critical acclaims for its multiplayer where it relied on familiar coop concepts by adding new modes like Extinction and the option to destroy parts of the map by nukes. Ghosts was the best-selling game and Battlefield 4 came second place.

Currently in 2016 Battlefield 1 overtook the Call of Duty Infinite Warfare by winning Best game of the year award and having better sales than its predecessors and its competitor. It is set further back in in World War I while CoD is set in the future with new gameplay mechanics and zero-gravity environments. Battlefield 1’s development included reworked melee combat with new weapons, more open destructible dynamic environments with more choice paths to complete levels and fight in combat. Vehicles vary from tanks to zeppelins and battleships. New concept is the option to control several characters and instead of loading checkpoint you take control of another role. On the other hand, Infinite warfare has very entertaining multiplayer with hundreds of weapons and various enhancements which boost efficiency. Cooperative zombies mode which is confined in normal conditions and is not set in space combat. It received numerous heavy criticisms as the futuristic setting has become too common amongst games. It received mixed reviews as the negative aspects were towards lack of innovation in multiplayer gameplay but held strong story and content. Battlefield 1 received praise for the solid mechanics and some negativity for the short but enticing story.

To conclude, the two action-packed FPS franchises have indeed come a long way in terms of immersive environments and storytelling. However, only now in Battlefield 1 does the gameplay feel more open by offering the opportunity play from different perspectives in dynamic brutal war conditions where you can choose how to approach an objective. Gameplay has not changed that much as it is based on the same fundamental mode formulas that make it entertaining and addictive to play. Usually it involves a ranking class system with intricate points estimation and the exhausting struggle to level up when in the end it becomes too easy to kill opponents as you have reached the peak. At least in multiplayer you have the chance to experience everything with friends and be rewarded with fun memorable moments. It is best to remain hopeful that gameplay changes will take different engaging forms and actually deliver innovative ways to play in a team which are free from the established norms like having to battle enemy waves or capture flags.