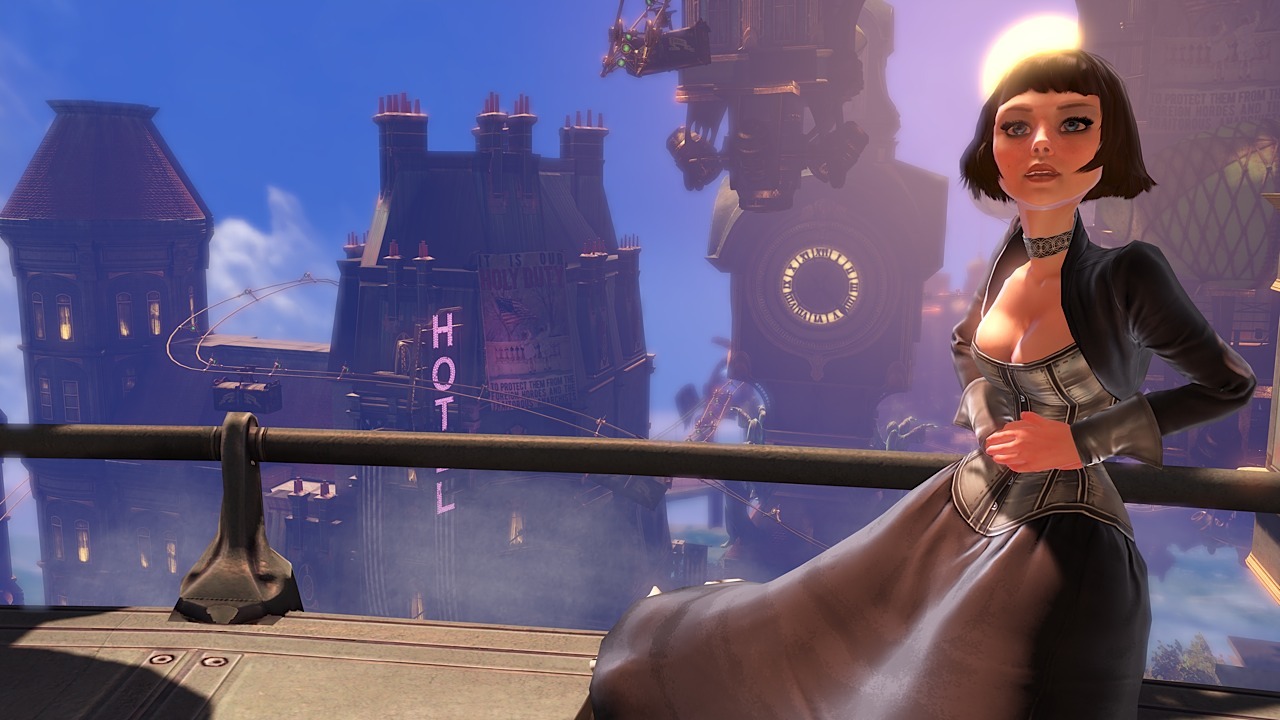 One of the many brilliant vistas of 2012

2011 was a mammoth year in gaming and certainly a tough act to follow, 2012 however is likely to give its best shot at the title. Stunning arrays of industry-shaking titles are spread across the twelve months and the Bubble is here to suggest some of the best to keep on your gaming radar.

If you have a hankering for the Japanese role-playing game, Square-Enix are here to set a few records straight and provide the 13th Final Fantasy that they always promised. The sequel to Final Fantasy XIII, Final Fantasy XIII-2, takes its predecessors criticisms of linearity by not only providing large, open areas but also different time frames to explore them in. The battle system remains largely unchanged, remaining as frenetic and engaging as it always was – adding the ability to tame wild monsters (in a manner of which Ash Ketchum would be proud) and add them to your fray. Whilst it retains all the expositional cheese and gender ambiguity that one has come to expect, and an early February release means there isn’t long to wait.

Bioware return halfway through the year to deliver the undoubtedly thrilling conclusion to their sci-fi epic. Mass Effect 3 is being touted as the most explosive of the three, dishing out as many set-piece feats of destruction as poignant moments of narrative closure. Commander Shepard’s journey has been moulded by player choice throughout his previous excursions, and it is here that we finally see Bioware bring all the threads together. Not only this a selection of multiplayer features have been controversially announced, that not only provide an escape from consistently combating AI but are also linked into the narrative of the Mass Effect universe.

It was recently announced that the fifth instalment in Rockstar’s most anticipated series, Grand Theft Auto could be hitting us this year. It takes place in Los Santos, Rockstar’s fictional replica of Los Angeles (already seen in their final Playstation 2 outing, San Andreas) and rumours suggest that a working and fluctuating economy system provides this latest sandbox with dynamic financial situations! (Brilliant). As one has come to expect, Rockstar will almost certainly deliver and hopefully revitalise some of the insanity that many regarded missing in GTA IV.

England’s greatest gaming heroine Lara Croft is undergoing somewhat of a rebirth this year, ditching her ludicrous proportions for a more realistic aesthetic and a haunting origin story. The footage we’ve seen seems to rival the visual fidelity of the Uncharted series and Eidos Interactive aren’t pulling any punches portraying the gritty horror of lone survival on a desert island. Having undergone somewhat of a fall from grace in recent years, this plunge off the boat looks to be one worth celebrating, hopefully bringing Ms Croft and the art of tomb raiding back into popular appeal.

Announced not two weeks ago, Resident Evil 6 seems to be unbelievably entering stores this year – a huge industry rarity indeed, to be both announced and released in the same year. From the promotional trailer it unfortunately seems to carry Resident Evil 5’s action orientated routes as opposed to the survival horror long-term fans have been clamouring for. Nevertheless the return of floppy haired hero Leon Kennedy is a welcome surprise and series regular Chris Redfield is also controllable. From what is known Resi 6 looks as if it could alienate fans as much as serve them, but only time will tell. Capcom at the very least take the franchise very seriously and whatever form it now takes will likely be of the utmost quality.

Finally, Bioshock Infinite is at last going to be released having been announced two years ago. We’ve been tantalised by glimpses of a floating nineteenth-century dystopia Columbia, unfamiliarly bathed in sunlight (contrasting the original Bioshock’s underwater gloominess) for far too long, and we soon get to engage in a world that looks as painstakingly real as it does fantastical. You take the role of ‘Booker’ an enigmatic gentleman whose fate is intertwined with the mysterious young lady Elizabeth. The catch is, the girl in questioned is being hunted by a colossal metal bird who takes the role as both antagonist and guardian. Luckily from what we’ve seen, Elizabeth has a trick or two up her sleeve which include ripping holes in the time space-time continuum. It looks like Columbia is worth the wait.

This is of course not an exhaustive list, but these few titles will certainly be worth a look or even a pre-order. 2012 is definitely going to be a bumper year and whilst it may not exceed the craziness of 2011, it’ll certainly give it a go.