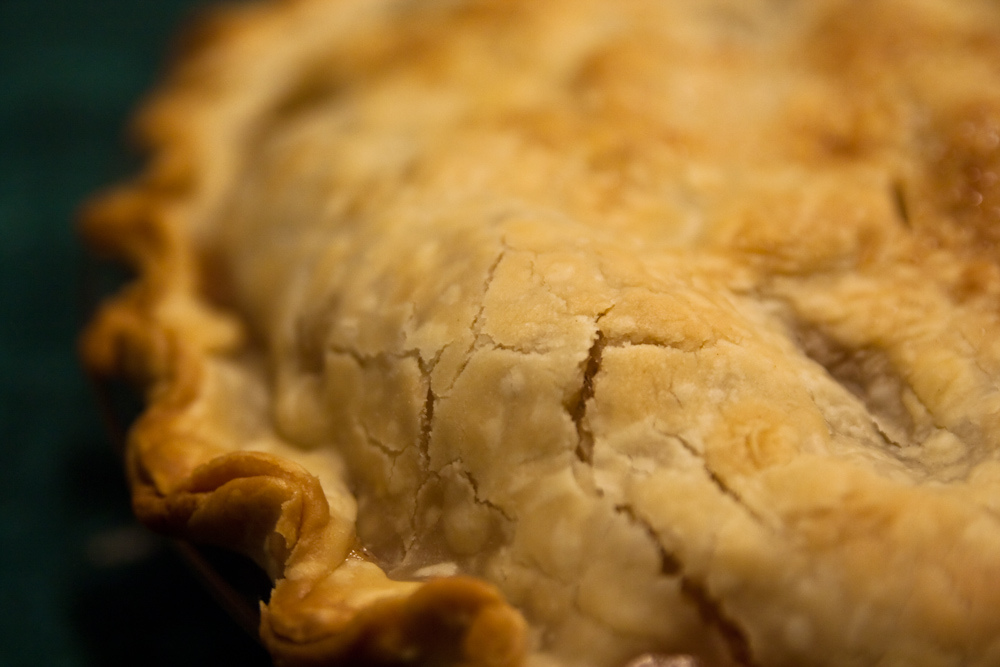 One of things I’ve missed about autumn over the last few years has been the deplorable absence of toffee apples. Sickly sweet and sticky they were justified simply by saying “it’s an apple, it’s one of my five a day” but they seem to have been less common recently, and more’s the pity.

About half way through this bout of nostalgia, I got an email reminding me about Butler’s pudding club (yes really!) and it got me thinking, toffee apple…cake?

Google tells me that there are a variety of ways of doing this, from the classic French Tarte Tatin to apple upside-down cake and the recipe I’d like to share with you is one of my favourites: baked suet tart containing caramelised apples, a classic British ‘pudding’ that should take about one hour to ninety minutes to make (including cooking time).

So to start with, you will need:

A pinch of salt

Once you’ve taken it out of the oven the centre in particular will stay hot for longer than you expect (for the scientists among you, this is because sugar has a very high specific heat capacity), and you should definitely look to be eating it warm, ideally with custard (a quick recipe follows) on a cold Durham evening; there are plenty of those to look forward to!