Think Before You Toss 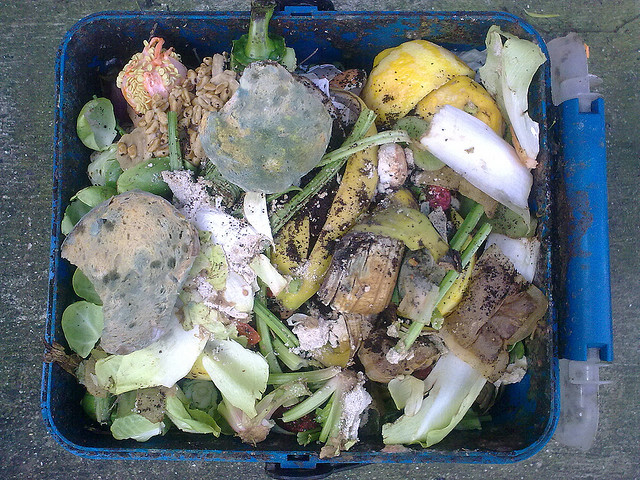 A quick task for all of you out there. Take a trip into the kitchen and brave the hibernating stench quietly stewing in your rubbish bin for me. Hold your nose. Open the lid. Tell me what’s in there. Let me guess, food? You might not see it just this week in this particular bag, but no doubt more than once in your life you have thrown away food partially rotten, bits of vegetables, leftover excess from portions served or just something you didn’t fancy anymore. Almost certainly you know someone who would, without blinking, chuck away perfectly good that has gone one day past its labelled expiry.

There are a number of problems with the above situations, but not least of them is food wastage. An issue that is global and unfortunately widespread, it warrants sufficient attention by the student population because we most certainly contribute, especially being a college-catered society where that kind of food may not be your cup of tea. So, when the catering staff plonk an unnecessarily large lump of brown slop onto your outstretched plate, blatantly ignoring your desperate pleas of “Not so much!” or “Just a bit, please”, what is the solution when you cannot bring yourself to force another mouthful down? It’s probably to return the tray with plate full, turning a blind eye to the problem often unconsidered by many – food wasted.

Statistics show that food wastage is 1/3 from producers or the supply chain, 1/3 from retail (supermarkets and markets) and 1/3 from our very own households. More worryingly, 8.3 million TONNES of edible food finds its way to our bins every year. In order to truly highlight the extremity of this wastage à la Jamie Oliver in Food Revolution USA, he suggests dumping it all in front of you. 8.3 million tonnes is actually far beyond estimations sitting in a pile in the kitchen – it is 4,700 Olympic sized swimming pools. Shocking? Disgusting? Yes.

So, why do we perpetuate filling said swimming pools? Let’s consider household waste. Think about why you waste. I cannot pretend that I am the angel of food salvaging. My most shameful moments were in my first year in college. It was a constant stream of unfinished meals on returned trays. I closed one eye as I facilitated the food’s unfortunate journey into black plastic depths instead of… well, my non-plastic bodily depths. I attribute that waste to not being in charge of my food servings, and I simply couldn’t (though often wouldn’t) finish the meals presented to me. There’s one culprit – lack of control. I did, however, dine with people who ate with their eyes, especially in my college where the unlimited salad bar was the godsend of catered living. However, excessive greed meant added wastage.

It’s a vicious cycle when it comes to portions, especially when served to you. If you’re serving others, the big no-no is for them to be hungry under your hosting. So you fill their plates right? But when you can’t read their minds and at least one person is bound not to clear their plate, food goes straight into the rubbish. Perhaps we should all just take a leaf out of my ancestors’ book and forget about serving others – serve yourself! Only you know how much you want to eat and then it’s on you if you waste.

Supermarkets also contribute to waste, the Love Food Hate Waste Campaign set up by WRAP (an environmental waste reducing organisation) encourages half price offers, rather than “2 for 1” traps that clear their shelves, but only clog up our own. Another contribution by the retailers is the tricky labelling. Many people are wary, and indeed blinded, by the dates stamped onto foods we all assume are wholly trustworthy and correct. Those dates entail legal consequences for supermarkets, namely being illegal to sell goods past their use-by dates. But not if it’s a sell-by, best before or display until dates. Confused? So are the rest of Britain. Not many have the patience or the attention to detail to differentiate this properly so the next thing you know, it’s in the bin. But there is a solution! Or at least a way to combat this.

Durham, with constant Palatinate chat about its posh, selfish students still manages to break the stereotype with its diversity and innovation even in the field of combating food wastage. The national charity FoodCycle has its own project team in Durham (one of twelve round the country) with over 50 people involved. Established in June 2010 by second year James McEwan, FoodCycle does little things for the community to reduce the growing mound of rubbish that is, in this case, somewhat an inevitable fact of the business community. Not only do they tackle the food problems, but Hannah Owen, one of main project team, said they also aim to get the whole community involved. “We get businesses involved, as well as university students through volunteering. We work with Transition Durham, an environmental organisation and even reach out to primary schools. In the summer, there have been suggestions of Women’s Refugee Centre taking over to hopefully allow the project to continue all year round.”

FoodCycle Durham works from a modest kitchen in Waddington Street Centre. Their main targets are the retailers and markets who discard perishables that they usually cannot sell the next day. Reasons include the notorious sell-by/use-by trick, but also being closed on a Sunday means a day more sitting around stale. FoodCycle usually collects bread and fresh fruit and veg, for it is these items that exhaust their limited window of freshness throughout the working day. From the Indoor Market, Robinson’s Greengrocers, Peter’s Bakery and Sainsbury’s, they then bring it all back to their kitchen, and with a budget of £10 for little extras such as butter, rice or pasta, whip up a storm of recycled treats. Recent endeavours include soups, tomato based pastas and an apple crumble. The food is then freely distributed to the local Durham community, targeted at the needy and vulnerable. The project is growing steadily and has up to 7 beneficiaries weekly. This may seem like a meagre number, but is a feat in itself given that it is not an easy nor effortless task.

For fears of soliciting criticism from unwanted bad press, I won’t mention who has NOT agreed to donate to FoodCycle, but you can tell from the list above that there are some big names missing. Some would say it even smacks you in the face twice, as neighbours, when you hit Market Square. Honestly, why they refuse escapes me, as Katie Fram, a volunteer, pointed out that there were something close to 20 loaves of bread and 15 packets of six bread rolls that certainly would’ve just gone in the bin had they not salvaged them. Rebecca Byrne, another of the main project team, says “It’s a real shame, there are starving people and people are simply binning perfectly good food.”

Along these lines, I bring your attention to the trend of “skipping” and freeganism. Freegans oppose the capitalist idea of making money to buy food and feast on retail supermarket waste by “skipping”, essentially diving into bins and salvaging what they can. If FoodCycle hadn’t intervened, this would be all their collected goods. Now, I’ve not actually met a true freegan and the only skipping I’ve heard about is my friend at Sussex University doing it for a laugh when drunk, and that of pebbles across a pond. Not a particularly bad idea really, skipping would save a bit of money and the Earth at the same time.

As a self-confessed environmentalist, I apologise for harping on to the point of potentially patronising people. However, what I mean to do is to leave you pondering this: if you’ve parted with your student loan to buy food, surely you don’t want to toss the (bits of the) baby out with the bathwater?

FoodCycle Durham is on Facebook and Twitter. Get involved by e-mailing Alison Champernowne (alison.champernowne@durham.ac.uk) for more information.