Robes, Fire and a Sword: Not your usual restaurant experience 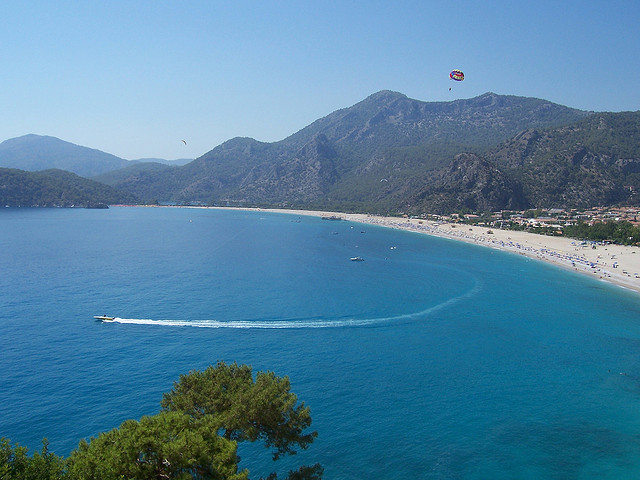 Choosing where to eat when on holiday in Turkey is not the easiest task in the world. Waiters appear from every restaurant calling you over, wanting you to try their traditional dish, their ‘best food’. After settling down at the end of a busy street in a restaurant named Sultan Ahmet, I thought it best to ask the advice of the waiter before scouring the menu for something that sounds appetising. He recommended a traditional dish for two called an Anfora Desti Kebab, a tomato-based stew of beef or chicken or both (my boyfriend and I went for both) cooked in a clay pot.

After thoroughly enjoying my starter of prawns in an absolutely divine creamy garlic sauce, I was eagerly anticipating the next course. However, the atmospheric music was suddenly replaced by a loud, more upbeat Turkish song. Not knowing what was going on, I looked around to see a man emerging from the kitchen dressed in a purple velvet robe with a large velvet turban to match, carrying a flaming plate. All the waiters began to clap, as well as many of the other diners as this flaming plate was paraded through the restaurant. I was slightly confused but enjoying this shift in atmosphere and passers-by started gathering outside, trying to see what was going on. 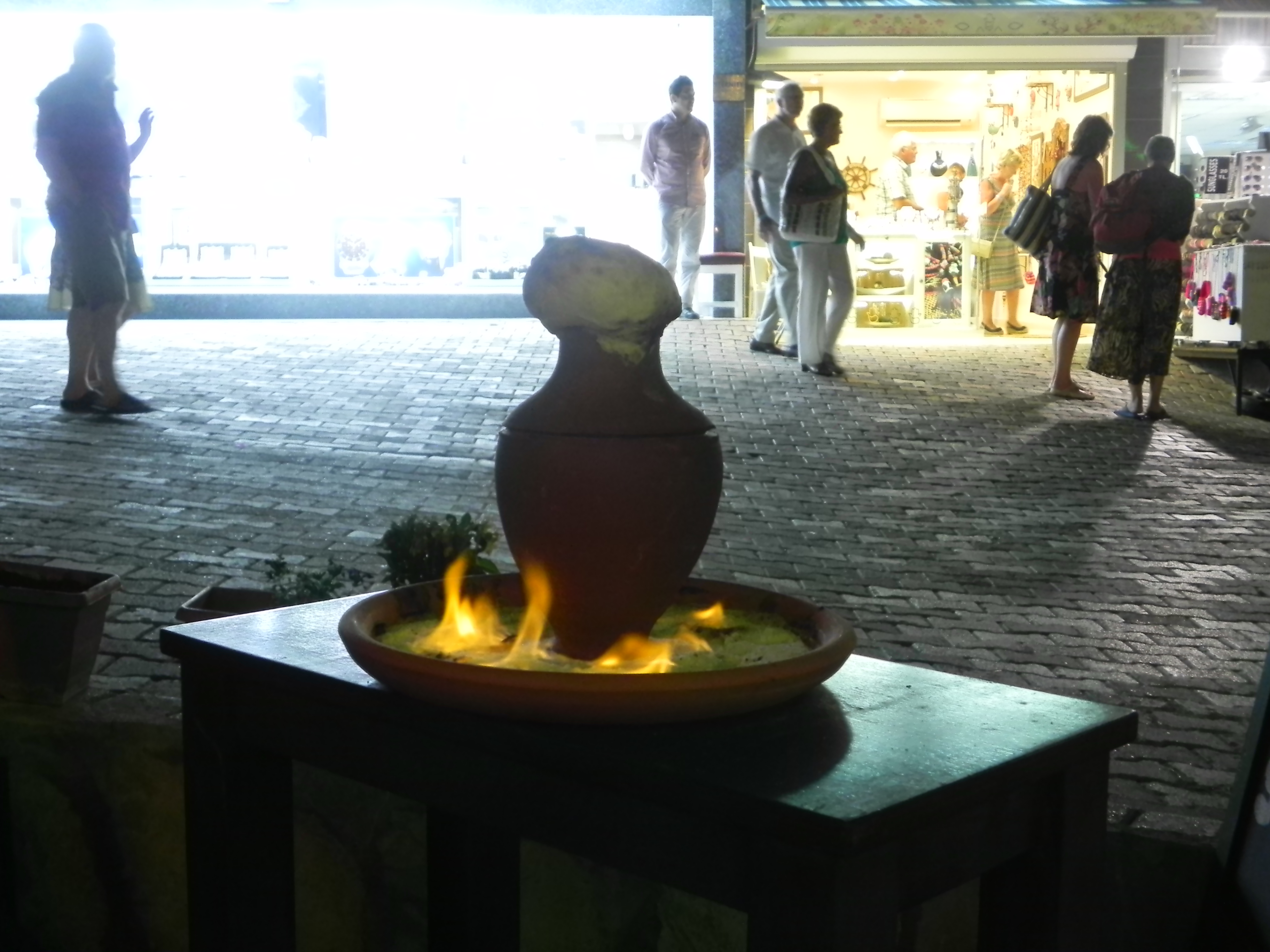 Imagine the shock when the waiter stopped at my table! He placed the burning plate on a small side table next to us. In the centre was the clay pot. After a few minutes the music stopped, then the flame died and then the next surprise was in store. A sword was produced from somewhere in the restaurant. Not a knife or a dummy sword, an actual sword complete with intricately decorated sheath. I had no idea what was happening. The sword was unsheathed (in a rather dramatic manner, I must say) before the waiter swung it back and… stopped just before hitting the pot. I had visions of the contents of the pot flying across the restaurant but thankfully the spectacle stopped there. The waiter then began tapping the clay pot gently around the top to loosen the clay before pulling the top off like a lid. He then spooned out any small pieces of clay that had dropped into the stew before serving it to us. When watching this dish being served to other customers after ours, some weren’t so lucky and instead of a clean cut lid being formed by the sword tapping, the entire top of the pot collapsed into some unsuspecting stews, causing much more trouble for the waiter spooning out the clay.

The food itself was gorgeous. The meat was cooked tenderly and the sauce was full of flavour and spice, but not so much that it was overpowering. It was served with rice and salad which complemented the food but didn’t take over or fill you with unnecessary stodge. The waiter came and dished up the rest of the stew once we’d finished our first portion and I was very content and full after I’d devoured it all. At less than 100TL for two courses for two (around £30) it was also extremely good value. If I returned to Ölüdeniz I would undoubtedly return here for another meal. The atmosphere, service and spectacle they put on are all fantastic but these things are nothing if the food doesn’t deliver, and deliver it did.