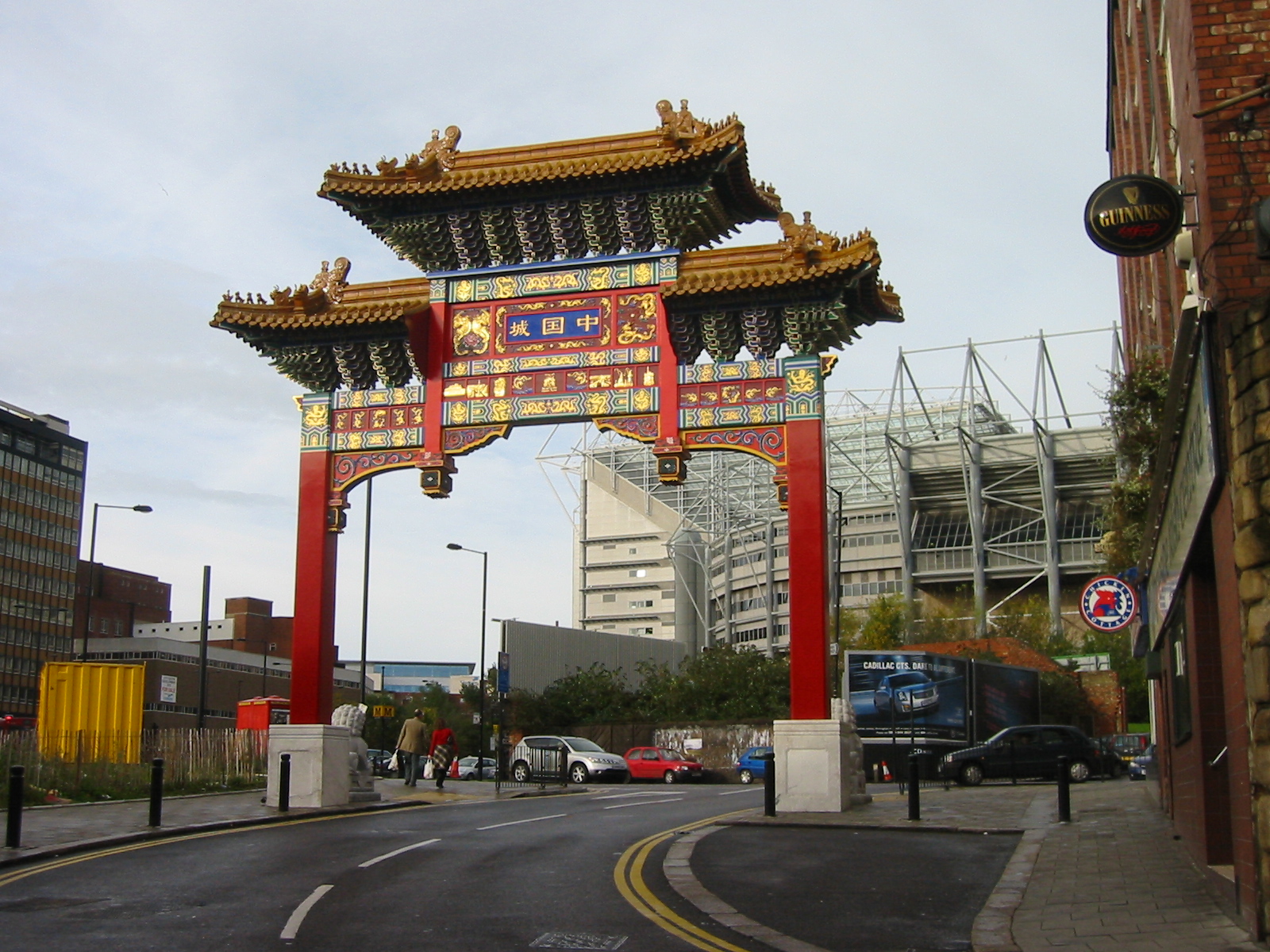 London, San Francisco, Vancouver. These cities’ Chinatowns all have that little something that makes you feel like you’re walking through the streets of Hong Kong or Shanghai even though you’re actually on the other side of the world. There’s nothing quite like losing yourself in the labyrinth of vibrant colours and aromas emanating from various Asian restaurants and supermarkets. As a Hong Konger, I’m always on the lookout for that feeling of familiarity, a reminder that home is actually never that far. This is where Newcastle’s Chinatown comes in.

Compared to London’s Chinatown, Newcastle’s is modest, to say the least. While Chinatown in London extends across the Soho area of the City of Westminster, Newcastle only has a street, Stowell Street, to call its own Chinatown. As with most Chinatowns around the world, Newcastle has its own paifang or paaifong, a type of gate styled as an archway, which was unveiled in 2005. Stowell Street is also home to a number of small Chinese businesses, including travel agents and Chinese doctors. Despite its semblance of conformity with the rest of the world’s famed Chinatowns, Stowell Street seems rather sleepy on most days. However, you do need to dig a little deeper to find that this Chinatown does have a unique charm.

The restaurants that line Stowell Street are numerous and diverse in terms of the cuisine on offer. Look beyond the £4.99 all-you-can-eat buffets and marvel at the variety in Chinese cooking alone, from Cantonese to Shanghainese, without forgetting the notoriously spicy Szechuan dishes. Whether you feel like having a bit of legendary Peking duck, or tucking into a plate of sweet and sour pork, you’ll find it all on Stowell Street.

One of these restaurants, Mangos, serves up delicious dim sum for most of the afternoon and even between 11.00pm and 2.00am for the hungry nocturnal beings among us. Dim sum, which literally means “touch the heart” in Cantonese, consists of small portions of food usually served in bamboo steamer baskets. Mangos’ food is not the cheapest on Stowell Street, but is possibly some of the most authentic. I sampled Mangos’ har gao, steamed prawn dumplings, and siu mai, dumplings made of ground pork, prawn, and Chinese black mushrooms topped with crab roe. These two dishes are the pillars of dim sum, and it is said that a chef is judged on his ability to make the perfect har gao; the skin of the dumpling needs to be translucent, and should not stick to other har gao or the paper lining the basket. Siu mai can be cooked in many different ways, and Mangos’ approach to the dish is definitely a respectable one. The har gao did, however, stick to each other and to the paper, and fell apart when I picked them up with my chopsticks. All the imperfections were excused with the taste of the dumplings, which almost matched the taste I remember from having har gao at Sunday yum cha with the family back in Hong Kong. As previously mentioned, Mangos is not your typical student budget-friendly restaurant. Expect to pay just under £10 for a few dim sum dishes, while a proper dinner could cost up to £15 per person.

Further down Stowell Street is the Cheeky Duck. This restaurant has a more general Chinese feel to it, whereas Mangos holds a distinctive Cantonese character. The Cheeky Duck’s laid-back setting matches its slightly lower prices in comparison to Mangos. The menus are extensive, making it the ideal place to dine in large groups, where dishes can be placed in the middle of the table and shared. Drinks are also a big part of Chinese dining, and in Cheeky Duck, cold milk tea or lemon tea are refreshing alternatives to the standard Chinese tea. Now onto the best part: the food. I ordered wonton soup, crispy fried noodles with shredded pork and beef chow fun. All these dishes are Cantonese staples, and I was ready to put Cheeky Duck to the test with my favourite foods. The beef chow fun, a rice noodle stir-fry that resembles the famous Southeast Asian dish char kway teow, did not disappoint, while the wonton was cooked in a different style to the traditional Hong Kong way (though still delicious). Having ordered the crispy noodles on several occasions at Cheeky Duck, I find that they pack a lot of flavour half the time, while on other occasions they taste quite bland. However, the overall dining experience at Cheeky Duck is far more suited to students than Mangos. For a dinner with three or four large dishes, the bill will add up to about £10 per person.

Right next door to Mangos is Wing Hong Chinese Supermarket, where all the typical Chinese foods, drinks, snacks and even crockery can be found. It is a dangerous place to be for my wallet, as buying in bulk is the order of the day in this supermarket. A regular purchase for me would be a six-pack of Vitasoy (soy milk) or Vita Lemon Tea, which would cost me around £2 each. These little juice boxes were and still are favourites among children and adults alike in Hong Kong, placed beside Coca-Cola cans in most vending machines across the city. Various biscuits, crisps, sweets, and various sauces soon join the six-packs in my increasingly heavy basket, which I don’t mind lugging all the way back to Durham with the satisfying certainty that I will begin to snack as soon as I board the train. In general, Wing Hong does not just stock Chinese food, but also sells Japanese and Filipino products. This reflects the diverse clientele that Stowell Street caters for, and with a checkout queue that, at times, could rival that of the Market Square’s Tesco, we begin to see that this Chinatown’s life is tucked away behind the restaurant and supermarket front doors, and not out on the streets as in London and San Francisco.

All in all, Stowell Street does provide the remedy to those cravings for a taste of home, even though it is such a small space in contrast to the enormity of other Chinatowns. The atmosphere on Stowell Street may not be as lively as that of Gerrard Street, the heart of London’s Chinatown. But in Newcastle’s Chinatown, all you have to do to gain an glimpse of the Chinese way of life is walk into a restaurant (preferably not the cheap buffets) or supermarket and get carried away by the sights, smells and Chinese pop on repeat flowing out of the speakers.