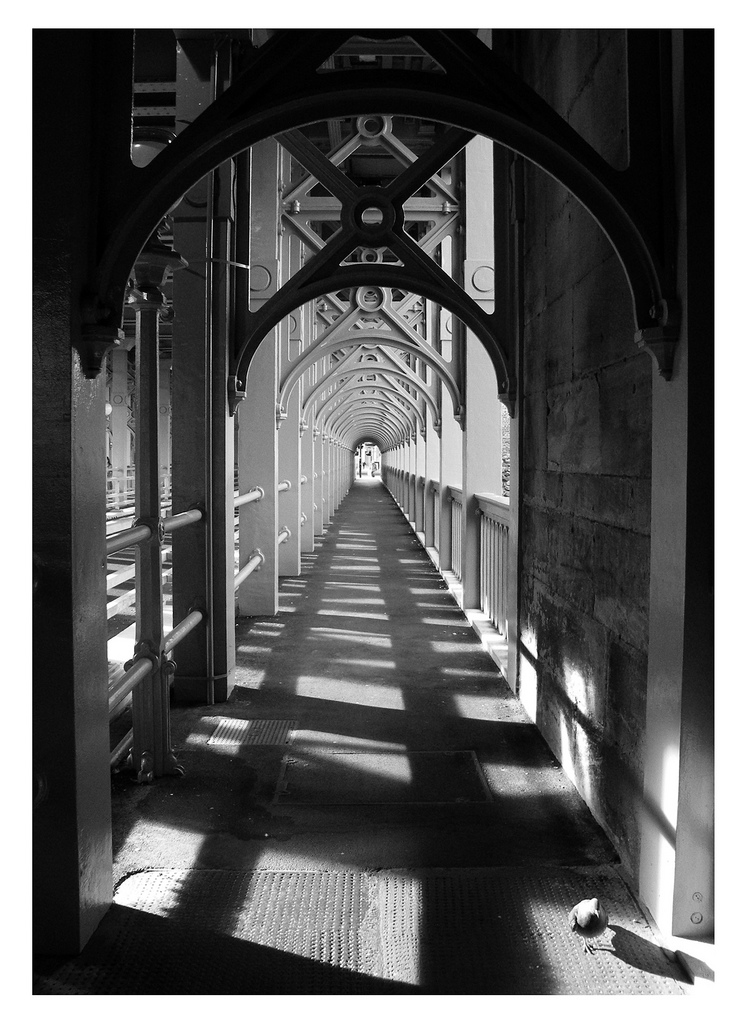 One of my stock rejoinders to the question “isn’t Durham a bit small?” is “well, perhaps, but Newcastle is nearby”. This is normally met with a slight backwards tilt of the head and a quiet “ahhh, mmm” and the issue is closed. The problem with this came however when I gave this reply to someone from the city in question. The follow up this time was “Oh, so where do you go?” to which, rather embarrassingly, I had little to say. Where had I eaten in Newcastle before this year? A rather unimpressive tapas restaurant, the Marks and Spencer’s Café and I think I once bought chewing gum and a bottle of water from the train station newsagent – hardly the stuff of guide books. This year, therefore, was to be the year I discovered Newcastle. Three weeks stretch before us, and you may spend just a few hours out of the five hundred and four in that capital of the North East. Here is my guide to eating there.

Best deli: Grainger Market, whose expanse is hidden on all four sides by shop fronts, is home to mmm…. The shelves hold a cornucopia of preserves, chutneys, oils, spices, flour and grains seem to have a hypnotic and vertiginous effect on shoppers who look as if they might topple into the towers of jars they peer at so closely.

Best bakery: Still in Grainger Market but across the arcade is the French Oven, a bakery battling supermarket prices to bring beautiful loaves to the city and succeeding if the lengths of queues are anything to go by.

Best coffee to go: Again in the Market, Piccolo Coffee is tucked around the corner and its owner is on a mission to increase his customers’ expectations of the black stuff, to make them view it as something to be savoured and luxuriated in rather then as a gulped down as convenience. The quality of his coffee is definitely high enough for the challenge.

Best sandwiches: The ampersand seems to be en vogue when it comes to lunchtime bites. Olive & Bean, with their expansive seating and ceilings, offers the midday grazer an atmosphere as sleek and upbeat as any chain eatery, but with the welcome addition of better flavours and a staggering range of fillings. Chalk & Paper, with big slabs of dark wood and blackboards against blocks of exposed brick, is the more recent limb of a salon and spa next door so to the passers by you can look virtuous from your perch in the window.

Most cripplingly cool place in town: joint prize-winners here are Flat Cap Joe’s and The Settle Down Café. Joe’s is tucked down a wrought iron stairwell under an all-sparkling, all-jangling ethnic jewellery shop and his location beneath street level reflects the depth of his espressos, so fruity they taste like a berry from the rainforest soundtrack playing in the background has dropped into the bottom of the cup. The Settle Down Café has the artsy set of the city in raptures and is pretty near to being allowed to take your coffee into an art gallery. Original pieces hang from the wall and your visit could coincide with a meeting of one of its resident arts groups. Its reputation is not just built on atmosphere but on great cakes and lunches, and equally excellent service.

Best dinner: If your trip requires a full-length meal, you have a choice. You could wind down to the riverfront and the airiness of Café Buee whose expansive windows and bright white walls act as a beacon of classic French cuisine for the quayside strollers. All that French culinary fare now firmly in the food vernacular of Britain – raspberry coulis, chocolate torte, cheese soufflé – are here cooked with such a freshness it’s as if you’re eating them for the first time. Unless you’re eating seconds. Or you could visit Scrumpy Willow and the Singing Kettle, an organic café-restaurant whose charm lies in the fact that its homely and welcoming atmosphere doesn’t at all compromise the tastiness of the food. There’s a really accomplished set of flavours here from around the world and nothing else like it in the city centre.