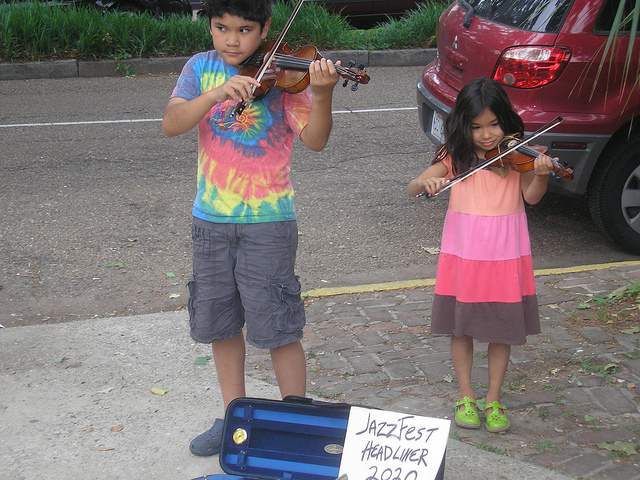 Arriving into New Orleans was a bit of a culture shock to my friend and I, despite the fact that we had been in the USA for about a month by the time we got there. For myriad reasons it is so unlike anywhere in the rest of the states. We arrived into the New Orleans Greyhound Bus Station at 5.30am. If you’ve ever travelled around the States by bus, you will know that a greyhound station is not the place to be at such a time in the morning. It feels like hell’s waiting room, but significantly more dull and with more fried food. In some stations they have guards armed with large guns, as if they’re prepared for someone to attempt to hijack the bus from Sacramento to Albuquerque. We made for our hostel pretty quickly. After a power nap in our bunk beds we went out in search of food. Something to note about New Orleans; food is everywhere. The passion for food fills the streets with the most magnificent smells, and we followed our noses to what quickly became our “favourite restaurant” – then promptly stuffed our faces with calamari and jambalaya. As we quickly discovered, in the words of Morton J. Horwitz, “in New Orleans, gluttony is a way of life.”

It is truly a city of passion: when I was there I immersed myself in the food (almost literally on occasions) as other people immersed themselves in the music; a friend we made in the hostel actually had tears in his eyes when he was talking about the music – it is everywhere, the streets, bars, clubs, parks… and it is one of the things that makes it hard not to fall in love with The Big Easy/ Crescent City/ N’Awlins, or whatever else you want to call it. The city’s passion for food and its very individual cuisine come from its very diverse culture, not like any other I know of in the USA. It is like its own country within America, with its own individual history, voodoo religion, and amazing jazz music. New Orleans is a Creole city, Creole literally meaning “the first born in a new colony”. Therefore, Creole was the name given to the children of the Europeans who settled in that part of Louisiana, the Spanish, Germans and particularly the French – Frenchman Street in the French Quarter is one of the liveliest parts of the city and you can find a lot of jazz and party-goers. Creole is, however, a name also given to other people who settled here, such as slaves who established themselves in the city after revolts, meaning that along with the European food and culture a lot of Caribbean influences were added to the melting pot.

As well as this, there is the Cajun cuisine. “Cajun” is technically an abbreviation of Acadian, the name for Canadians who were exiled from their home in Acadia, Northeast Canada. They settled in Louisiana, whose swamps are rich in shellfish. Although the majority of the seafood eaten by Americans is now imported, Louisiana is a big producer within America herself, and the region provided the settlers with crawfish, shrimp and crab. The Cajun and Creole cuisines have combined to create New Orleans’ own fare, resulting in rich and varied dishes. For example, there are two different types of jambalaya, brown and red: the Cajun version is brown because of the meat juices used, rather than the tomatoes used in Creole jambalaya. The use of rice in jambalaya was developed from the Spanish paella.

Other dishes such as beans and rice came from the Caribbean, and stews were brought from the West Indies, whilst Africans introduced one of the most popular of New Orleans dishes, a thick soup they call gumbo. “Gumbo” is the African name for okra, and it is this that makes the soup hearty and filling. Exploring the massive variety of different places that have contributed to New Orleans’ incredible, diverse food culture makes it clear that multiculturalism and merging cooking styles are vital to its character.

As I said, food can be found everywhere in the city, and good food is the lifeblood of New Orleans. It can surprise you, like when we were heading back from town and we stopped in at a small gelataria to buy some ice cream and ended up leaving with the most delicious blueberry and basil sorbet. It can shock you as well: in a jazz club as a band was playing a lingerie-clad female started simulating sex with someone dressed as a crawfish up against the stage. This surreal moment really shows the extent to which food has wound its way into the culture and every life in New Orleans.

Hearty food is also vital in all the important events in the city, such as Mardi Gras and Jazz Fest. Jazz Fest is one of the biggest celebrations of jazz in the world, and they do not serve the normal festival fare of burgers, chips and kebabs. Instead, you can sample the city’s own delicacies – it was here that I had such good red jambalaya that I ended up being persuaded to have an extra helping. I still maintain that the pots were too small. This is a perfect example of how you can get excellent food for a small price in The Big Easy. There are of course the more expensive restaurants, but often the most popular are the good value local restaurants, and one we were recommended to go to was Acme’s Oyster Bar, which had a queue round the corner of the block by 6pm.

The place is full of restaurants, many of them very famous, but often also brilliant value. For example, people we met in Washington DC recommended the Café du Monde – that’s how far its reputation has travelled. The Café du Monde is famous for its winning combination of café au lait and beignets. Beignets are a sort of French donut, served hot and covered in a pile of pure white icing sugar dust. They literally melt in your mouth, and any calorie counters out there would surely be appalled at the content of these mouth-watering delicacies. Shockingly, I returned for more. Several times a day. This is one of many famous tourist spots, so much so that as we were devouring our donuts a couple fresh from their wedding came up to the café, sat in the outside seating area and had their wedding photos taken as they ate beignets under the famous green Café du Monde canopy. I was quite worried about her dress I have to say, but I see the appeal.

Mark Twain once said that “New Orleans food is as delicious as the less criminal forms of sin.” And he was so right. The muffallettas (basically just massive sub-sandwiches filled with meat), po’boys (baguettes usually filled with fried fish such as shrimp), gumbo, jambalaya, beignets and general cuisine makes you feel as though you really ought to be punished for enjoying food this much. But my point is that food ought to be enjoyed this way. It should not be picked apart and calorie counted, and equally no cuisine should ever lose its history – rather it should be enjoyed so much that it becomes part of that place’s culture and character, just as it has in New Orleans.