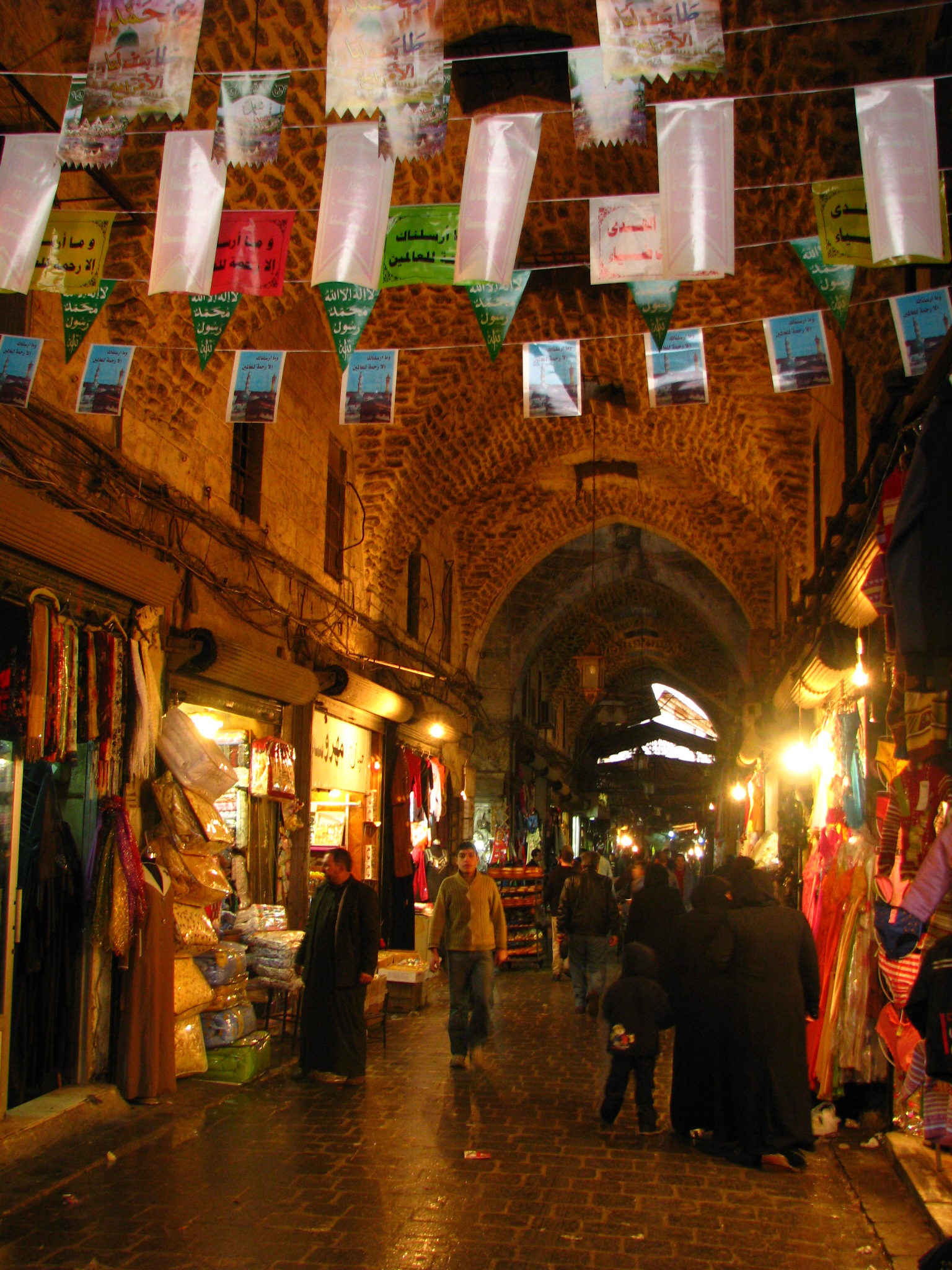 The souks of Aleppo. Image: author’s own.

In northwest Syria sits Aleppo, vying for the title of oldest constantly inhabited city in the world. It is a city of history and intrigue, with its rabbit warren of brick-tunnelled souks and its ancient Crusader castle. And from the folds of its culinary cloak (or kaftan) it has produced this gem: kebab keraz, or cherry kebab in English. It’s a dish for all the senses, with a deep purple sauce, fruity aroma and spicy-sweet flavour. The cherries match the richness of the lamb perfectly, presenting a yin-and-yang of sweet and savoury. And just when you think the cherry intensity is starting to get too much, the jet of chilli helps sway the dish back over to the savoury realm. Traditionally, sour cherries are used, but given that this article is being written from the UK in late autumn, getting hold of them could be a bit impossible. Instead, I use pitted cherries in a jar, and I wash the syrup off before adding them to the pot; I find Lidl is good for these. Pomegranate molasses are increasingly available in the UK in Asian shops. So don’t let the exotic element of the ingredients list put you of – bring some Aleppo into your life!