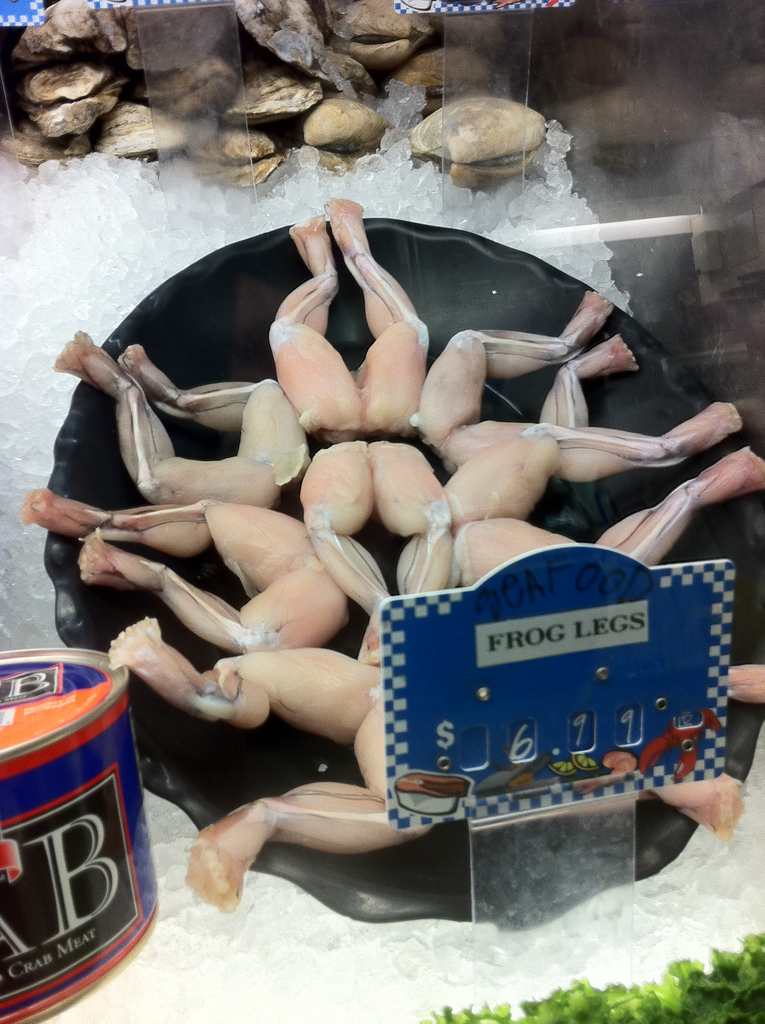 For someone like me, a self-confessed “picky eater”, the idea of living in France, land of frogs legs, snails and foie gras, for five months, was a daunting prospect. When it came to packing, what to choose? Skimpy tops and shorts, or Heinz baked beans and a supply of Ketchup?

I was heading south, to Aix-en-Provence, which in the grand scheme of things is pretty close to the sea. This inevitably means that fruits de mer are always on the menu. Until now, the most exotic food that I had eaten was chicken. I’m not too concerned with how it is cooked, but nothing too outrageous. When it comes to meat, chicken and beef are about as exciting as it gets, with a sneaky piece of fish if I’m feeling adventurous, however I knew that as an au pair for a French family, I would inevitably be faced with some rather more unconventional cuisine.

When you’re living with another family, it seems churlish to refuse the food placed in front of you, especially when made by a woman who has already spent 12 hours at work, come home and spent another hour preparing dinner. I’m not the boldest of people (Heston Blumenthal really isn’t my cup of tea), so when faced with such “culinary delights” as calves liver and oysters (not at the same time), it is hard to know how to behave appropriately and without causing offence. The fake smile and appreciative “yummy” noises are all very well, but when you literally can’t bring yourself to put fork to mouth, how should one react? Who knows? Either man up and eat up, put up and shut up, or do what I did, hide the majority of the meat under the salad, pretend that it was the best thing you’ve ever eaten, and hope that you’re never faced with it again. Unfortunately for me, the dog was always hovering at the other end of the table. Unlucky!

Even worse than being faced with a challenging dinner chez nous? Being invited to dine with the cousins on only my second night in the country. Already feeling vulnerable and completely out of my comfort zone, I was thrown into this somewhat awkward situation. The dinner itself didn’t get underway until at least 10 pm, by which time I was ready to curl up in bed, watching Grey’s Anatomy. Everything was going well in terms of the menu. Aperitif – good, starter – good, main course – not so good. An enormous plate of monster prawns was presented to me, and I was invited to help myself. Having never eating sea food in my life, this was somewhat problematic. Now I don’t know about anyone else, but I have never been au fait with eating something that needs its head snapping off first. I looked at the plate, where hundreds of beady black eyes were staring back at me, took a deep breath, and tentatively took two from the plate. Everyone else was diving in enthusiastically, throwing curious glances at the strange English girl, who clearly wasn’t quite as keen as they were. Actually, the prawns weren’t as horrendous as expected, once you get past the head-snapping.

I have to give the French credit, it’s not all frogs legs and snails, but they do have their fair share of delicacies, which differed hugely from what I’d faced growing up in Yorkshire. I did force myself to try certain local “gems”, such as sea urchins and scallops (yes, I know, I have lived a sheltered life) and I was pleasantly surprised. I will never embrace eating liver, or anything that requires its head being taken off before eating, but living in France has definitely taught me to be a lot more open-minded. Being faced with new culinary experiences, I have learned to keep my cool and give things a try (within reason) before judging them. I think that I will be forever frightened by the thought of frogs legs, which apparently taste just like chicken (yeah right!) but in the grand scheme of things, French food… not so scary!