Food for Thought and a Thought for Food 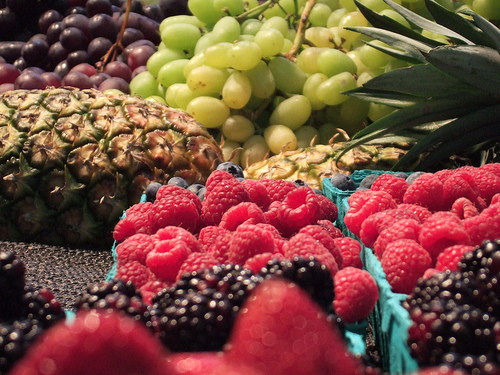 Is the pleasure we get out of food linked to how nutritious it is?

I love food. And I’m fairly sure I’m not the only slave to this amorous relationship. However, my love of food has driven me to become a chauvinist: I have a firm belief that some of the items we call food are superior to those which are merely edible. My hope is that this article can explain why this is the case, and whether being a food chauvinist is indeed such a crime.

My interest lies not only in the quality of the food itself, but in the status of food as a social category, and what the content of that category is. This might be understood to be in direct contrast to the views of someone like Elizabeth Telfer, who, despite dedicating an entire book to the subject, argues that food is thought about far too much these days. She suggests that the pleasure derived from food occurs in inverse proportion to the amount of time spent day-dreaming about it – so those who appear to spend little time thinking about food are actually able to most enjoy it. This might be the case in terms of superficial pleasure – the sensory pleasure of a perfect roast or a chocolate sundae.

But I would argue that in these cases, the lack of “thinking” about what we eat is the direct cause of pleasure, as opposed to being a separate variable that can act independently. That this pleasure is based in lack of thought does not, for me, seem worth defending. My personal understanding of pleasurable eating is that which not only satisfies our taste buds, but which also nourishes the body (and this is where the “thinking” about food takes place). Of course, by refusing to think about the food we consume, we can experience pleasure on the first, superficial level. However, when nourishment is also taken into consideration, I fail to see the truth in Telfer’s argument.

To demonstrate, there are two groups of people who appear to give little thought to food. The first consists of those who do not eat as a source of health (so those who use only the superficial standard of pleasure), and these people may be called unhealthy eaters. They are unable to access what I see as the more wholesome pleasure, so I don’t think they are a good enough example of the Telfer relationship to be worth defending. The alternative consists of those who consider nourishment as a form of pleasure; now, as this necessarily involves thinking about the food we consume and its affect on the body, we might ask how these people can be seen as “giving little thought” to food.

Indeed, it is a rare thing to see a balance between the concern for what we eat and the time we spend thinking about it. This group doesn’t fit into Telfer’s description either, because whilst they may now spend little time thinking about food, these people have questioned its role and have at some point spent a great deal of time thinking about it. To help explain the kind of situation I refer to, it is analogous to a religious believer who has suffered a crisis of faith, but become stronger in their convictions through questioning their faith. This development of thought occurs in everyone as they grow up – consider thinking about helping an elderly person across the road. When we see an old person near a zebra crossing, we either carry on walking or stop and help; few of us will probably think about whether we should stop or not. Maybe when we were younger and were first presented with such a situation, those who didn’t help might question whether that was the right thing to do, but now, after being presented with the same situation a number of times, through force of habit it is unlikely we will act out of character and stop to help. But we should.

The point is that our food likes and dislikes are often the first choices we make for ourselves as children, and are usually based on taste pleasure only. Accepting that there are a number of issues concerning where we get our food from, not to mention the key point to this article, that pleasure does not only come from taste but from the nourishment that food should give, I think it is crazy that people do not think about food more. Perhaps my quest for consistency features abnormally frequently in my everyday life, but I fail to see how food can be excluded from the social arena, where everyday discussion, education and progression is vital, if we desire to end up as balanced, healthy people. More poetically:

To me it seems strange that whilst you need ID to buy certain games and magazines, and are frequently reminded by your parents not to swear, the same attention is not given to the greatest and most concentrated influence on the body: food. People are warned against the dangers of chemicals found in cigarettes and recreational drugs, and of the poisonous effects of excessive alcohol consumption, but there is far less concern for the habitual chemical ingestion that takes place when we eat. I’m not talking solely about fertilisers and chemical water filtration, though these are of course important. At its most basic, eating is an ingestion of chemicals, which then react with the chemicals already in our bodies.

My view is that most people fall into the category between “unhealthy eater” and “food saint” – that is, we question what we eat with a view to someday aligning our appetite with what our body needs. This means overcoming the media, the addiction to junk food, and the blissful ignorance that we often indulge. Here, I should emphasise that this does not mean a focus on purely chemical nourishment, as pleasure can and should also be derived from the flavour and presentation of our food.

Indeed, I recently learnt about orthorexia nervosa, a condition involving “a fixation with healthy or righteous eating” (thank you Wikipedia). Having been involved in groups (such as Raw Veganism) where this sort of borderline anorexia seems to go under the radar, this only confirmed my views that food and eating, just as with almost every other aspect of life, whether it be cleanliness, school or personal relationships, require a balance that despite the plethora of self-help guides can only be created by personal interest in ourselves. Watching “Supersize vs. Superskinny” is a start. But there’s a long way to go after that.