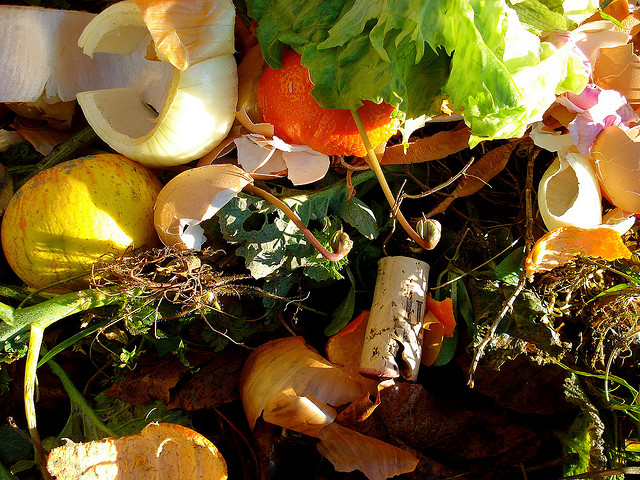 It takes skill to predict how much food to buy to last the week. And let’s face it, most of us buy food based on what we want to eat at the time, rather than as an endeavour to have an empty cupboard on the last day of term. So, for all those in favour of short-term gratification, who don’t wish to waste their pennies on food that ends up getting thrown out, here are some pearls (some of which can apply on a weekly or even day-to-day basis) on getting the most out of one’s edibles.

If you’re not a fan of fresh vegetables, then skip this paragraph. For those that hold true appreciation for the wonders of the fruit and vegetable world, yet are alarmed by the amount of waste that can come off a chopping board, I offer a solution to ease your conscience. Before you throw it away, ask yourself what exactly is wrong with it, and whether it truly needs chucking out. If you’re worried about fertilisers on the skins of vegetables and fruit, as I was for quite some time, it may reassure you that it is possible to get fertiliser off one’s food without actually peeling it. Take a large bowl or container and fill it with warmish water if you’re planning on cooking your veg, or cold if it’s for salad ingredients. Add a teaspoon of vinegar (preferably white, but anything that’s got acetic acid in it will do, so even lemon juice can be used) and then add your veg. As agricultural fertilisers are oil-based, so that they don’t wash off in the rain, the vinegar is much more effective at breaking down dirt and getting rid of fertiliser residue than plain water. Leave them for a few minutes, then scrub off any dirt and rinse them in cold water. Now that your vegetables are shiny clean, all that’s required is to chop off any overripe or bruised parts. With vegetables like onions, broccoli and carrots, you only need to remove literally a few millimetres of stalk, and with leeks and spring onions, you’ll find that by rinsing every couple of layers, you can nearly double the amount of edible material from each plant.

After washing all your vegetables, if you still feel like peeling them and you’re not averse to eating the peel – which is full of nutrients, fibre and as fertiliser free as the rest of the vegetable – then you can do a number of things the peel in order to reduce waste and to make your food go farther. You can make a filling soup by adding the peel to some fried onion or garlic in a large saucepan, then pouring on some vegetable or chicken stock to about two fingers above the peelings. Wait for them to become tender, then liquidize it, season and eat!

It’s often a case of remembering a couple of weeks before the end of term that whatever’s in the cupboard needs to go, so it can help to do a bit of rearranging and move whatever needs to be eaten – i.e. open or nearing its sell-by-date – to the front. Keeping a tray of condiments out means that you might be inspired to try something different when cooking or eating your meal. If your curry is too spicy – because you wanted to use up the chilli sauce – add some peanut butter or plain yoghurt instead of opening a can of coconut milk. If you haven’t got any stock cubes left, add half a litre of boiling water to a teaspoon of Marmite and it pretty much does the same thing. It’s likely that whatever food you are happy to eat in a concentrated form is going to appeal to you as an accompaniment to another dish, so it’s really just a case of thinking outside the box. Even the standard leftover meal of bubble and squeak can be spruced up using mustard, horseradish or mint sauce – and not only mashed potatoes work in holding the rest of the ingredients together. You could use sweet potato, or swede, or even mash up some carrots and parsnips, and if it looks as though there won’t be enough to hold everything together, why not change tack and make fishcakes instead? Just add a can of tuna to the mix, shape into palm-sized rounds, dip in a whisked egg then add some breadcrumbs (toast bread then blend it) and cook either at 180°C in the oven, or in a pan of hot oil. At this point, I am hoping that your fridge is looking a little barer.

In terms of long-life ingredients, it may take a little more planning to come up with a something that is both delicious and streamlines your cupboards. Whilst flour doesn’t really go off, once you’ve opened it the weevil may strike. These tiny black beetles (about the size of a peppercorn, or smaller) can burrow through packaging and multiply at quite an impressive rate, so flour is something you preferably want to use up within a few weeks of opening. Apologies for the close proximity to insect-chat, but here’s a recipe that can use up any type of flour, along with a number of other ingredients that may be lying around unused. I’ll explain as I go along…

I suggest opening up your cupboards before you start, taking out anything that looks as though it might be useful.