Baked (by a very amateur baker) and Delicious(ish): Part 2 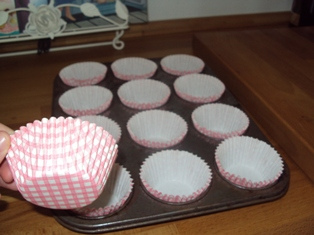 I like to think that I’m a fairly modest person. At the best of times my food comes out relatively okay and edible. At the worst I give myself a really dodgy tummy insisting that my chicken is almost cooked and will probably be fine.

Thus it is with total modesty that I can say these cupcakes were absolutely amazing. I hate using the “m” word, but it’s too apt not to be used here: they were just so moist! It was the combination of bananas and honey that made such a deliciously moist batter. The inspiration for bananas and honey came from a WeightWatchers recipe; however the rest of the recipe is certainly not good for the waistline. It is, however, very good for the soul, which is of vital importance with regard to any kind of cake.

I had planned on using the free silicone bakeware I received with issue one of Baked and Delicious, but I forgot to take it away with me. On an unexpected trip to HobbyCraft, we stumbled across an entire aisle of cake decorating paraphernalia, so we ended up buying some pretty cupcake cases and an icing kit. I used the icing kit with a star shaped nozzle to achieve the swirled appearance of the nutella frosting (for which the recipe can be found here).

The decoration for the cupcakes are simple silver balls which we had lying around in the cupboard, and Dr. Oetker’s edible wafer daisies, which can be purchased from any large supermarket.

I’m amazed at how well this recipe turned out, especially as I just stuck two recipes together and hoped for the best. The cupcakes looked beautiful and tasted gorgeous. On the next page there’s a few pictures of the process – for the full recipe see . 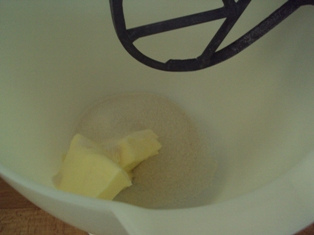 Beating together the butter and the sugar. 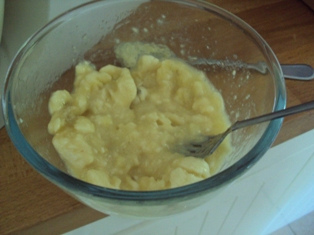 Mashing the bananas with a fork. 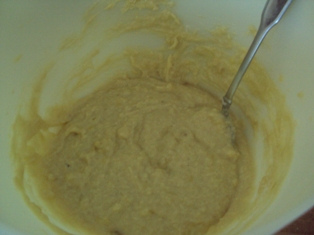 Mixing the batter. Okay, so it’s not pretty, but it tastes like heaven. 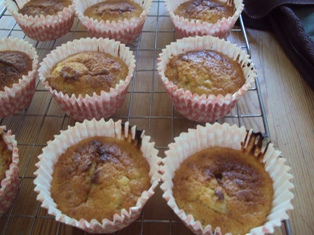 Cupcakes fresh out of the oven.