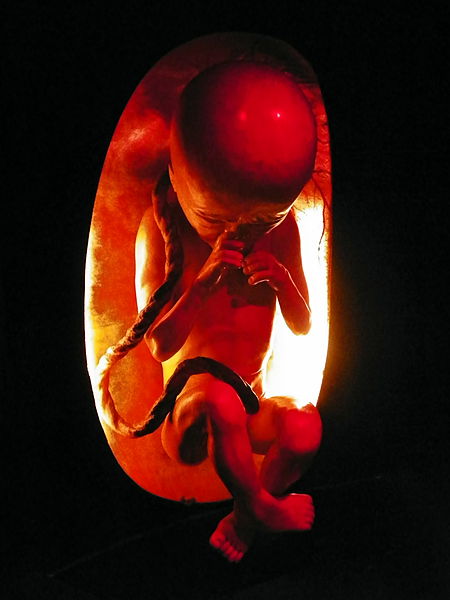 It’s a laugh a minute in there

A recently published paper has suggested that time in the womb for foetuses has little to merit it as an attractive life choice.

Research has shown that foetuses exhibit all the signs of boredom, dubbed Antenatal Tedium by scientists. They are sluggish and apathetic, have limited physical development, regularly yawn, and lack the real world skills necessary for external survival, forcing them to be continuously dependent upon their host for years afterwards. Such characteristics continue for decades, and seem to permanently disadvantage those who undergo life in the womb.

‘It is completely understandable why such sluggishness develops amongst the foetus population: the womb really is a phenomenally tedious place – I should know, I’ve studied the place for the last seventeen years,’ said Dr Gemma Stone, Lead Researcher of the Antenatal Tedium Survey. ‘You’re in constant darkness for nine months, surrounded by the really quite monotonous sounds of the host body functioning. You don’t need to cook or clean or anything like that: it’s no wonder that most foetuses spend the duration of their tenure asleep. All I can say is it’s a good job the government has placed a maximum term on accommodation; otherwise I don’t think anyone would ever leave.’

In response to the report, there has been an increased incidence of pressure groups demanding an end to compulsory womb habitation.

‘It’s absurd,’ said Mary Corwase, the leader of Concerned Observers Against Foetus Occupation of the Womb. ‘People are spending nine months in there, and they don’t even appreciate it. The belief that tenure in the womb is a right must be ended this instant. Womb-living is a privilege, not a right. Landlords should have the right to forcefully evict any tenant which acts as a consistent nuisance.’

While the majority of the foetus population are opposed to any move to end compulsory womb habitation, there is a minority which seems to empathise with their landlords’ concerns and understands the shortcomings of life in the womb.

‘Yes, you get all your meals served to you, and a comfortable place to sleep, but there’s no real choice – you eat what your host eats,’ said Tyler Drissler, newly-emerged from the womb. ‘Your career prospects are virtually zero: for the duration of your time there, you know you’re just getting closer to being chucked out. No one really benefits from the arrangement: the tenant gains no real world experience and the landlord suffers an ungrateful occupier for nine months. Now, would you mind putting me down?’