Sheridan Uppity-Phlipfile in Flipside on 24 October, 2012. 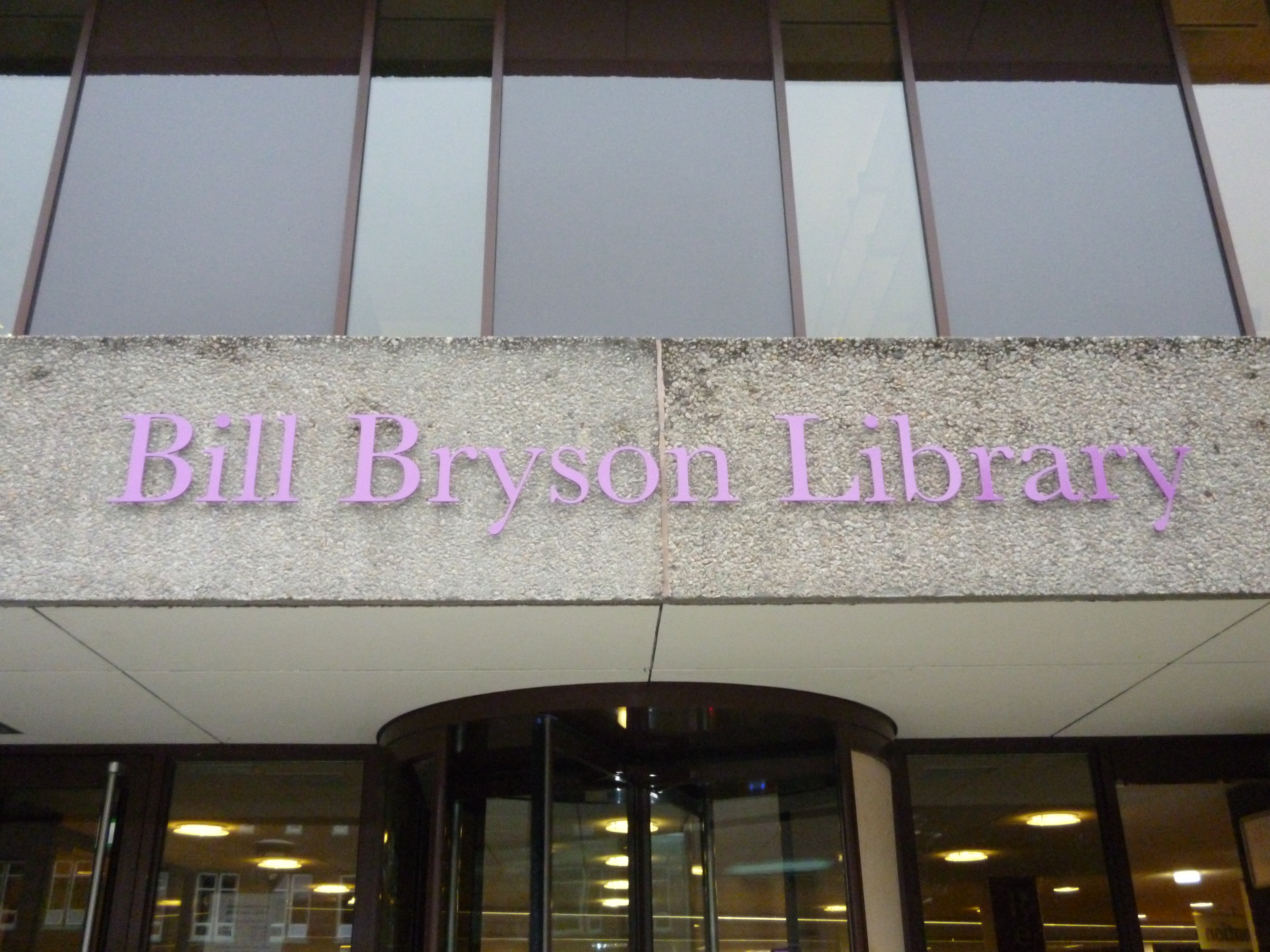 A fitting testament to an absent friend

With the official renaming ceremony of the Durham University Library approaching, an outpouring of testimonies and praise for former chancellor and author Bill Bryson is occurring across the world.

Bill Bryson – famous for his prolific non-fiction writing, including Notes from a Small Island (1995) and A Short History of Nearly Everything (2003) – was chancellor at Durham University from April 2005 to the end of 2011. During this time, he made a phenomenal contribution to the university, mainly in keeping it tidy. It is hoped that the renaming of the University Library to the Bill Bryson Library will go some towards recognising the services which Mr Bryson rendered to Durham.

James Reynolds of Collingwood said: “Bill Bryson was an inspiration and a true friend to Durham students. He was the very archetype of a chancellor, eloquent yet personable, and we still miss him greatly.”

Lisa Grant of Van Mildert said, “He was always ready with a story or a witty remark. I remember the first time I saw him and he brushed past me on the way into the Cathedral – I thought I was going to die.”

Bret Matthews of University College said: “There is still a great deal of goodwill felt towards Bill – I was discussing his moving on with some of my friends and it still feels as if we have lost a family member. I mean, not like a close family member, like your grandmother, but a distant relative, one you would have met a long time ago when you were only this high, like a distant great uncle or something. You know, like you care about them, but not enough to see them at Christmas. It’s great that the university has seen fit to officially rename the library in honour of his memory.”

Jon Purcell, Librarian at the Bill Bryson Library said: “We are all indebted to the work Bill put in as chancellor for the six years he was with us. He was always a keen advocate of books and his support for the library saw us safely through some difficult times. As such, we thought it appropriate to dedicate the library to his memory.”

Nick Symes of Hatfield College said: “If nothing else, it’ll stop the Castle students claiming the entire building as their own.”

Cynthia Hilton of St Cuthbert’s College said: “Bill epitomised everything that it was to be chancellor of Durham University.”

Sir Thomas Allen, the new chancellor for Durham University, said: “He was a great man and it will be a long time before anyone forgets his passing – for a start, there are still gravy stains on these robes. I don’t know, am I allowed to wash them, or is that bad luck?”

Vice-chancellor Christopher Higgins said: “He will be sorely missed.”

When pressed further, the vice-chancellor had this to say: “You mean it’s not a memorial library? He’s only left? I thought he was dead.”