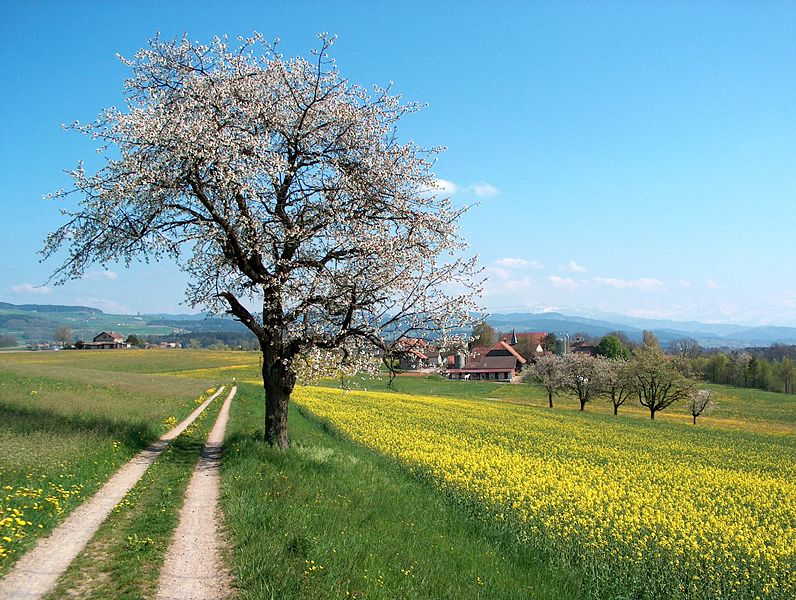 Where the bloody hell have you been?

Following a report by the Committee on Seasonal Standards (aka the Jupiter Committee), the House of Commons yesterday voted to impeach the season spring for “malignant delay and behaviour unbecoming”. As a verdict of “not guilty” is understood to be reached at spring’s trial next week, this impeachment is to serve as a warning against repetition of this behaviour.

Spring’s arrival was delayed by some four weeks, according to conservative estimates, wrecking havoc with national agriculture and public morale. Calls for spring’s impeachment arose last week in the Commons from Alistair Carmichael, MP for Orkney and Shetland. The Committee on Seasonal Standards was formed and has worked over the weekend to produce a 1060-page report entitled An Inquiry into the Practice and Procedures of the Seasons of the United Kingdom of Great Britain and Northern Ireland.

The report concluded that the exaggerated lateness of spring could not be excused by “delays on the Underground” and that such gross misconduct was indicative of a failing of standards in the seasonal department. A further investigation into the Office of Seasons, a public body of the Home Office, has been called and will be held imminently.

“Such behaviour is completely unacceptable for a member of Her Majesty’s Seasons,” said Baron Phillip Jupitus, newly-elected life peer of the House of Lords and head of the CSS. “We have been lenient up till now when it comes to the punctuality of the seasons, but today we are drawing the line. From now on, if any season misses the beginning of its shift, we are going to see it punished with the full force of the law.”

Although spring has declined to respond to press inquiries, a press conference with autumn and winter was held last night in Battersea.

“We could all see this coming,” said autumn, “but none of us thought it would be this bad.”

“I blame the amphetamines,” agreed winter. “I was waiting for weeks for spring to turn up. I rang him several times, but every time I just got a pre-recorded message informing me he was out of the office.”

“This is indicative of exactly the sort of lax standards which modern society has produced,” said Nigel Farage, MEP and leader of UKIP. “Personally, I blame immigration. Before this country opened its borders, the only weather you could find here was British weather – solid dependable British weather. Now, however, we are seeing all sorts: Russian winds, Atlantic rains, Saharan sun. We at UKIP believe we speak for the people when we say enough is enough. I’m not racist, but enough is enough. British weather for British seasons.”