Seals gamble with their pups’ futures 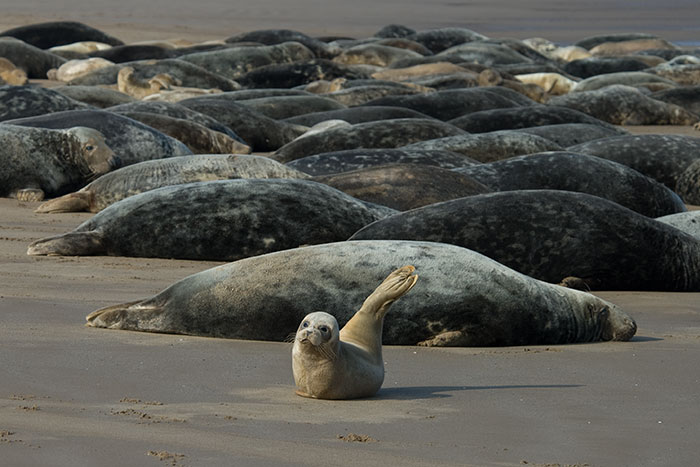 Recent research into the behaviour of grey seals on the Scottish island of North Rona has found that gambling has reached endemic proportions, with parents regularly staking their jobs, houses, and even their pups on the outcome of a single game.

Gambling has long been a problem amongst the seals of Scotland, with public attention first being caught by the illicit baccarat game played by seal mob bosses back in 1951. The national imagination was entranced by the build-up to this game, which is believed to have inspired Ian Fleming to include the game in his debut Bond novel, Casino Royale, in place of the intended game of shove ha’penny. Despite the game being cancelled by police intervention – leading to the demise of North Rona’s seal mob families – gambling has continued to be a problem in the community.

However, this new study, the first since the ill-fated 1987 expedition, has demonstrated just how far gambling has penetrated society. Originally the domain of rich crime lords, the past-time has infiltrated every level of society, from government to the single mother. Casinos have sprung up in every colony on the island, and an entire shadow business has developed converting both material and spiritual possessions into ready cash.

“Yeah, I’ve bought a couple of souls,” said Pristio Selach, a small-scale dealer from the east coast of the island. Known as ‘soul sharks’, these merchants are more than willing to buy souls, cash in hand, thus perpetuating the gambling problem with easy money. “But I never deal in children. I know some guys who do, I can get you their number, but it’s a dirty, dirty business. Souls are one thing, I’ll take your conscience at a push, but children just aren’t good business: they cry and whine, and you need to feed them all the time; it’s filthy work for little profit.”

However, not all dealers feel this way, and a booming trade of children for money has grown. The local government has tried to crack down on it.

But they have failed abysmally.

Self-help groups have appeared, attempting to stem the problem, offering counsel and the promise of a better life, but for most here, the hope offered by gambling is all they need.

“It’s a harmless little flutter,” said Elgo Drasty, as he signed his third mortgage to cover another round of poker. “Everyone benefits, it creates jobs, it ensures the steady circulation of money, and it’s great fun. Now shove off before you jinx me, I’m on a roll.” Mr Drasty lost the game and they took his thumbs.