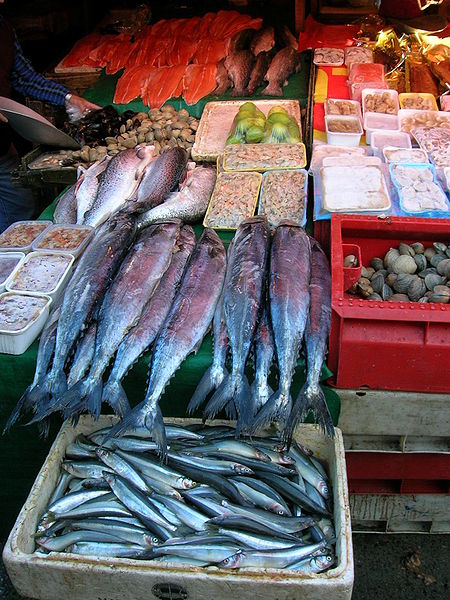 Finding a decent goat in Durham is not as easy as one might think, even more so when one’s perception, sense of orientation and capacity for reason are as stable as a Parkinson patient receiving electric shocks on board a helicopter flying through a hurricane. Somehow I ended up stumbling into the Durham indoor market where the sensory overload produced by all the people and stuff confined in such a small place caused a bit of a panic attack in yours truly. I found myself standing defenceless amidst hordes of objects and people that surely had no higher wish than to do me great harm – I needed a weapon. In one of the stalls I saw what seemed to be a mighty, shiny blade, which I grabbed (there was no time to consult the owner). In the spirit of attack being the best defence and all, I then charged. What ensued was an epic battle, with me fighting on ruthlessly in spite of being vastly outnumbered; overcoming fear and pain by imagining how the bards would sing of my brave struggle for years to come. The bards writing the report for the following day’s local newspaper, however, felt that the following summary was sufficient: ‘NAKED STUDENT ASSAULTS LOCALS WITH SALMON’.

With a display of master fishplay I managed to fend off my enemies and escape the market, and set off homewards as fast as my legs could carry me. Upon returning to my bonfire, I found that:

1) Bob the bathrobe was by now nearly completely consumed by the fire, with the effect that he sounded too much like Tom Waits to be able to complement the subtleties of the Benny the bin’s exquisite tenor and their joint rendition of ‘Dancing Queen’ suffered accordingly.

2) The constabulary had taken an unusual interest in my affairs and had followed me home.

I tried to make it clear to the representatives of the local law enforcement that it was imperative that a goat be found to be sacrificed to Odin, or else the curse of the pink collar would smite us all down and bring annihilation of biblical dimensions upon all men, women, children and fish in both fresh- and saltwater habitats. In hindsight, one can naturally speculate how accidentally doing the Macarena whilst trying to convince them of the magnitude of the impending crisis might have affected the outcome of my persuasion attempt. I only achieved making the law extend its long arm in an attempt to seize my fish, but I made a strong case for keeping it by lying down on the ground in the foetal position, clutching it as tight as I could whilst stroking it chanting ‘myyyy preciooouuussssss’. My adventure then came to an abrupt end brought about by a general loss of consciousness.

This has been a cautionary tale to make the general public aware of the many perils of modern living. The paramount importance of my message should be made clear by the fact that I’m now spending my precious lunchtime in the Palatine Café typing it out. Reaching for my tea, I notice a label on the side of the cup: ‘Caution’. Hah, as if a cup of tea cou-