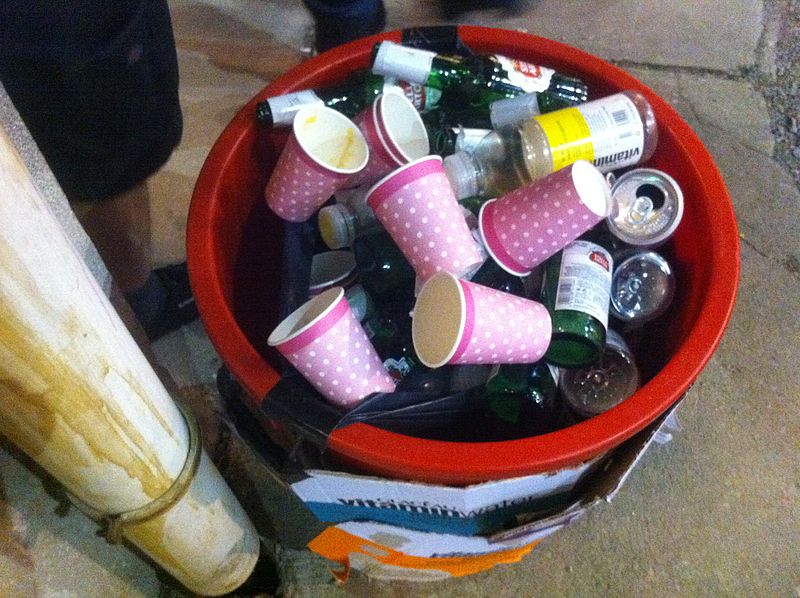 Thus huge amounts of faeces officially made physical contact with a rotating air displacement device. Given my already unstable state of mind, being hit by a flying shoe blew what began as a breeze of uneasiness into a hurricane of frenzied paranoia. Dazed, confused and with a jabbing pain in my forehead I stumbled back downstairs, realizing that my home was full of items purposefully designed to bring death and destruction upon humankind; consequently a pre-emptive strike was necessary. I ripped of all my clothes as fast as I could, and started grabbing random things from my room throwing them all into a big pile in the backyard. Clothes, books, iPod, phone, plastic bags, coat hangers, posters, chairs; nothing was spared. At some point the entire Department of Reason and Logic must have decided to call it a day and sneak out the backdoor of their offices located in the frontal cortex, because the subsequent decision was to defuse the accumulated collection by setting fire to it. I cannot say for certain exactly kind of chemicals and substances that are infused in modern consumer goods, but I soon learned that when inhaled they have a profound effect on the workings of the human central nervous system.

As is customary when one’s brain is under attack by malicious psychoactive substances, and being of a conservative nature not wanting to needlessly go against established traditions, I started hearing voices coming from sources you normally wouldn’t think be in possession of vocal chords, let alone the mental faculties necessary for comprehending and producing language. The bin in the corner, who introduced himself as Benny, delivered a surprisingly good performance of ‘Bridge over Troubled Water’ with Bob, my burning bathrobe, joining in on harmonies. When the fire itself started to speak, commanding me to fetch a goat to be sacrificed to Odin, Lord of Valhalla, I realized that I wouldn’t get any work done on my summative on that day either. It did however seem sensible to try and stay on good terms with Norse deities; thus obeying the burning pile of stuff became the preferred course of action.