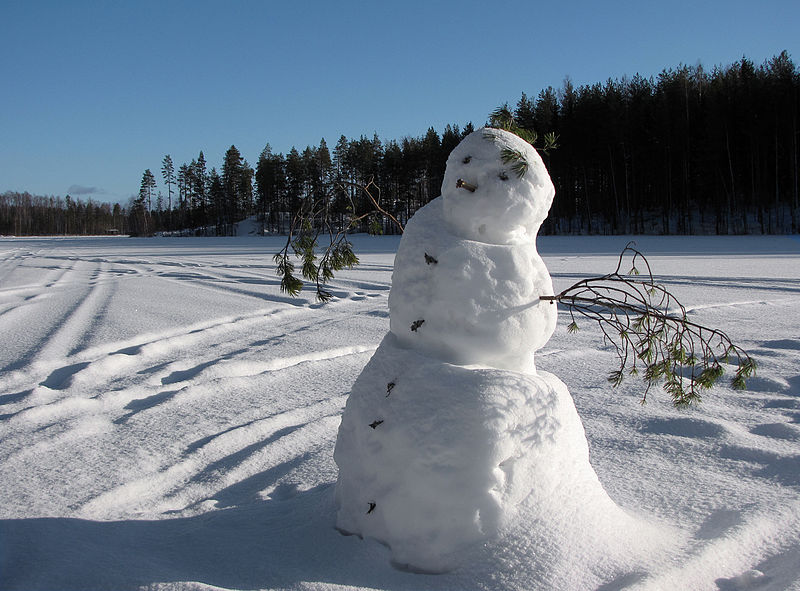 Lonely sentinels of the ice.

Despite certain icy threats received from the International Snowman Security Services, I have decided to go ahead and publish my findings from last night. If you don’t hear anything from me again, it may be because I have had to go into hiding, or even have fled to sunnier climes to escape the consequences of flouting the rules of such a powerful organisation.

So, let’s return to last night, when I set up camp outside Snow Joe’s living area at St. Mary’s. It was cold. It was dark. There was another frosting of light snow beginning. When suddenly, along came a whirling blizzard of icy blasts, which most definitely had eyes. Black ice eyes, which you don’t notice until they destroy you. Sorry if I’m getting a bit melodramatic here, but it was rather late at night. (And scary.) Anyway, it rushed straight past me and up the Williamson Drive. But it did not get very far. Snow Joe suddenly leapt into action, whirling round and round in mid-air, shooting out pebbles, leaves and twigs that sliced through the blizzard creature, preventing it from progressing further up the drive. But the blizzard creature fought back, shooting out icy gusts that made Snow Joe plunge to the ground, and even lose one of his arms. The battle raged. I got very cold. And finally, Snow Joe triumphed; the blizzard creature was ripped to shreds, and floated to the ground, leaking mud onto the pristine snow.

Though rather shaken, I remembered my journalistic duties, and marched up to Snow Joe to ask some questions. Though unwilling at first to answer any of them, once he realised I had witnessed the entire thing, he was more co-operative. ‘Um, yes, er…well, I belong to the International Snowman Security Services. ISSS for short. So did Bill.’

He sighed, in a beautifully melancholic way. ‘We’re stationed in snowy areas, to protect the human civilians from the League of Ice Monsters, who have declared war on humanity because of Global Warming. They used to be harmless you know, playing about in the Arctic with the Polar Bears, but because of ice floes melting, they have had to move. When they realised you lot were causing it, they decided to fight back. Obviously, we’re not too pleased about the whole Global Warming thing either, but we prefer a subliminally emotional campaign to get you to change your habits, rather than outright violence.’ He stopped and looked rather awkward for a moment.

‘So that’s what happened to Bill, and a load others, a mission gone wrong. Agent down, and all that. It’s happening more and more at the moment, because the amount of snow across England means we’re a bit thinly stretched. Anyway, you’re not going to tell anyone are you? The situation could be seriously compromised if our secrets are known, and the ice monsters might find out our plans of counter-attack if lots of humans know about us.’

I think I must have looked rather sceptical at this, as he added, ‘Yeah, maybe you think you can keep a secret, but you know brain freeze? That’s the sign of an ice monster getting into your brain and reading it.’

On ringing up ISSA headquarters, the mysterious Head of Operations, code named ‘Frosty’, refused to comment, but he did not deny anything Snow Joe had said either. I believe I have unwittingly stumbled upon a snowy world of intrigue and bravery, strength and secrecy, and I feel it is only right that you should know what your fellow snowmen are doing, every day, for you.

So if you’re coming out of Klute, or Loveshack, or Market Vaults, and you feel a particularly icy blast, look for a snowman, because there will be one nearby, racing to protect you against this evil league of ice monsters. I feel sure of that.

And if you pass a particularly muddy bit of snow, think before you sigh in disgust at its ugliness. Think of the battle that was lost and won there, the lives that were saved that night, and maybe, the next time you pass a snowman, tip your hat at it, nod your head, or even give it a big hug. Anything, that says, ‘We believe in you. Thank you.’