Cassandra Squall in Flipside on 28 November, 2012. 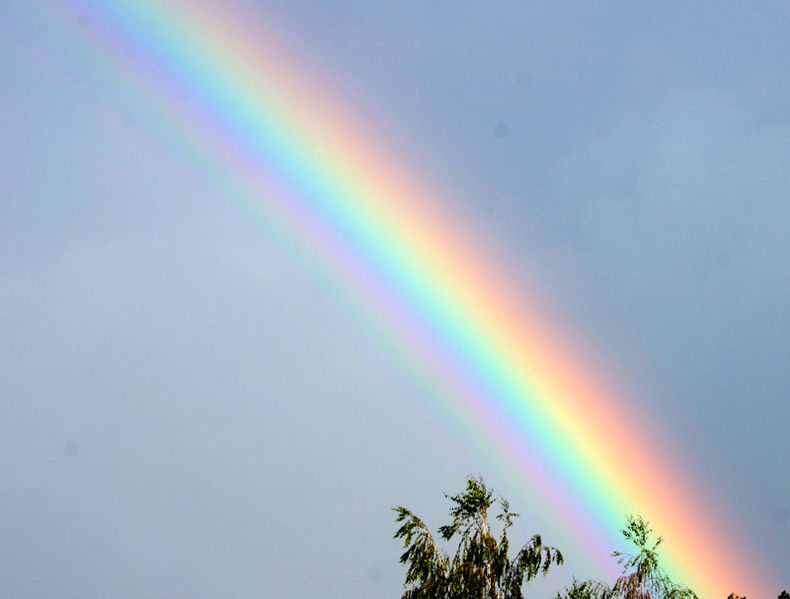 “We promise we won’t do it again.”

Yesterday, God announced that the planned forty day deluge, which was to wash over this bloated, sinful earth and purify it anew, was to be called off, eliciting gasps of relief from amongst the peoples of the Earth.

The Holy Inundation for the Purification of the Lands of This Mortal Coil, known colloquially as the Flood, was scheduled to begin on Saturday and continue for forty days and forty nights. The Flood would wash the Earth clean of all the sinful elements of mankind and leave the survivors to start life afresh – with no surviving infrastructure and the water supply polluted by the bodies of seven billion people.

The procedure to begin the Flood was initiated on Saturday, with torrential rains lashing the world. However, on Sunday evening, a notification was circulated throughout the Department for Divine Purification ordering that all operations of the Inundation Machine cease immediately. Whilst the project was successfully terminated before reaching optimum capacity, the rains did not cease until Tuesday morning, and further water dumps are expected over the coming weeks to reduce the pressure. However, not all preparations could be so easily dismissed.

“What am I supposed to do with it?” said Noah from his cottage in Suffolk, upon hearing the news that God had cancelled the Flood. “I mean, what do you do with a huge-ass boat containing every species of animal known to man? Do you know how many species of beetle there are? I had to collect a pair of every single one of them – and not any pair: had to be male and female of mating age, took me forever. Back in the good old days, I could have relied on my sons to help, but no, not today. Now they’re more concerned with this MiiVerse rubbish. Taking the biscuit they are.

“So, a couple of months ago, God popped down for a quick chat, and as he was leaving he said to me, ‘Oh, I’m planning a flood, hope you don’t mind doing the old routine?’ Well, I’m not as young as I was, but I’m perfectly happy to do my duty to my Lord. But now he’s expecting me to put all the animals back where I got them from? Sure, London Zoo will be happy to get their lions back, as will old Mrs Biggs from next door, but you expect me to trek into the Amazon to put some spiders back? I’m scared to go into that ark; I’m seriously contemplating a couple of tons of TNT and turning my back on the whole thing. God had better be sending me a damned good Christmas card this year, not like last year’s rubbish.”

“With hindsight,” said a spokesperson for God, the archangel Raphael, “the decision to announce the Flood and then cancel it at such short notice was a mistake which will not occur again. The divine ministries did not wish to cause any discomfort for any individuals, and the cancellation was a last-minute response to the consideration of new facts which were not in our possession at the time of initiation.”

“What with the threat of flooding, and the risk of a Mayan catastrophe, I haven’t even started planning for Christmas,” whined Lisa Lebenhard upon hearing the news. “This is just typical of the divine administration: for months they promise the destruction of all mankind, and then it’s just another U-turn.”

In response to allegations that God had promised never again to send a flood, Raphael responded, “It was a pledge made with the best of intentions, but we shouldn’t have made a promise we weren’t absolutely sure we could deliver.”