The Tale of the IMF and the World Economy 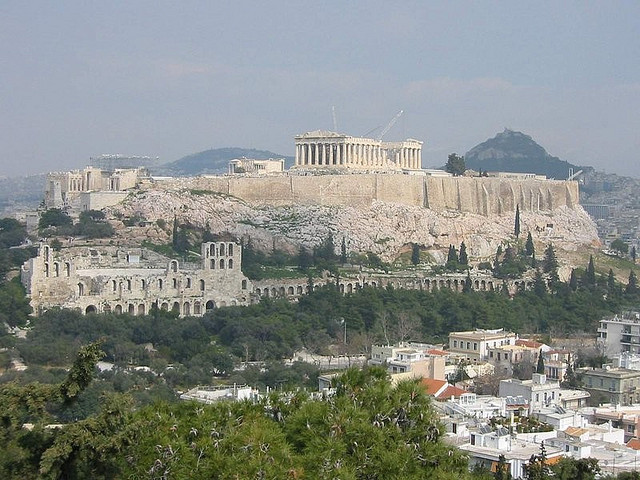 The blogosphere has been much a-flurry in recent days after London Mayor Boris Johnson’s provocative outburst against the Greek bailouts. In an article written for The Daily Telegraph (which Boris perhaps only wrote because he thought using ancient Greek dramatic terminology would seem both erudite and droll), he condemns the Greeks for accepting bailouts from the EU and IMF. He parboils the suggestion that it is a ploy to bind EU countries together into a United States of Debt, sprinkles on a good bit of finger-pointing and after a healthy dollop of national stereotyping reaches a rather unsavoury conclusion. However, not much can hide the flavour of misdirected blame.

Greece was, as a nation, hard-working, economically productive and generally strong before the credit crunch. Out of all the OECD countries bar South Korea, the Greeks worked the most hours per year (on average 2120 hours compared to the average Brit at 1653 and German at 1430). Furthermore, their productivity – the GDP earned each hour – was higher than both the UK’s and Germany’s. However, like many of the banks that EU governments are now propping up, they had a perilously high level of spending and debt. When markets began to falter, the government could do little to support its nation’s private and public sectors.

But amid the confusion of his Sophoclean exercise, Boris sometimes manages to hit the nail bang on the head:

“The trouble is that the Greek austerity measures are making the economy worse.”

This is a brave admission for someone with such sway over his party’s public appeal – especially when he mentions that it is the Coalition who are, “alas”, sticking to the status quo in the Eurozone. In reality, he is absolutely right on this point. The savage level of cutting that the IMF and Eurozone members, most notably Germany, have demanded in exchange for their loans is having a harrowing impact on the Greek people. Income has fallen, not risen in the past year because of such extended “austerity”. Now, as Boris outlines, they are faced with 16% unemployment (and 40% youth unemployment). British national debt is 60% of GDP, theirs is 160%. The worst thing about this last figure is that one third of the debt is purely from servicing interest.

It does not take an economic genius to realise that providing such brutal loans will not help a country already dangerously in debt. The Versailles Treaty comes distinctly to mind.

This point Boris does not fail to make. But his conclusion demonstrates a level of economic crassness that would need some serious defending before implementation. He suggests that Greece should simply default on its loans (i.e. not pay) and leave the euro. He does not consider the massive domino effect that this would have not only on France and Germany, who are owed the most by Greece, but the whole of the Eurozone and the EU. If Greece defaults, the markets will lose the rickety amount of trust they have in Portugal and Ireland, meaning that those countries will get no investment. Thus, further bailouts from the EU – quite unlikely if Greece has already defaulted – followed by further countries also defaulting. And what’s more serious for the UK about Ireland is that we have an awful lot more invested there than in Greece. The effects of a Greek default could not only severely damage economies further down the line; they would wreak havoc socially and politically across Europe.

But another curious yarn that Boris chooses not to spin is that of the IMF. The IMF, or International Monetary Fund, was established at the end of World War II to help stabilise the world’s economies at that turbulent time. However, the way it goes about assisting troubles economies invariably requires slashing public spending, privatisation and a distinct loss of sovereignty. Most strikingly perhaps is the example of Malawi in the early ’90s, where the IMF demanded cuts so stringent on the government that they were no longer permitted to subsidise fertiliser for their predominantly agrarian population. They later had to sell off all their stockpiled grain just to settle the ridiculously high levels of bank interest they owed. The following year, in a country already stricken by AIDS, there was a famine, for which organisations like ActionAid held the IMF responsible.

The Malawian government then did something rather unexpected. It told the IMF to get lost. And now the country, according to the recent article by Johann Hari, has grown out of its economic hardship and has even been able to supply aid food to neighbouring countries.

But this is not a lone example of the IMF’s economic failures. They also failed to spot the escalating risk in countries like the US and the UK before the financial collapse – although economic turbulence is precisely their area of expertise. Meanwhile, they are held accountable to no-one and were free to continue after the credit crunch, not only without blame, but indeed with the increased responsibility of managing Europe’s flailing states.

So while Boris argues against Greece’s continued Eurozone membership, should he not really be assailing the Eurozone members and the IMF for their destructive methods in dealing with Greece? Greece has little choice but to accept the IMF’s rulings if it is to retain a scrap of financial credibility. But this does not give such organisations the mandate to play the tyrant.