The Situation in Syria 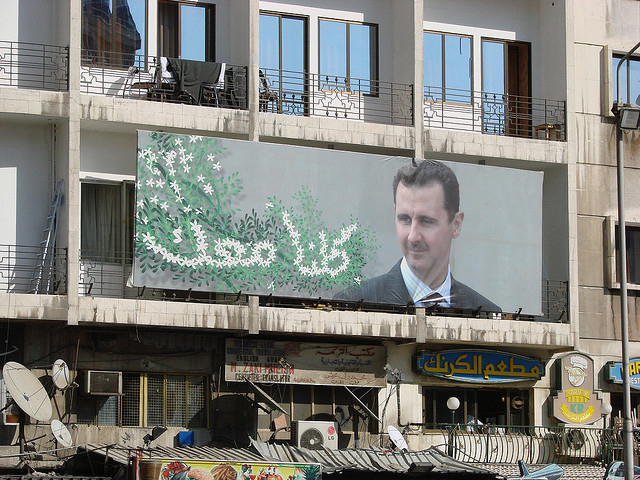 The Arab League-imposed deadline for Syria to end its crackdown against protesters passed on the 19th November with no sign of violence abating. The uprising that grips the country is now in its eighth month, yet President Bashar al-Assad resolutely holds his position, defying growing international pressure. Syria’s membership of the Arab League has been suspended already, and the sanctions that were threatened should Assad fail to end the repression of demonstrations are now a real possibility, though fraught with difficulties. In principle, Syrian authorities have agreed that an observer mission conducted by the Arab League will be allowed into the country. But, again, many feel this is unlikely to be effective in wresting power away from the regime, and these observers, much like international rights organisations and journalists, could very well have access restricted to them at every turn.

The international community has several alternative policy measures that it may want to turn to in the near future with the hope of more effectively limiting the rising death toll. The next stage appears to involve the creation of a no-fly or buffer zone, talked of most notably by Turkey, in an attempt to protect Syrian civilians. This could end up just part of a Libya-style intervention by international powers, probably led by European forces.

The extent to which a buffer zone would be effective, however, may depend on the ability of Syrian revolutionaries to firmly establish a fixed geographical stronghold that would act in much the same way as Benghazi did in Libya. At present, the uprising may be too scattered and disorganized to make best use of one. Still, some insist that this is all the more reason for some kind of external involvement. Given a well-enforced buffer zone to occupy would surely be to the advantage of opposition movements in the longer term. If anything, it would serve to focus their energies and provide a firmer foundation from which to operate.

Hindsight is a wonderful thing, and reflecting on the intervention in Libya, it can certainly be argued that Western leadership produced a successful outcome. Even some of the most vocal opponents of entering Libya originally agree on this account. This being the case, what enrages Syrian and other Arab communities living under dictatorship is that Libya was seemingly made an exception to a policy of non-intervention in the Arab Spring. The motivations behind intervention in Libya and Syria would, at this stage, seem sufficiently similar to compel countries to act. Reports suggest that to date approximately 3,500 civilians have died at the hands of the Syrian authorities. Deaths are deaths. Tyranny is tyranny. There is no sign of the violence receding. A member of a recent Question Time audience put forward the contemptuous question: ‘How many more people have to die before Britain considers a Libya-style intervention [in Syria]?’ This is a question the people of Syria understandably want an answer to.

The response from former editor of the Times and Evening Standard Sir Simon Jenkins was unequivocal: ‘It’s not my country’. With record levels of debt, and action in Libya still fresh in the mind, backing for humanitarian intervention in Britain especially appears to be at an all time low. A key barrier to undertaking any operation is a lack of political consensus. Russia has declared Syria to be on the brink of civil war, whereas France and USA are adamant that this is not the case. Within countries, opinion is similarly divided. This may be enough for governments to default to inaction. At the end of the day, it is likely that the Arab league will have to go it alone when action, if any, is to be taken.