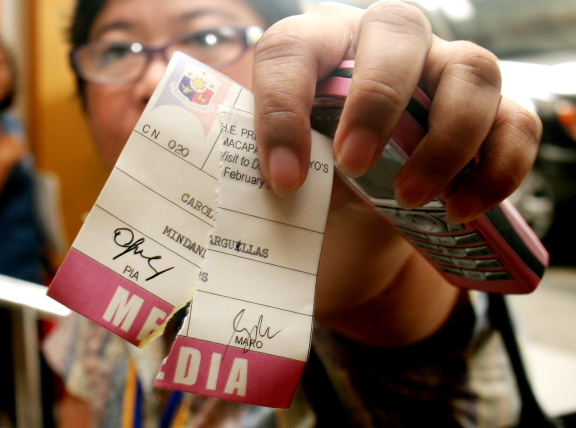 2012 saw an unprecedented rise in the number of journalists killed and imprisoned for their work.

In November 2012, the United Nations Educational, Scientific and Cultural Organization (UNESCO) recorded the deaths of more than 100 journalists in that year. The number reflects the deadliest year for journalism since the body started keeping records on the issue. As a result, after two days of discussion between UN agencies, independent experts, governments, media houses, and civil organisations, the UN issued a Plan of Action on the Safety of Journalists and the Issue of Impunity. The plan pledged to improve the safety of journalists and prosecute those who commit crimes against them.

The question as to whether or not the plan has improved the situation of journalists is a difficult one to answer, as the UN strategy has yet to be implemented in many countries. Nevertheless, recent statistics show its implementation is imperative. The ‘attacks on the press’ report issued on February 14, 2013, by the Committee to Protect Journalists (CPJ) describes a worrying continuation of the results found by UNESCO last year. The report documented an unprecedented rise in the number of journalists killed and imprisoned in 2012, as well as state censorship and restrictive legislation prohibiting the freedom of the press in many countries. CPJ identified 232 journalists behind bars because of their work in 2012, an increase of 53 from 2011 and the highest since the organisation began its annual surveys in 1990. Furthermore, 70 journalists lost their lives while working in 2012, a 43% increase from 2011.

The report also identifies ten states where significant downward trends in press freedom occurred in 2012. Syria has predictably become the world’s deadliest place for journalists. According to the report, at least 28 journalists were killed in Syria between January 1 and December 10, 2012. The country ranked third on the CPJ’s list of most censored countries as the Assad government suppressed independent coverage of the uprising. The Syrian authorities have disabled electricity, the Internet, and phone networks to prohibit the flow of information, and tortured journalists to extract online passwords. Other authoritarian states listed on the ‘risk list’ include Somalia, Iran, Vietnam, and Ethiopia.

Surprisingly, the other half of the ‘risk’ countries listed by the CPJ all exercise some form of democracy and have significant international influence. They include Ecuador, Brazil, Turkey, Pakistan and Russia. Ecuador, for instance, enacted legislation in 2012 suppressing the news media from promoting political candidates in the 90 days before an election. The Ecuadorian media is also prohibited from publishing any information about an election in the 48 hours leading up to the vote. Brazil, similarly seen as a progressive state, saw 191 orders to remove online material in 2012, according to Google. This judicial censorship is carried out by businessmen, politicians, and public officials claiming that journalists have offended them or invaded their privacy.

The CPJ report highlights that limitations on press freedom can have severe repercussions on the effective functioning of democracy. For example, Ecuador’s media policies concerning elections are widely held to benefit Correa’s bid for re-election this weekend. According to a recent OSCE report, ‘no nation can hope to develop democratically without the free expression, publication and distribution of ideas and opinions. Democratic societies only can function sustainably when people are well informed, are able to access and share information freely and can debate ideas.’

The unprecedented number of physical attacks on journalists recorded by the CPJ also demonstrates the danger of limitations on press freedom for society. The UN Under-Secretary-General for Communications and Public Information, Peter Launsky-Tieffenthal, emphasized in November 2012 that attacks on media workers have a far-reaching effect. At the UN Inter-Agency Meeting on the Safety of Journalists and the Issue of Impunity, he said: “these attacks – not only the many murders and physical assaults, but also the countless abductions, the acts of harassment, the illegal arrests, the arbitrary detentions – have an impact that reaches well beyond the personal suffering of the person involved […] they aim to silence the journalist and, by extension, all of us.”

The record number of deaths, numerous imprisonments and widespread censorship might provide a depressing reading of the CPJ and UNESCO reports, but the UN’s Action Plan outlines a series of activities to abolish such abuse. They include helping governments develop laws on protecting journalists, raising awareness of the implications of the suppression of a journalist’s freedom of expression, providing safety training courses for journalists, establishing emergency response mechanisms, and strengthening the safety of journalists in conflict zones, among others.

UNESCO suggested that the plan be implemented in a comprehensive manner beginning in Iraq, Nepal, Pakistan, South Sudan and Latin America. This month, South Sudan became the first State to adopt the UN-backed initiative as part of a broader UN peacekeeping mission. The plan will be developed by the South Sudanese Government in cooperation with UN agencies including UNMISS, UNESCO and the Office of the UN High Commissioner for Human Rights (OHCHR).

The country ranked 124 out of 179 in the 2013 World Press Freedom Index compiled by Reporters Without Borders. The country’s drop in rankings came after the murder of a columnist as news organizations and journalists awaited the approval of new media laws. Due to the country’s short yet bloody history of press freedom, there are already concerns about the effective implementation of the UN plan. Freelance journalist Joseph Oduha told Voice of America that the plan “can really help,” but voiced concern as to whether there are safeguards in place in the event that the government should violate the it. Only time will tell if the test drive in Sudan will function effectively. Nevertheless, it seems the international community is finally taking action concerning the freedom of the press.