The Iranian Threat and the U.S. Elections 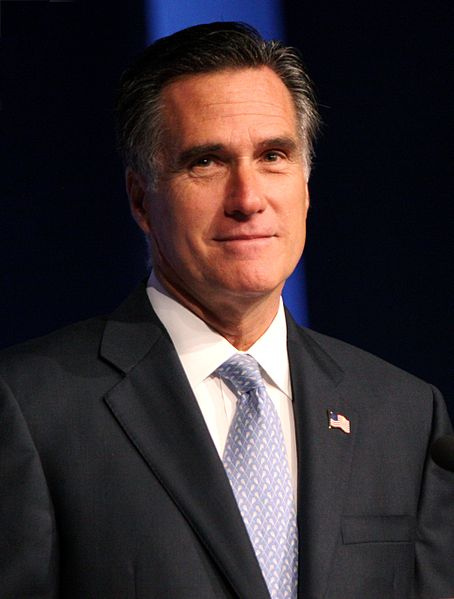 Mitt Romney, who stated that Iran was “the greatest national security threat”.

With just over a week until the American presidential election, the possibility of a military confrontation between a nuclear-armed Iran and a US-backed Israel seems greater than ever before. In an election focused mainly on domestic economic issues, the amount of discussion surrounding Iran in the lead-up to the election has been striking. During Monday night’s presidential debate on foreign policy, Iran was mentioned almost 50 times – more than Afghanistan, Iraq and China. Mitt Romney also called Iran “the greatest national security threat” facing the United States.

The cycle seen in recent months is a familiar one: Iran enriches more uranium, the US imposes more crippling sanctions, and war rhetoric in Israel escalates. This vicious cycle has occurred under several recent American administrations. The past few months, however, have seen what Tel Aviv journalist Gideon Levy has called a “serious escalation” that is “different from other times.” Nevertheless, the cycle’s explanation remains entrenched in the same global legal and economic forces.

Iran is authorized under international law to enrich uranium as outlined by the Non-Proliferation Treaty (NPT) of 1968. Like all other signatory ‘non-nuclear weapon states,’ Iran has a legal right to produce and use nuclear power for peaceful purposes, including energy production. As a compromise, the NPT also requires the five signatory nations with nuclear weapons to move toward complete nuclear disarmament under Article VI. All five of these countries, including the US, remain in violation of this article. Furthermore, despite Iran’s legally sanctioned right to nuclear power, the US has exerted considerable pressure on other countries to impose UN Security Council sanctions against Iran due to its nuclear efforts.

Despite the NPT, the US remains determined to halt uranium enrichment in Iran. During Monday’s debate, the candidates issued a strong warning that sanctions and diplomatic efforts may have been exhausted. Romney told ABC News in September that his ‘red line’ concerning Iran was the same as Obama’s: that Iran may not have a nuclear weapon. During the debate and on his website, however, Romney’s stance is much more similar to Israeli president Netanyahu’s ‘red line:’ that Iran may not “possess nuclear weapons capability.” Under this logic, Romney has already justified an imminent invasion of Iran, as the country already possesses nuclear capabilities under the Non-Proliferation Treaty. Meanwhile, Obama’s stance allows more time for diplomatic efforts as the construction of a nuclear weapon is years away. In the debate, Obama repeated his consistently firm position on Iran, saying “as long as I’m the president of the United States, Iran will not get a nuclear weapon.”

American distrust of Iran’s nuclear capabilities is contentious as more extensive military build-ups and nuclear armaments have occurred elsewhere in the world without US concern. Clearly, the possibility of a nuclear-armed Iran is not America’s only worry. Far more longstanding are American concerns over Iran’s efforts to consolidate power and influence, especially economic influence, in the Middle East. Indeed, by 2007 Iran was no longer using the dollar to sell oil. Oil economist William Clark attributes this change to a new ‘euro-based international oil-trading mechanism.’ Clark has also said that ‘without some sort of US intervention [in Iran], the euro is going to establish a firm foothold in the international oil trade.’

Romney and Obama’s consistent reminders of domestic economic issues during the debate were therefore not off the subject of foreign policy. On the international stage, the US has lost much of its influence due to the financial crisis and its over-stretching wars. While other countries are converting their economic success into geopolitical power, America’s economy cannot keep up with its powerful international role. Both presidential candidates alluded to this situation in Monday’s debate. Romney, for instance, claimed that “to be able to fulfill our role in the world, America must be strong […] for that to happen, we have to strengthen our economy here at home.” Regardless of whether the next president will succeed in re-strengthening the economy, it seems as though the country’s foreign policy will continue under the assumption of American affluence.

In his first term as president, Obama has enforced heavy sanctions on Iran, which seem to have given him much credibility in the realm of foreign policy. But when observing Europe’s participation in the sanctions, they reflect America’s declining power. In March, the European financial system Swift prevented 30 Iranian banks from doing business in euros. The US also prevented Iran from doing business in dollars. European sanctions are largely what led to Iran being ready to start one-on-one diplomatic talks with the US, which the New York Times reported this week. Although the Obama administration denies this, the New York Times stands by their report. Iran’s political position may now be at a breaking point in terms of nuclear negotiations as the country is unable to do business in dollars or euros.

Iran’s current predicament is therefore not a testament to American influence but rather its fading role as a ruling financial empire and need to resort to allies. Without Europe’s help, the US could not have exerted a sufficient amount of pressure on Iran. But whether the next US president will adjust his foreign policy to America’s diminishing economic role remains to be seen.